5 Reasons To Love Minsk, According to People Who Live There 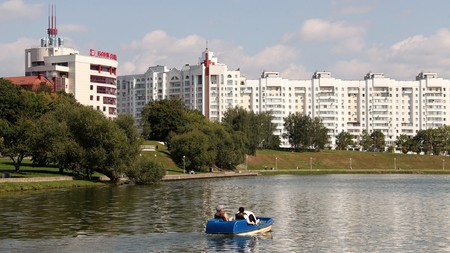 Get the inside track on the Belarusian capital, according to the people who live there – whether you’re looking for street art, Soviet architecture or techno-fuelled raves.

With contemporary art exhibitions and a burgeoning foodie scene, vibrant street art and monumental Soviet architecture, Minsk is beginning to draw visitors as an under-the-radar city break destination. Five residents of the Belarusian capital spoke to Culture Trip about what makes their city so special: lush green parks, industrial architecture in Kastrychnitskaya Vulica, abundant museums and sensational fresh produce are just a few of the reasons they believe that Minsk has it all.

Minsk’s street art credentials centre largely around the Vulica Brasil street art festival.“Vulica Brasil came into existence as a result of the cross-cultural collaboration between Belarus and Brazil,” explains co-organiser Mila Kotka. “Our biggest challenge was to introduce the concept of street art to Minsk, where you couldn’t find a single mural, and where graffiti and stickers were immediately scratched off the walls by the ardent street cleaners.” In the five years since the festival was first held, the city has acquired more than 50 unique murals. “The event attracts beginners as well as internationally known street artists,” adds Mila, noting that for several years in a row they had OSGEMEOS as the festival’s headliners – the twin brothers from São Paulo who number among the world’s most renowned street artists. 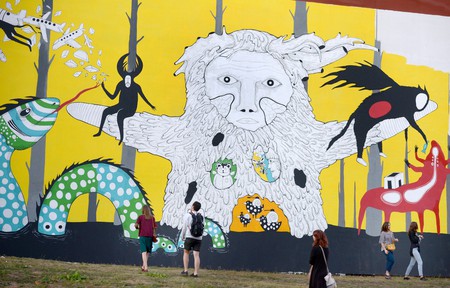 The festival provides a month-long residency for selected artists and architects, who then start working on their projects across the city. “The scope of projects is not limited to street art, and includes sculpture, performance, and every other means of achieving urban creativity and sustainable development,” Mila explains. The festival ends with a large open-air party with street dance battles, batucada drum orchestra, concerts, and performances. “We recently switched to the biennale format, so the next festival will take place in 2021. It will be something completely new, I promise you,” she concludes.

Minsk is a 24/7 city, and there’s nowhere better to discover this than Kastrychnitskaya

According to Artem Artashevsky, an electronic musician, Hooligan bar kickstarted the transformation of Kastrychnitskaya. “It was a desolate industrial area filled with old, outmoded factories,” says Artem. “But within a decade or so the street had turned into a vibrant centre of local life with some of the best concerts, festivals, and street food in the city.” The old tram tracks running through the street are a reminder of what this place used to be.

“I’m not going to lie, my favourite venue is also located in Kastrychnitskaya. Ok16 is a creative cluster where artists of all sorts experiment and create new projects together. Something is always happening there,” continues Artem. He recently went to Litvak Klezmer Fest and listened to frantic clarinets and Yiddish singing, and just a couple of hours later partied to a Berlin-based techno DJ next door. “The rave parties under the brand @siyanie give Minskers a taste of legendary Berghain,” says Artem.

Foodies will be in heaven

Ksenia Vyatskaya has been organising a local food festival in Minsk for the last two years. “It’s based on the concept of slow food: promoting local products and traditional ways of cooking. The festival format allows the guests to try out new food and get to know the people who grow or produce it,” she explains. She proudly announces that more than 20 farmers participated in the festival in 2019 – almost twice as many as the year before, demonstrating the growth of the festival. Inspired by village feasts, they set out a long table with cheese, butter, bread, eggs, pierogi and more. “Everyone loved it!” Ksenia says, smiling.

“What local products would I recommend?” Ksenia muses for a moment. “Vineyard snails. They are not so popular in Belarus just yet, so the majority of snails are exported – you can find them in local restaurants, though. Then, whenever you come across freshwater fish – be it carp, perch, or pike – rest assured, it’s local. Belarusian rivers and lakes are teeming with fish,” she recommends. 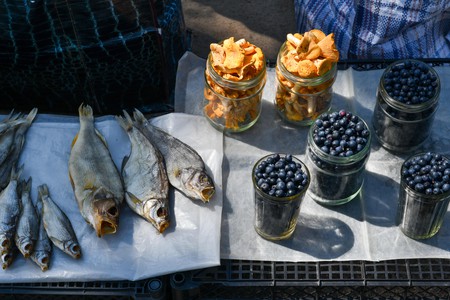 Locally grown fruits and vegetables, along with locally sourced fish, can be found at markets throughout Minsk | © Felix Lipov / Alamy Stock Photo

The cultural landscape is diverse and dynamic

Iryna Lukashenka, an art manager and co-founder of the ARTONIST creative space, highlights Minsk’s many galleries and art spaces. “The Ў Gallery is perhaps the first independent gallery in Belarus showcasing high-end contemporary art from around the world,” says Iryna. CultKorpus is the second on her list. This cultural hub occupies a former Soviet factory and hosts concerts, educational lectures, movie nights, exhibitions and jumble sales, among other things. “I admire the people who put their heart and soul into creating this space,” continues Iryna. “They did a good job: the atmosphere, the cosy courtyard and café, even their cat Chimera makes you feel like you are in the right place.”

“Of course, I can’t fail to mention the National Art Museum of Belarus: apart from its impressive collection of more than 30,000 artworks, it often has noteworthy temporary exhibitions organised with the help of young curators,” Iryna adds. 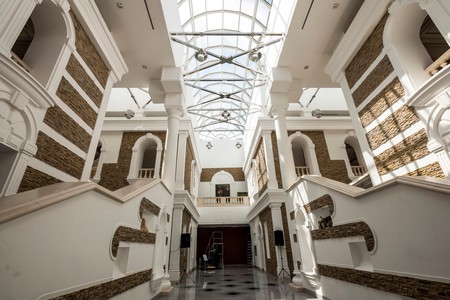 Soviet architecture and parks take you back to another era

“What first comes to mind is Independence Avenue (Prospekt Nezalezhnosti) – a long avenue with a remarkable ensemble of Stalinist architecture,” explains Nataly Nemkova, a local architect. She points out that Minsk is a home to some magnificent examples of Soviet modernism, such as the Minsk Sports Palace and the “Moscow” and “Oktyabr” cinemas. Another landmark, according to Nataly, is Vierchni Horad – a historical district of Minsk, where the Holy Spirit Cathedral and Minsk Town Hall tower above the Svisloch River. 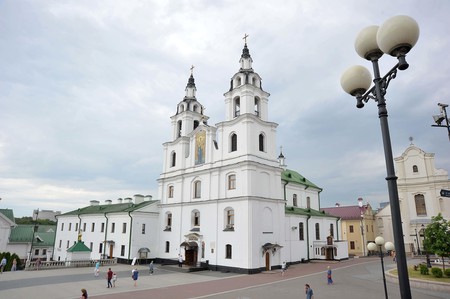 “The Svisloch river defines the city more than anything,” adds Nataly. “The surrounding parks create a continuous green area, which greatly improves the air quality. The Svisloch is the main water artery of Minsk, a part of the Vileyka-Minsk water system, which at the time of its creation was a unique and complex project.” The river crosses Minsk from the north-west to the south-east, and is easily accessible from nearly any point in the city. “Minsk wouldn’t be the same without it,” she says resolutely.