The Best Things to See and Do in Grodno, Belarus 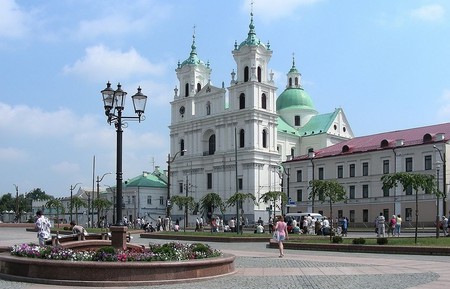 A city in the far west of the country, just 12 miles from Poland, Grodno (also written Hrodna) is a hidden pearl in Belarus. This city is the final frontier between the current European Union and what was once the former Soviet Union. Most tourists visiting Belarus stick to Minsk and the country’s UNESCO World Heritage Sites at Nesvizh and Mir. However, the Grodno region has recently relaxed its rules on visa entry (check the Grodno visa website in advance to see if you require a visa or not), and it is a wonder to visit. This list of top sights is proof that Grodno needs to be on your list. 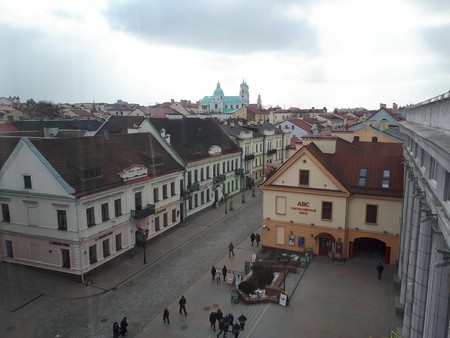 Situated in front of Soviet Square, this unmissable green and white architectural church gazes down upon everything around it. Step inside and feel the glory within. This church is the city’s main cathedral and dates back to 1678. A few hundred years on, it still acts as a central monument in the city and is popular with Instagrammers. It is known as the St Francis Xavier Cathedral and regular services are held. 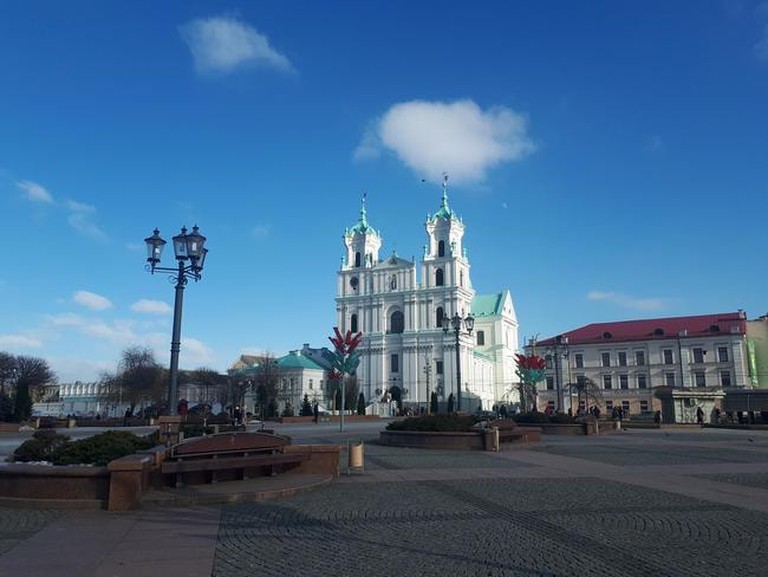 If you research in advance, try and be in Grodno for a military parade. The February public holiday is known as the Defender of the Fatherland and Armed Forces Day and is a good time to visit. Other military parades are held on national holidays. At other times of the year, there are often displays of tanks and guns used by the Belarusian army. Parades are held in and around Lenin Square. 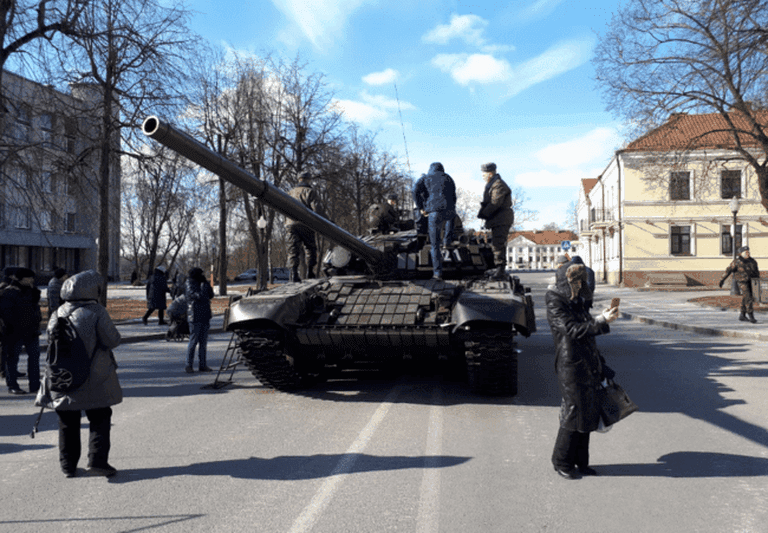 Grodno has a few leafy parks in various parts of the city. Park Zhilibera is the most central and it features an important Soviet War memorial. It’s also the venue for many fun fairs and markets. You’ll find it right by the river and it has quite a few cafes and cosy bars with beer gardens. 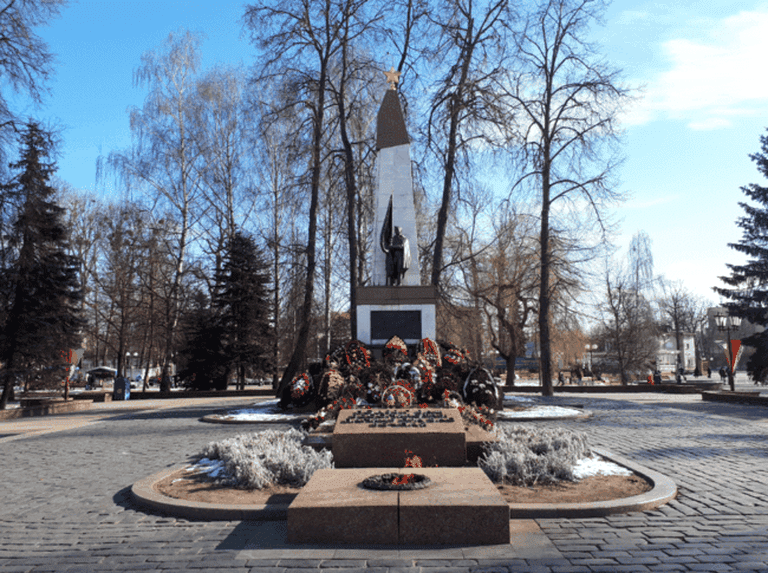 The Old Castle in Grodno is a fantastic way to spend a few hours. It is housed on a high hill by the river; you can access it via a bridge. Inside is a magnificent museum. Prepare to be amazed by the three floors of history here. The exhibitions are vast and take guests on a journey from the prehistoric times, through the middle ages to modern day. This city has played a pivotal part in Polish, Soviet, Russian, Prussian and European history for centuries. Before 1945, the city was part of many different empires and political systems. At that time, it was Polish. However, in 1945 the city became part of the former Belarusian Soviet Socialist Republic, which was the precursor to the now independent Republic of Belarus. 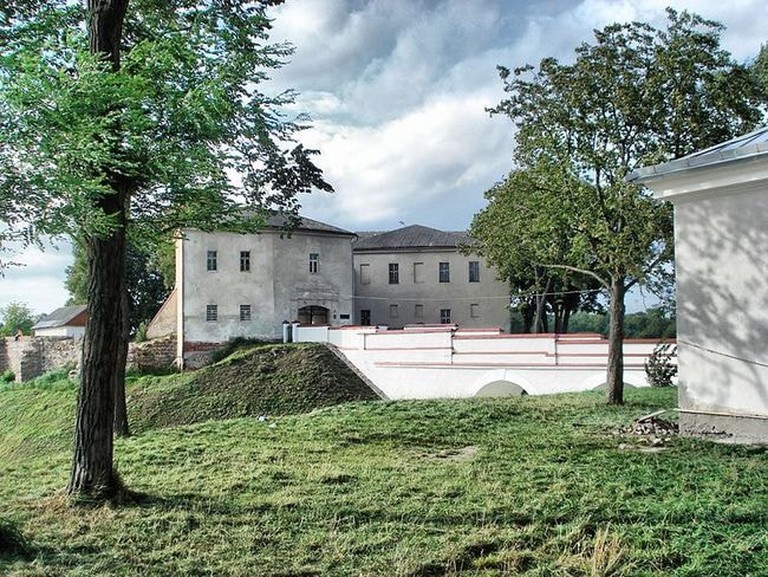 Dine with a view of the city at Bolshoi Buffet

A surprising sight for those who visit is Grodno’s very fine Bolshoi Buffet. It’s a splendid top floor restaurant offering superb views of the city and cheap, hearty, food. There are plenty of local and international options on the ever changing menu, but you can always rely on the staples of good potatoes, carrots, broccoli and beetroot. The bar is licensed with local and foreign beer and it’s on the fourth floor of the Neman Mall on Soviet Street. 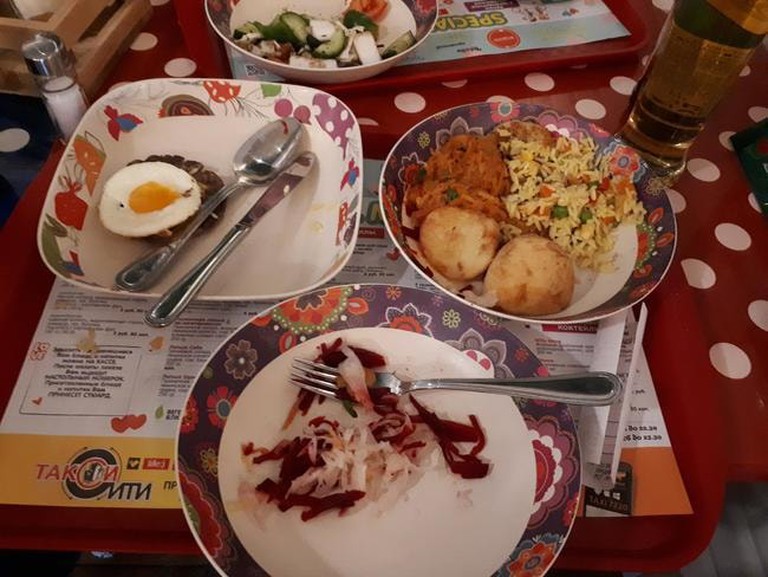 Grodno has an up-and-coming bar scene, which continues to be more eclectic as the days go by. Intertwined with traditional soviet style hangouts, expect to visit an Irish Pub, a London pub and some trendy craft beer bars. Start off in the hip Nesterka neighborhood on the corner near the New Castle. Then head down Soviet Street to bars like Карчма (The Old Inn) and Cuba, which is on Kalyuchinskaya Street. Please note that some bars are cash only. Don’t forget to try cheap Belarusian vodka with the locals. 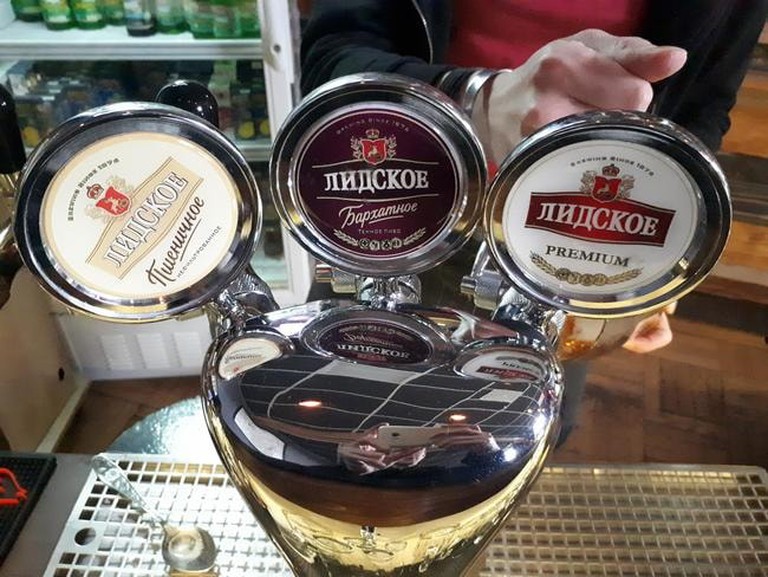 Stroll along the river Neman

Grodno has a calm river called Neman, which runs right through the city. Saunter along its banks admiring the views, the sense of peace and the skyline. The city’s two castles and one of its churches also overlook the river. There are a few great cafes and eating spots along the riverside, including the recommended Korchla u Prichala. 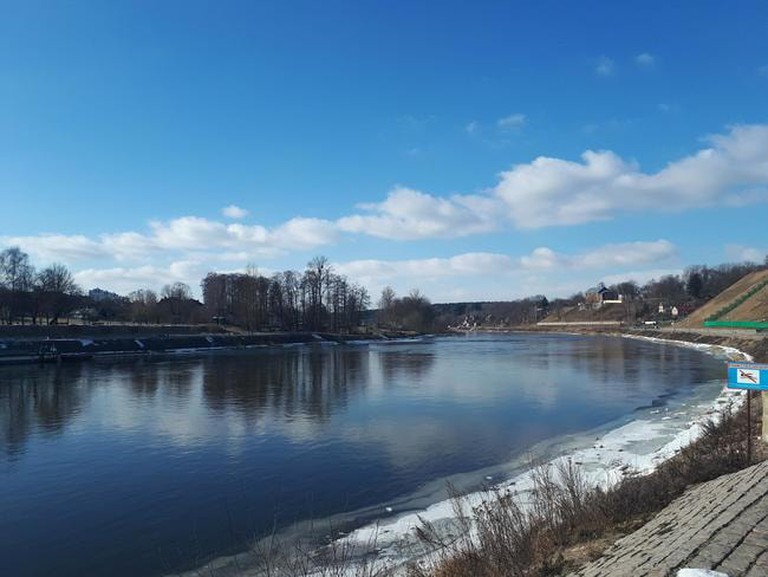 Lenin stands tall and proud as a prominent statue in front of the city hall. The square itself is called Lenin Square. Aside from the Lenin statue and the city hall, there is also the charming Shakespeare Cafe. It’s a cool place to relax with a hot coffee and plan your route through the city. 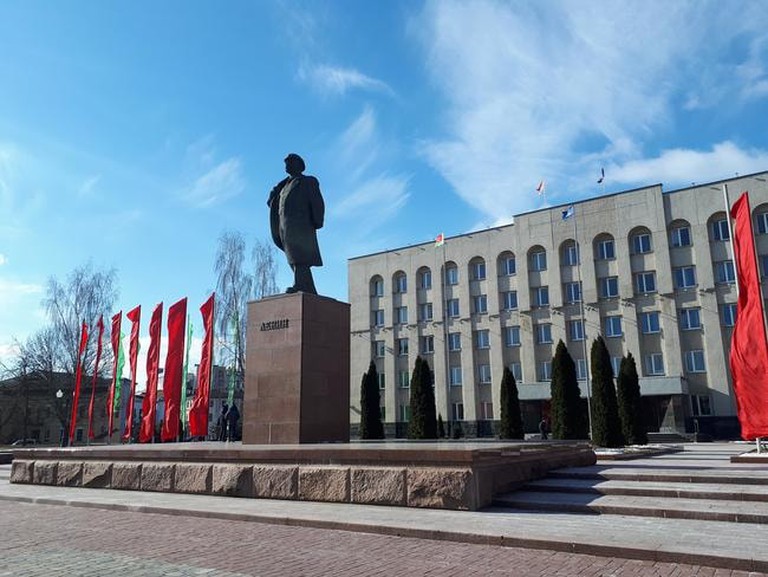 Exactly opposite the Old Castle sits the New Castle, which makes it very easy to visit both in a short span of time. What this allows you to see is the transition from the early days of the settlement of Grodno to the modern era. The New Castle, also sometimes known as the Royal Palace, was built as a Royal residence in the 18th Century. It’s an elaborate building in a courtyard, functioning as a museum. History buffs will like the fact that this is where the agreement on the Third Partition of the Polish-Lithuanian Commonwealth (Rzeczpospolita) was signed. 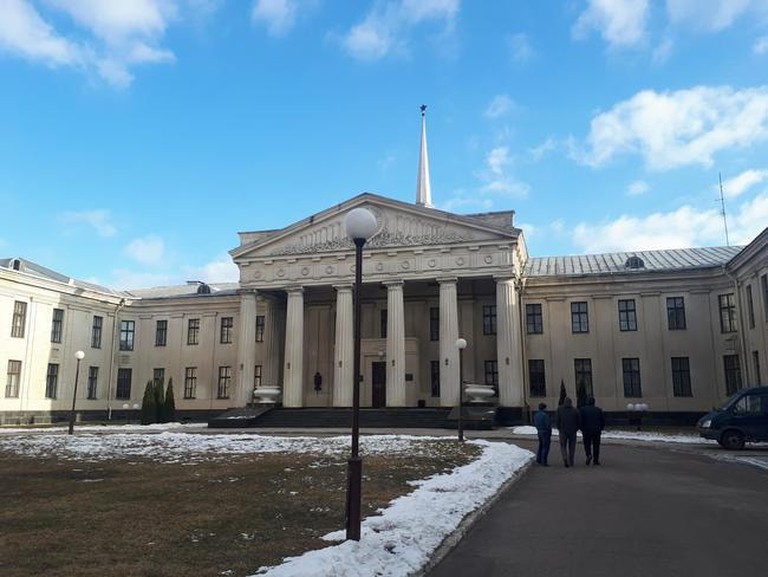 The former house of Eliza Orzeszkowa is now open to the public as a mini-museum. It is here where the famous Polish novelist lived. Eliza was a writer during foreign partitions of Poland. In 1905, she received a nomination for the Nobel Prize in Literature (together with Henryk Sienkiewicz). As the border has shifted, Eliza’s house is now in Grodno, Belarus, though it used to be in Poland. Eliza spoke and wrote in Polish. 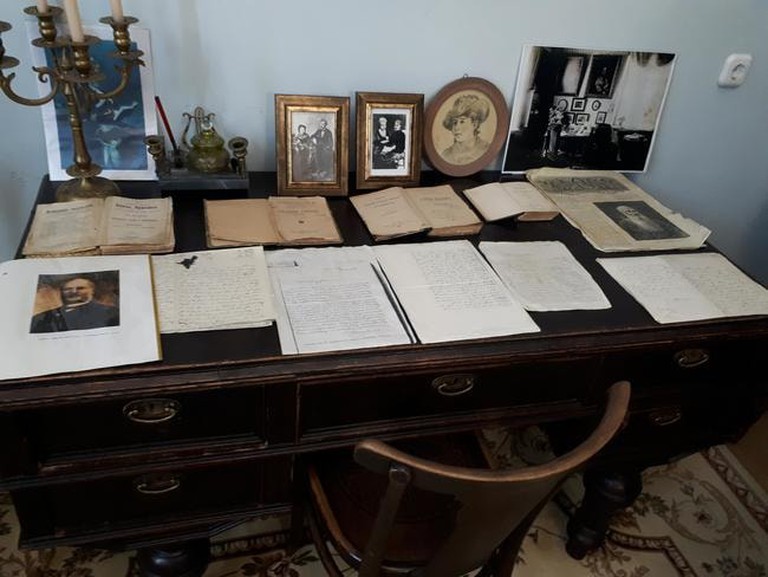 You probably thought that St Basil’s Cathedral was only in Moscow. But here is yet another cathedral of the same name, and it is one of the prettiest buildings in Grodno. There is a small souvenir shop at the entrance and visitors are welcome. 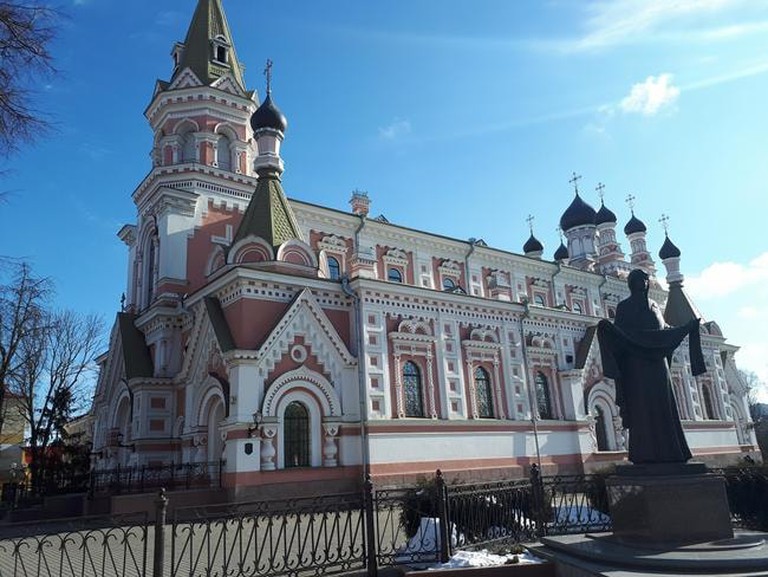