The Best Things to See and Do in Babruysk, Belarus

Babruysk | © Андрэй Дзмiтрыеў / WikiCommons
Babruysk is one of the oldest cities in Belarus and is the country’s seventh-largest settlement. It was first mentioned in writing in the middle of the 14th century, and these days houses a population of around 215,000. The city is also sometimes spelt Bobruisk when transliterated into English, and remains a less-visited tourist spot. Work your way through these activities on your visit to this up-and-coming city.
Babruysk © Андрэй Дзмiтрыеў / WikiCommons

Communist history is clear to see for anyone travelling in Belarus. Babruysk’s Lenin Square contains leafy gardens and a pedestrian only zone. Military parades are sometimes held in the main square. The most photographed parts of the square are the Lenin Statue itself, and the rectangular City Hall that sits behind it. There are benches to relax on and some cafes and bars nearby. 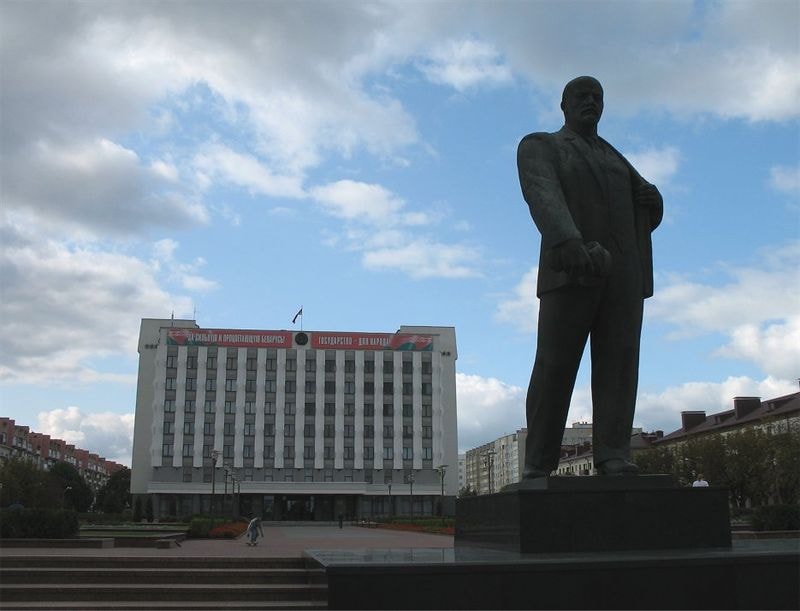 Downtown Babruysk also has some memorials and reminders of the Soviet days. A former Soviet tank sits on the other side of the main square. Beside it there is a war memorial dedicated to soldiers from Babruysk who died in battle. 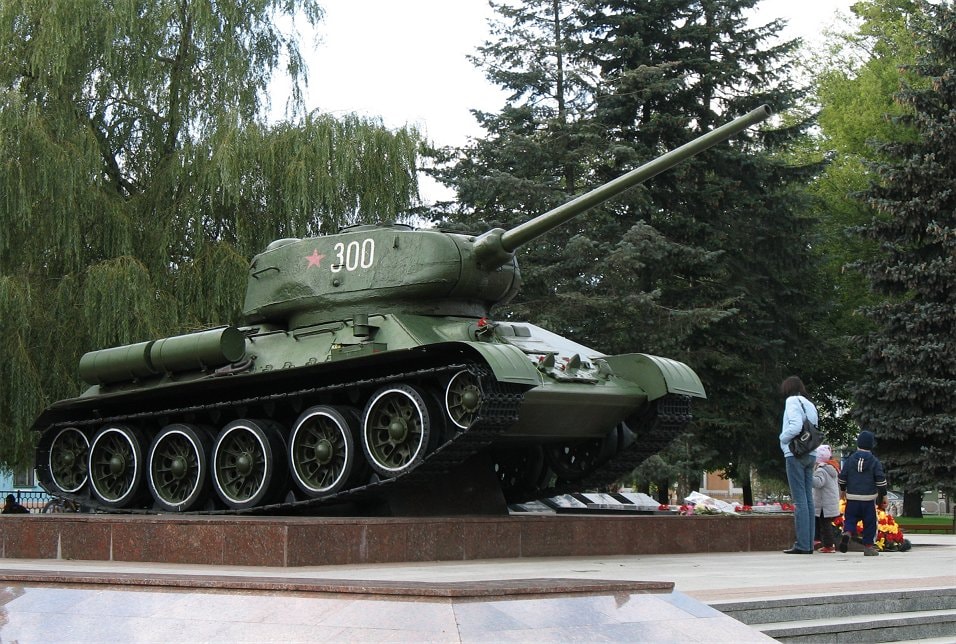 Probably the most essential tourist place to visit in Babruysk is this UNESCO-listed nature reserve. The Berezina Preserve is on the UNESCO list of biosphere preserves. There is some tourist information on boards by the river and you can get a tour on the waters, but the main point is to preserve the nature and wildlife here. You can see many mammals in the preserve, including elk, deer, beaver, wild boar, foxes and squirrels. Bird watchers can also enjoy the many species of birds that live here, such as the black grouse and the willow ptarmigan. A good spot to watch the sunset by the Berezina River is the park at the back of the Hotel Tourist.

Tour the ruins of Babruysk's fortress

Ruins
Remains of Babruysk fortress | Remains of Babruysk fortress
Don’t expect a masterpiece or anything to blow your mind here, as the ruins mean exactly that. The fortress has never returned to its former glory and only small parts of it remain. But before your visit, read up on the history, particularly the Battle of Berezina. It was here, back in 1812, where Napoleon Bonaparte’s army lost around 36,000 troops when crossing the Berezina River. As a result, Berezina is sometimes used in the French language to mean ‘catastrophe’.
More Info
Open In Google Maps
11 вуліца Карбышава, Babrujsk, Mogilev Region, Belarus
+375259564530
View menu
Visit website
Visit Facebook page
Send an Email
Give us feedback

Stadium
Sparta Stadium, Babruysk | © Don't Stop Living
Football is alive and well in Belarus, and the tidy little Sparta Stadium is the proud home of Belshina Bobruisk. You can get a ticket to watch the local team play here, as Belshina ply their trade in the Belarussian top flight. They have won the Belarussian league once (in 2001) and the cup three times. Impressively, the stadium has been used by the Belarus international women’s team through the years. Around the pitch is also an athletics track. The stadium is on Kastryčnickaja Street.
More Info
Open In Google Maps
117 vulica Kastryčnickaja, Babrujsk, Mogilev Province, 213826, Belarus
+375225526776
View menu
Visit website
Visit Facebook page
Send an Email
Give us feedback

Museum
Understand the history of Babruysk | © Don't Stop Living
To fully understand the city’s history, take a stroll through Babruysk History Museum. Here you can read all about Napoleon’s defeat, the impact of the First and Second World Wars and communist times in Babruysk. Most of the information is written in Russian, but this is slowly changing and you can ask for English translations. One of the biggest shocks for the visitor is the sheer number of Belarussians killed in the wars. In 1941, Hitler’s forces invaded Babruysk, killing around 20,000 local Jews and burying them in mass graves. Nazi German labour camps were also established in the southwest part of the city.
More Info
Open In Google Maps
56 vul. Sacyjalistyčnaja, Babrujsk, Mogilev Region, 213826, Belarus
+375225522731
View menu
Visit website
Visit Facebook page
Send an Email
Give us feedback

Get your fix of truly unusual and striking buildings. The green library is one of the city’s most iconic buildings. It’s not just the colour – the shape and design are equally intriguing. The building is officially known as Katsnelson House. The biggest challenge is to get inside – it was once a library but hasn’t been open to visitors for that purpose in years. 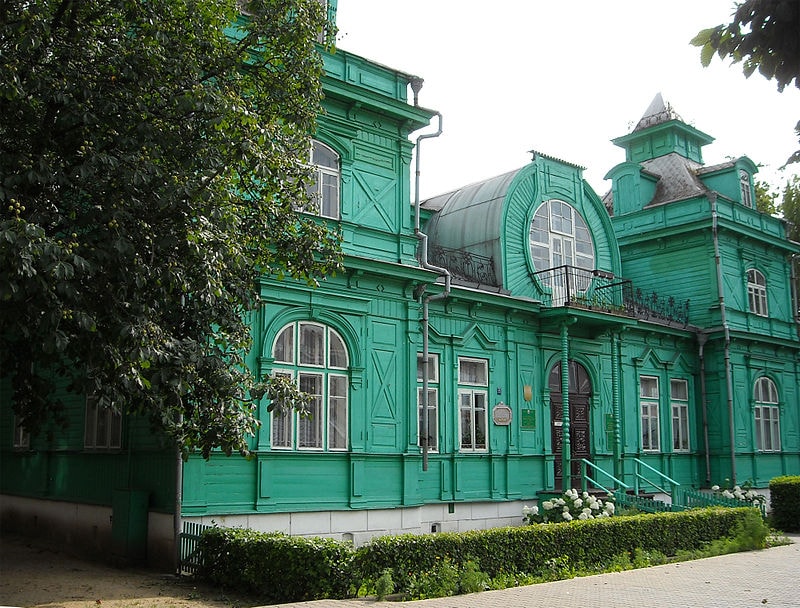 Most tourists and scientists wishing to visit the Chernobyl Exclusion Zone do so from the Ukrainian side of the border. However, for the intrepid tourist wanting an alternative glimpse of the Chernobyl Exclusion Zone, Babruysk is a good base for this day trip. You’ll first head to Gomel to meet your guide, then go into the zone itself, where the sadness of this disaster still exists, more than thirty years later. There are minor risks associated with such a tour of course, but Wow Belarus come recommended. Understand how this area of Belarus was badly affected by the explosion in the infamous Reactor Number 4. 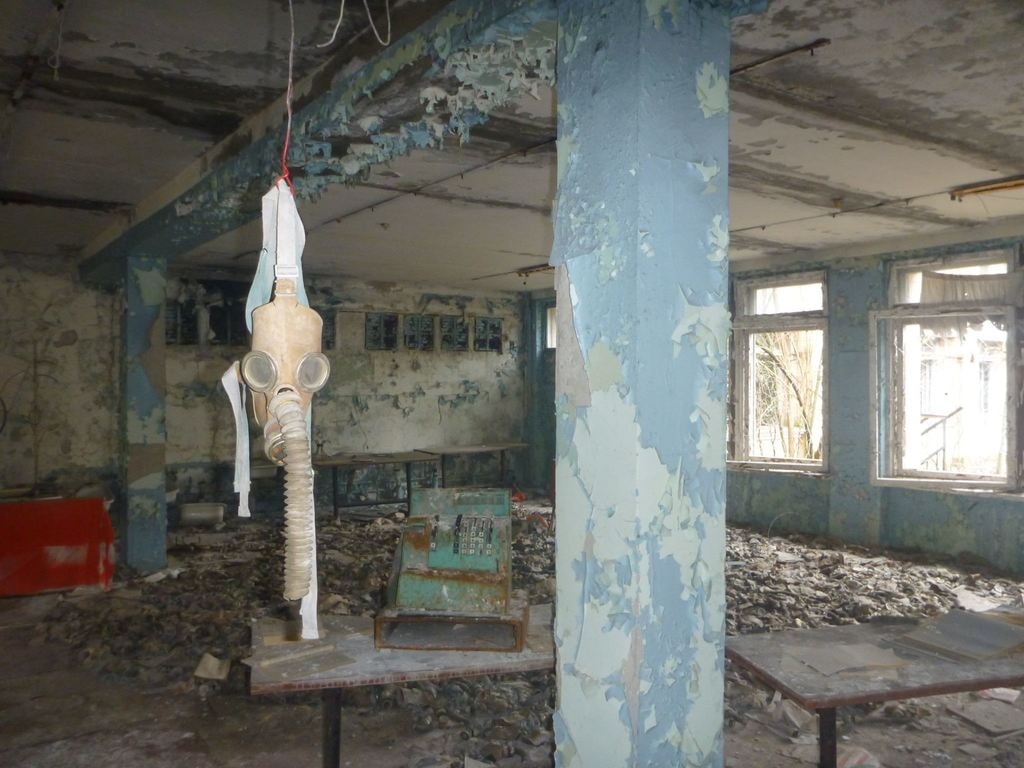 The city’s prominent cathedral is a true work of art and certainly one for Instagram lovers. St. Nicholas Cathedral has a white exterior with impressive gold and blue domes and tilted green roofs. It’s a Russian Orthodox church and holds regular services. 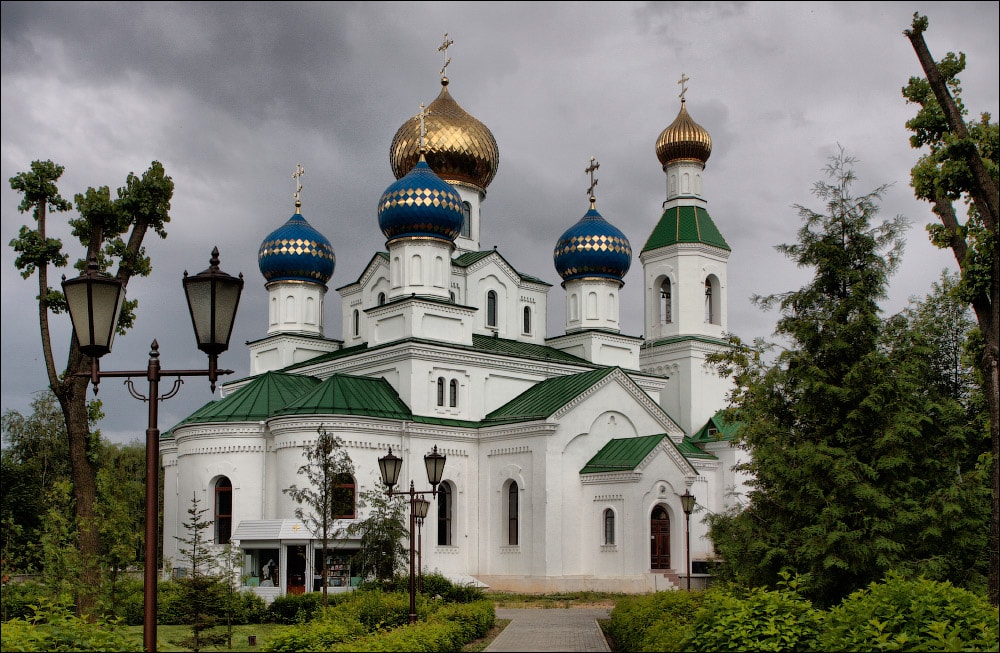 Take a train to Minsk from Babruysk Train Station

Train Station
Babruysk train station | Babruysk train station
Head on the slow train to Minsk, from the magnificent Babruysk Train Station. The trains are traditional, and have an on-board restaurant. You can choose second or first class and admire the views of stunning countryside on the way to the country’s capital. Tickets should be purchased in the train station terminal and the journey takes between two and three hours.
More Info
Open In Google Maps
Babruysk, Belarus
View menu
Visit website
Visit Facebook page
Send an Email
Give us feedback
Give us feedback