The 9 Best Museums To Visit in Minsk, Belarus 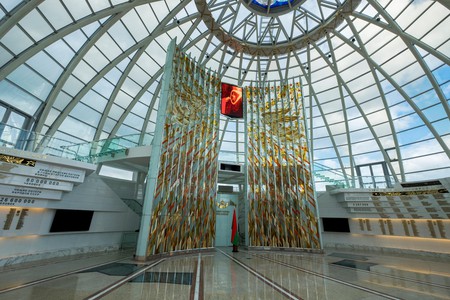 With topics ranging from Communist history to Belarusian art and even beer, Minsk’s best museums are as diverse as they are fascinating.

Museums may not be the initial reason visitors decide to make the trip to Minsk, but the Belarusian capital is flush with options when it comes to museums and galleries. Whether it’s learning about local folklore, exploring classical and contemporary art, or discovering the history of beer brewing in Belarus, Minsk’s best museums will not disappoint. 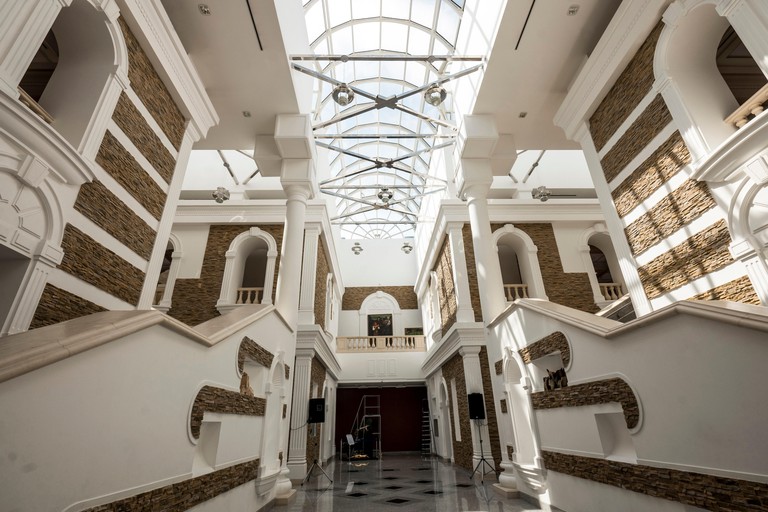 The museum was officially created in 1939, shortly before the start of the Great Patriotic War (a term used locally and in many other former Soviet republics to describe the conflict from 1941–1945 along the Eastern Front during World War II). In the first months of the war, its substantial collection vanished without a trace, with the whereabouts of much of the original collection still unknown. The museum’s current collection of more than 27,000 objects consists in large part of donations from Russian museums and galleries and private collectors, with a small percentage made up of recovered artworks. Among the museum’s masterpieces are the works of the famous Belarusian, Russian and European painters, such as Yehuda Pen, Mikhail Vrubel, Ilya Repin and Claude Joseph Vernet. The Belarusian National Arts Museum is a centre for innovation in culture and art, and carries out inclusive art projects, educational workshops and lectures. We recommend combining a trip here with a visit to the Piatruś Broŭka Literary Museum just across the street, set within the former home of the late Belarusian poet. 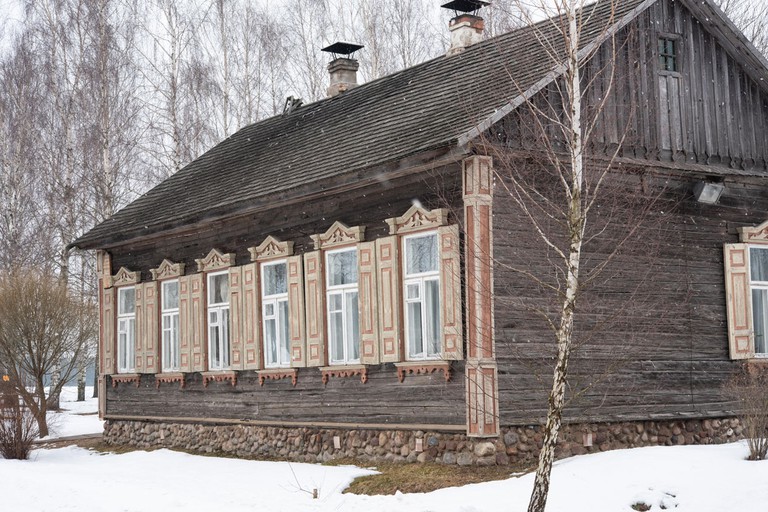 This open-air ethnographic museum is divided into three areas, corresponding to the historical regions of Belarus, each of which is designed to look like a typical settlement of the late 19th century. Nowadays, the museum collection contains 40 exhibits reflecting the wooden folk architecture of Central Belarus, the eastern Padnyaproye, and northern Paazerye (Lakeland) region. Inside the village houses, you will see meticulously preserved interiors, along with household items, agricultural tools and handicrafts. The museum is located about 20 kilometres (12 miles) from central Minsk, in the village of Ozertso, and is accessible by public transport. Don’t forget to book your visit ahead of time on the museum’s website.

Belarusian State Museum of the History of the Great Patriotic War 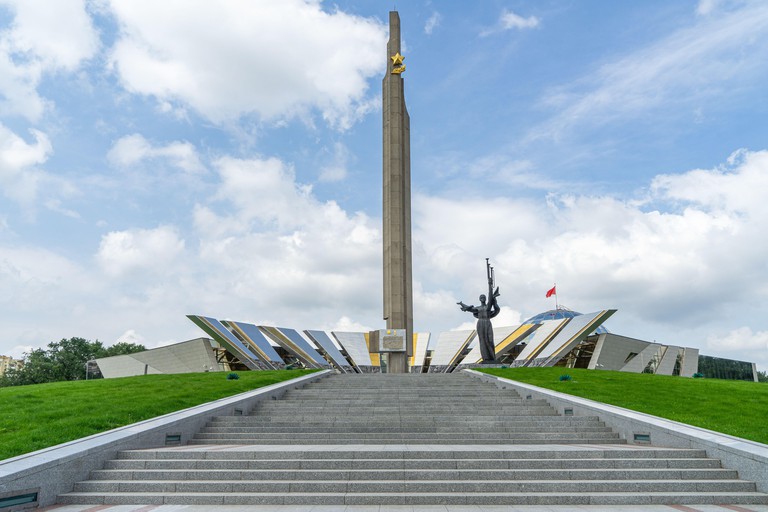 The idea to commemorate the Great Patriotic War emerged at the time when it wasn’t clear who the winning side would be. Collecting the items didn’t take long, and in 1944 the museum opened its doors for the first time in the freshly liberated Minsk. In 2010, the museum moved to a new building, and is now located in a picturesque spot behind the Minsk Hero City Obelisk. The museum’s shiny glass dome, topped by the red Soviet flag, offers a throwback to the Communist era.

House-Museum of the First Congress of the RSDLP 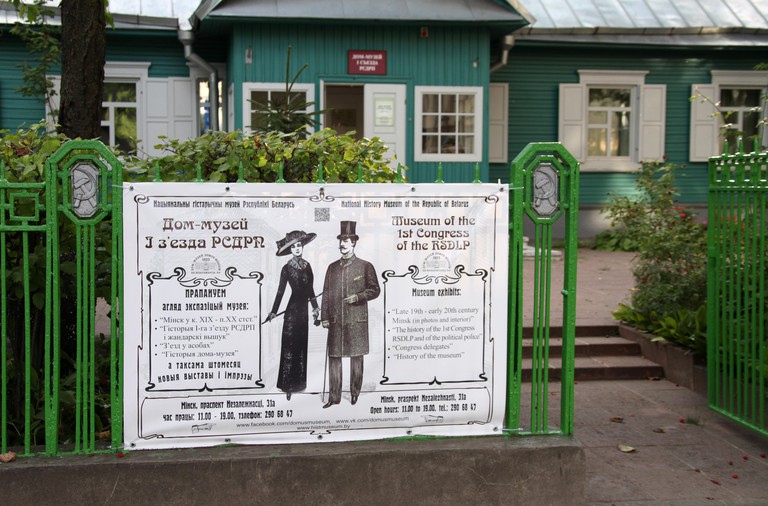 The oldest museum in Minsk, this small wooden cottage seems out of place next to a busy thoroughfare in one of the city’s central neighbourhoods. It was here that delegates from different revolutionary Socialist organisations gathered in 1898 with the intent of uniting under one party, which would ultimately bring about the demise of the Russian Empire. Although most of the participants were swiftly arrested, and the party was created much later, the congress had great historical significance. Today, the museum’s permanent exhibition is dedicated to the history of Minsk; the house’s well-preserved interiors reflect the everyday life of a late 19th-century household. The artefacts showcased, including the congress manifesto, provide important insights into the cultural and political landscape of the time. 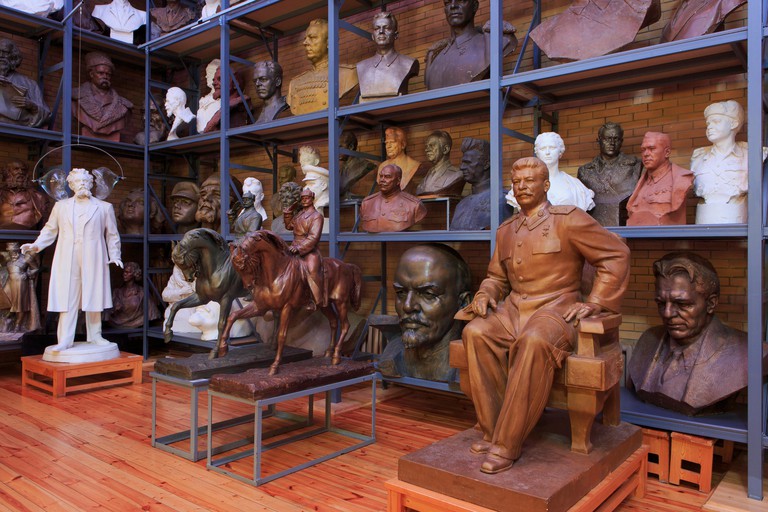 Zair Azgur was a Belarusian sculptor who achieved prominence through his monumental sculptures of political leaders and cultural figures during the Soviet era. His famous works in Minsk include the monument to the writer Jakub Kolas, the centrepiece of Ploshcha Jakuba Kolasa and the Victory Monument on Ploshcha Pieramohi (Victory Square). The museum is where the artist finished his last works before dying in 1995. And even though he left a wide-ranging artistic legacy, it is his monumental sculptures of Communist revolutionaries that catch the eye. At the entrance to the museum, you are greeted by the giant heads of Karl Marx and Vladimir Lenin, and the first thing you notice in the artist’s studio is a figure of Joseph Stalin sitting on a chair.

A visit to the Alivaria Beer Museum, located in a historic brewery, offers insight into both the brewing process and the history of Minsk. The brewery, which dates back to 1864, has changed hands a number of times, having variously belonged to Karol Jan Hutten-Czapski, the mayor of Minsk from 1890–1901; the Communist government of Belarus; and the occupying German forces. You can choose between two guided tours, one focusing on the history of brewing in Belarus and internationally, and the other offering an introduction to different styles of beer, with both ending with a tasting session. This is a popular attraction, so make sure you book a place in advance.

Wańkowicz’s House is a Classicist mansion that contains remarkably well-preserved interiors from the 19th century, along with documents and pieces of art. The manor house is known for its connection to the Wańkowicz family, one of the oldest noble families in Belarus, and Walenty Wańkowicz in particular. A celebrated painter, Wańkowicz was a friend to many prominent figures of his time, such as composer Stanisław Moniuszko, and Vincent Dunin-Marcinkievich, a writer and poet, who gathered frequently at his house. After the revolution, the building served as a communal apartment, and was restored to its original appearance in the early 2000s. The manor house is situated in the stunning historical neighbourhood of Vierchni Horad.

Located in Kastrychnitskaya Street, which has recently re-emerged as a popular cultural hub, Ў Gallery is an independent exhibition space with a reputation for artistically daring projects. The gallery works to promote contemporary Belarusian art, and has helped many local artists kickstart their careers. Much of the work done by Ў Gallery revolves around education in the form of discussions, workshops and lectures by popular art critics. The gallery has its own bar, where you can drink a glass of prosecco in surrounds that channel industrial chic.

This private gallery’s collection, numbering just over 100 pieces, is among the smallest in Minsk. What makes it so special? Galereya Art Belarus exhibits the works of Belarusian émigré artists who were members of l’École de Paris, including Marc Chagall, Chaim Soutine, Léon Bakst and Ossip Zadkine. The collection keeps growing, and now, apart from expressionist art, includes early printed books by Belarusian humanist Francysk Skaryna and Symeon of Polotsk, a churchman and enlightener. The gallery is located inside the Palace of Art, a recognisable Soviet Constructivist building, which has exhibition spaces of its own. 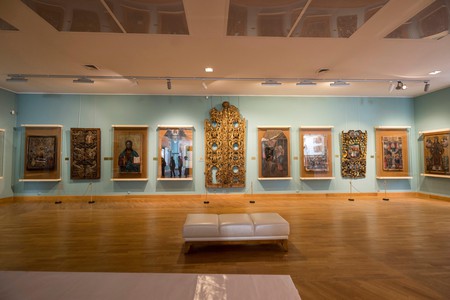