Being an Entrepreneur in Belarus, Europe’s Last Dictatorship, Is No Mean Feat 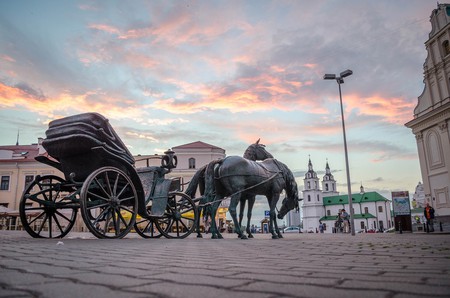 Of all the Soviet Union’s former satrapies, Belarus has remained truest to its former system. Minsk, the country’s sprawling capital, is a concrete paean to communism—its main square is still home to a statue of Lenin and the hammer and sickle are emblazoned everywhere.

In 1994, when President Alexander Lukashenko took power, Belarus bucked the capitalist trend of its neighbors: the government kept a tight grip on infrastructure and utilities. Media was strangled and human rights abuses were, and still are, committed with alacrity.

Almost 23 years later Lukashenko, a stocky former farm director, is still in power (he took 83.47 percent of the last vote, in 2015). Belarus remains in many ways a closed and atavistic nation. But in a small corner of Lukashenko’s capital, young Belarusians are forging ahead on their own–despite some pretty steep odds.

Yauheni Puhach is a curator at Minsk Shapers Lab. In 2013, he helped found Imaguru, a co-working space in a former spectacles factory just south of the city’s downtown. Its halls are decked in incongruous orange. Meeting rooms are full of young and would-be entrepreneurs.

Over a hundred people work at Imaguru. Its parent company, BELBIZ, has also organized Venture Day Minsk, which on April 12 will host some of Europe’s leading tech luminaries.

“We are not financed by government, nor big corporations,” says Puhach. “We have to work hard on searching for partners. Even paying very elementary things, like plane tickets for speakers, rent—even the coffee—someone has to pay. There is no support.” 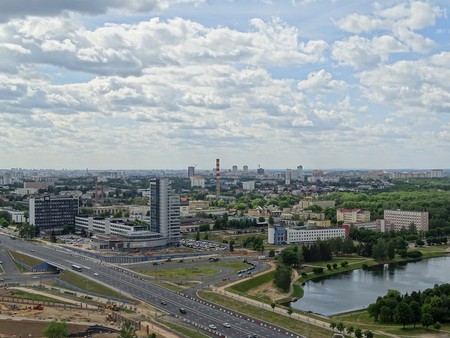 That’s not to say he wants Lukashenko’s help either. A Soviet-inspired economy is hardly compatible with the self-determined tech world. “It’s good when they’re not involved,” he adds. “In fact, if they are, bad things will happen.”

They already have. Belarus’ tax system is a kafkaesque maze. A recent “law on social parasites” requires proof of work for 183 days of the year. If not, a hefty fine and $10-a-month forced labor follow. The rule has angered Belarusians and stifled its young startup scene.

“On one hand (legislation) is trying to control everything, and on the other hand there are a lot of dark spheres: laws tell you that you must do something—‘and so on…’,” says Alina Radachynskaja, a project manager at software firm Solution Spark. “[‘And so on’] could be anything. And you never know when they will use the ‘so on’ part. It’s not stable, it can be changed at any moment–and we have to do something about it.”

Viber was acquired by Rakuten in 2014 for $900 million, while Maps.me was sold to Russian giant Mail.ru the same year. EPAM employs over 11,000 people worldwide. Wargaming, which has become one of Belarus’ most iconic companies since its 1998 foundation, is valued at $1.5 billion and its co-founder and CEO Viktor Kislyi is reckoned to be a billionaire.

But Kislyi’s success has also exposed Belarus’ failure to keep homegrown talent. Since 2011 he, and a sizable amount of Wargaming’s business, have been based in Cypriot capital Nicosia. That reflects a wider brain drain that has been going on since the fall of communism.

That hasn’t been aided by Lukashenko’s dictatorial impulses, from which no one is safe. “You can be imprisoned any time,” says Radachynskaja. “Ok, you might get out soon, it might be a mistake. But it’s still very damaging.”

Belarus, which had a reputation as a scientific powerhouse during communism, has a healthy education system—around 16,000 IT graduates leave its 55 universities each year. Multinationals like Boeing, IBM and Google have relied on Belarusian solutions. And the cheapness of labor ensures Silicon Valley and other places will continue to pan for local talent.

But Belarusians want to go it alone with their ideas too. And key to that is the understanding of the government. “Tech is seen as something of a threat to the state,” one investor, who wishes to remain unnamed, says. “Progressive elements can change this.”

They can. But political change in Belarus is glacial. And an example came just last week when Lukashenko dismissed Valery Tsepkala, head of Belarus High-Tech Park, a 2005-founded IT center that generated almost $1bn in software production last year. 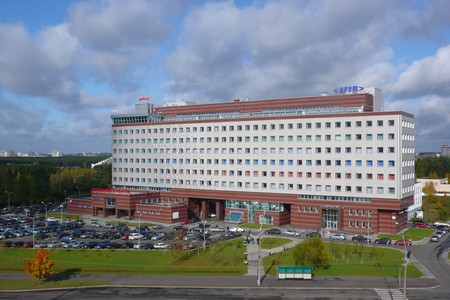 Some experts believe the move is an attempt to wrest control back to the government. No replacement has been announced. “I do really hope it will be a tecchy person, someone who speaks English,” the investor adds. “But I don’t know.”

The truth is, no-one knows exactly what will happen in Belarus. Perhaps Lukashenko will hail entrepreneurs as guardians of the national economy. Perhaps he will lock them up. That is suffocating investment. But amid it all, the country’s tech professionals are ploughing ahead with their startup dreams.