An Introduction to Folk Instruments: The Belarusian Dulcimer 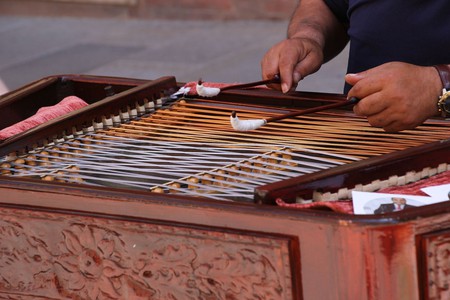 The sounds of the dulcimer are magical and captivating. When played in on its own, it’s hard to imagine the dulcimer as a part of an orchestra. Yet the dulcimer is a versatile folk instrument that can not only lead orchestras, but captivate the listener on its own. Over the last decade the potential of the dulcimer has finally shone through, but musicians are not ready to stop there.

“Oh, the number of times I wanted to quit, at least three times I reached the limit and just wanted to stop playing. But then I realised where am I going to go,” were among the first words of Veranika Pradzed, a concert musician. But these weren’t the words of a person who lacked persistence, rather of a person who has experienced first-hand the competitiveness of playing a musical instrument. Especially in Belarus, where a lot of people play the dulcimer, or hammered dulcimer to be precise, getting to the top means years of hard work and, of course, great talent to back it all up. 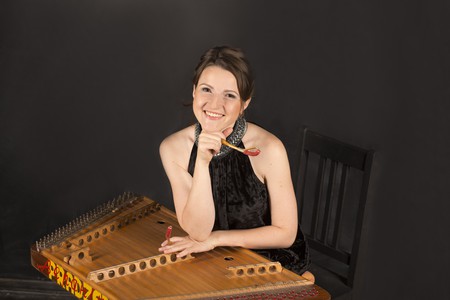 Veranika with her instrument | Courtesy of Veranika Pradzed

Centuries in the making

Like any other instrument, the dulcimer has developed over time. The version that we know today was designed in 1928. But the first traces of the instrument date back thousands of years, as depictions of a similar looking object were found in ancient civilizations, such as the Greeks and the Babylonians. Since then, the dulcimer has spread into Europe and into the Balkans, where it gained a newfound popularity. As for the current instrument, the main body is made of pine, as it is the best resonating timber. The sides, however, are made from beech or hornbeam, as they need to be very sturdy to the hold the weight of the instrument. Veranika laughs: “I once came home to a folded instrument. The sides didn’t handle the weight, the wood got dry and the instrument just folded in half.”

No right or wrong

There are various ways to play the dulcimer, and they are only limited by the imagination of the composers. The strings are either played with two beaters or strummed just with the tips of the fingers. A special cloth is interlaced in the strings to muffle the sounds and needs to be quickly removed while playing. At a point during her performance, Veranika stopped playing the strings altogether and just drummed the rhythm on the sideboard of the instrument. The sound is unlike any other, as the strings continue humming long after they are strummed, creating a harmony of different melodies. Below is a melody performed by Veranika.

“It annoys me when people play music meant for other instruments on the dulcimer. We don’t need to prove that we are like players of any other instrument.” Veranika believes that the best way to optimize an instrument’s potential is by playing music intended for it, rather than imitating the music of others. She is happy that there have been more scores written for the dulcimer in the past seven years than there had been over the course of the previous 50. Yet the job isn’t nearly finished. Composers may still not realise the potential of this instrument, and the mission of current players is to inspire new music on their beloved dulcimer. 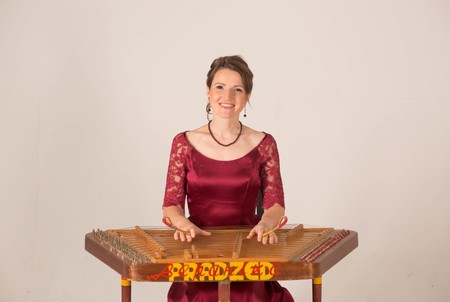 Ready for concert | Courtesy of Veronika Pradzed
Give us feedback