Where to Watch the Stars in Azerbaijan 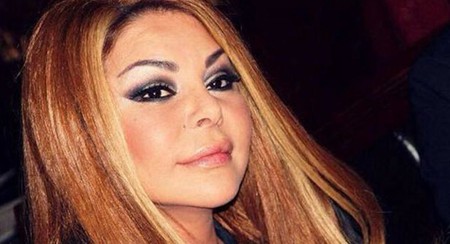 From celebrity-spotting in California’s Malibu to staking out the trendiest clubs in Paris and London, trying to recognise a famous face isn’t something new. But what about the Azerbaijani celebrities? Discover where to spot a star in Azerbaijan that could turn a great trip into an unforgettable one.

Celebrity status in Azerbaijan varies from singers, TV presenters and the 2011 Eurovision Song Contest winner to influential authors. Two famous Azerbaijani celebrities are Aygun Kazimova and Eldar Gasimov. Aygun produced a song with Snoop Dogg and now acts as a judge on Ozunu Tanit (Azerbaijan’s Got Talent). Baku-born Eldar won the Eurovision as part of Ell and Nicki. Other celebrities and famous Azerbaijanis live or spend significant amounts of time overseas in Moscow, Europe or the United States. Though many return home and often spend their time in either Baku or their hometown. A visitor never really knows who they might bump into at one of Baku’s bars or tourist attractions.

Where to spot the celebs in Baku

Baku has plenty of places for celebrities to hang out. Baku Boulevard stretching along the Caspian Sea provides an attractive promenade for an evening stroll. Not only does the Boulevard have the Baku Eye and Mini Venice but it also has several cafés and restaurants. Strolling along on a warm summer’s evening might throw up one or two familiar faces mixed in with the crowd. Upland Park (Dagustu Park) at the top of Baku Funicular gives the best views of the city, sometimes attracting the stars for photo shoots.

Celebrities like shopping. So, it stands to reason that one of the best places to see Azerbaijani celebrities would be in the shopping district. Baku’s Nizami Street rates as the country’s best place for shopping. The street ranks among the most expensive in the world with baroque-style buildings filled with fashion outlets, expensive retailers and European embassies. Almost every visitor, celebrity or not, will find themselves in this district at some point. Other favourite shopping malls include Park Pulvar Mall, 28 Mall and Metropark Shopping Mall. Azerbaijan’s exclusive streets lined with Rolex and Armani outlets serve the wealthy. 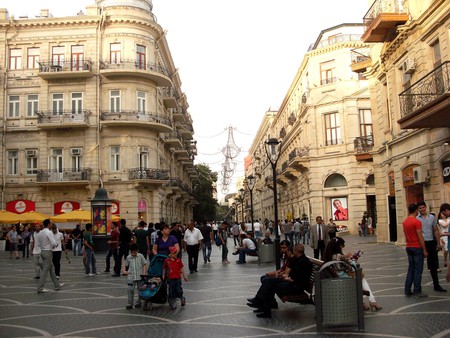 Exclusive hotels to spot the celebs

Baku boasts a rich repertoire of luxury hotels with favourite ones including the Four Seasons, JW Marriott, the Hyatt Regency and Fairmont Baku inside the Flame Towers. The rich and famous often stay here. Ivanka Trump posted a view from the Four Seasons in 2017, and cars with blacked out windows regularly park outside Baku’s luxurious hotels.

The Hilton’s Sky Grill and the Flame Tower’s Le Bistro Restaurant on the 19th floor are two of the most elite rooftop restaurants in Baku. The Sky Bar & Lounge in the Landmark Hotel and Razzmatazz Cocktail Bar & Lounge attract the famous for fine wine, cocktails and good music. Another spot worth mentioning is Old House Restaurant in Icheri Sheher. While this might not have many celebrity diners, it does have photographs on the wall of those who have previously dined here. And nobody knows for sure who might walk through the door of this traditional restaurant in Old Baku.

Events and festivals the rich and famous attend

International stars head to Baku and home-grown Azerbaijani celebrities return home for some of the events and festivals. Favourite ones include Formula One, the Baku Film Fest and the Baku Jazz Festival. In recent years, the Zhara International Music Festival hosted in July received thousands of partygoers to enjoy a few days of live music along the Absheron Coast resorts. Search online to see what’s happening because the Azerbaijani celebrities might be there too. It’s also possible to bump into a familiar face at the country’s most famous attractions such as the mud volcanoes or Lake Goygol.