The Best of Azerbaijani Pop Music 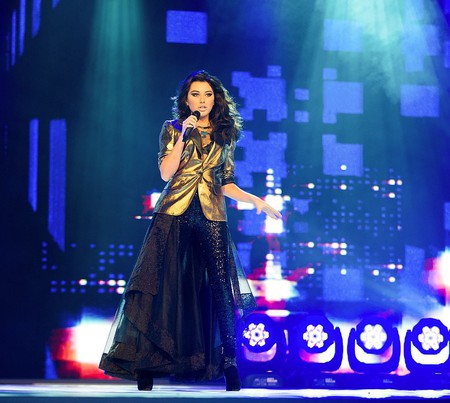 The Eurovision Song Contest put Azerbaijan on the map with their win in 2011. Mixing Persian and traditional influences, pop music from Azerbaijan often combines elements of folk with contemporary styles sang in either Azerbaijani, English or Turkish. Here are our suggestions for the ‘Land of Fire’s’ best pop musicians.

Roya was formerly part of a girl band, W-Trio, in 1999 as a teen star. Fast forward a few years, and she started a solo career developing into a more liberal style of pop. Since the 21st-century, Roya has released a few albums in both Azerbaijani and Turkish. Today, the star is a hit with the younger generation and one of Azerbaijan’s top musicians. ‘Doldur Ureyimi’, with several million hits, is Roya’s most viewed song on YouTube.

Aygun Kazimova is the most famous singer in Azerbaijan. The artist from Baku began her career in 1988 and holds the record for the most bestselling singles in the country. Lyrics are in both Azerbaijani and English, giving Aygun an international fanbase. The pop singer also acts as a judge on Ozunu Tanit, or ‘Azerbaijan’s Got Talent’. In 2014, Aygun sang ‘Coffee from Colombia’, as a duet with Snoop Dogg.

The singer’s pop career hit the roof after Eldar formed a duo with British-Azerbaijani singer Nigar Jamel as Ell & Nikki, winning the 2011 Eurovision Song Contest. As a solo artist, Eldar has been active since 2010 producing a mixture of pop, jazz-funk and R&B in his own language and English. After receiving professional training as a singer from an early age, he now produces some of the best music from Azerbaijan. ‘I’m Free’, in English, is one of his top hits.

The prosperous career of Brilliant Dadashova began in 1985 with seven albums to date and reaching the top 10 in Russia. The musician sings in a variety of genres including pop, folk and folk dance, winning plenty of career awards. After more than 30 years, Brilliant performed live shows in Russia, Canada, the UK and the USA. She currently works on Akademiya, Azerbaijan’s Star Academy. ‘Anlamazdim’ is one of her famous hits.

With the nickname as ‘Mr Golden Hit’ by his fans, Faiq’s career started in 1988 and has been a success with more than 140 solo concerts. After releasing his debut album Ola Bilmex (Cannot Be), he went on to win several music awards, including the People’s Artist of Azerbaijan in 2000. ‘Usaq kimi’is one of his latest hits.

Meykhana isn’t pop music, but the genre deserves a special mention for its unique style as folk-rap. Singers, often middle-aged Azeri men, rap to a backing track or instrumentals. Performances often resemble the typical rap battles we associate with contemporary music. But despite the similarities, Meykhana is more related to sharp-tongued and witty poetry than foul-mouthed banter. Artists tend to perform at weddings.

Another traditional type of Azerbaijani music to mention here. Mugham has Persian roots and forms the main branch of classical Azeri folk. The ancient style has transformed into a modern genre and is on the UNESCO list for cultural heritage. The traditional instruments tend to incorporate a lot of improvisation. According to some, Mugham music from Azerbaijan inspired and influenced current Western genres including both jazz and blues. Try to experience this music on your trip to Azerbaijan.