The 9 Best Museums to Visit in Baku, Azerbaijan 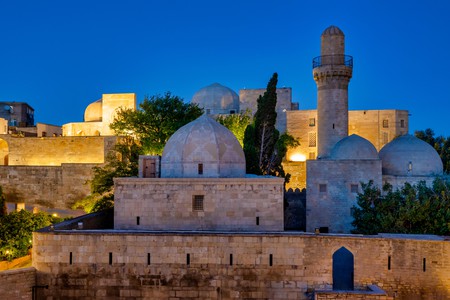 Built in the 15th century, the Palace of the Shirvanshahs is an architectural wonder and a great place to visit in Baku | © Fabrizio Troiani / Alamy Stock Photo

From manuscripts and modern art, to carpets and coins – Baku’s museums are packed with artefacts as diverse as they are engaging. Discover the best establishments to explore in the Azerbaijani capital.

The area around Baku has been continually inhabited since at least the Bronze Age, so the city’s museums have more than 4,000 years of local human history and culture to draw upon. The largest collections, such as those at the National Art Museum of Azerbaijan, have wide international appeal, but there are also plenty of quirky smaller museums catering to more niche interests – how about a visit to the National Carpet Museum or the Museum of Miniature Books? 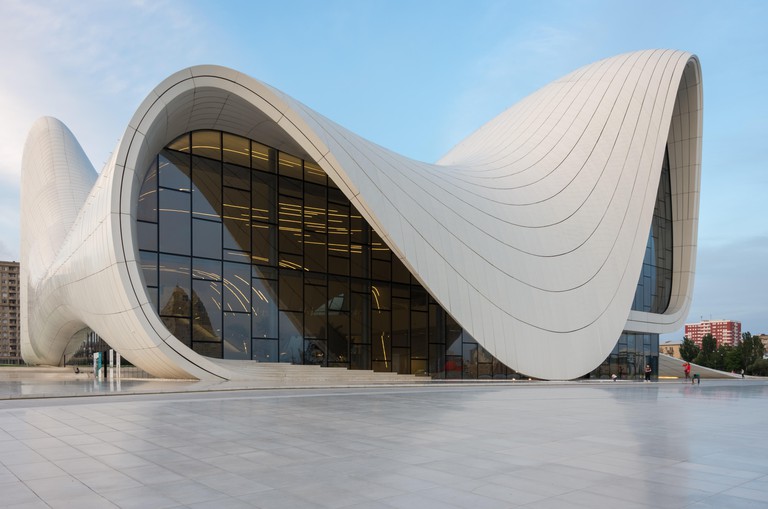 © Piotr Gaborek / Alamy Stock Photo
Baku’s Heydar Aliyev Cultural Centre is one of the most iconic creations of the late Iraqi-British architect Zaha Hadid. The building won the Design Museum’s 2014 Design of the Year Award and was nominated for a prize at the 2013 World Architecture Festival, while The Architectural Review’s Peter Cook described it as “a shock to the system”. Inside the centre’s fluid white form are a variety of interactive exhibits, plus gallery and performance spaces. Although there’s a permanent exhibition about the life and influence of the building’s namesake, national leader Heydar Aliyev, the centre’s main draw is its art and design exhibits. Contemporary artworks by the likes of Anish Kapoor and Yayoi Kusama are on permanent display, and visitors can find intricately made architectural models in the Mini Azerbaijan exhibition.
Open In Google Maps
1 Heydər Əliyev prospekti, Nərimanov Bakı, 1033, Azerbaijan
+994125056001
Visit Website
Give us feedback

Palace of the Shirvanshahs 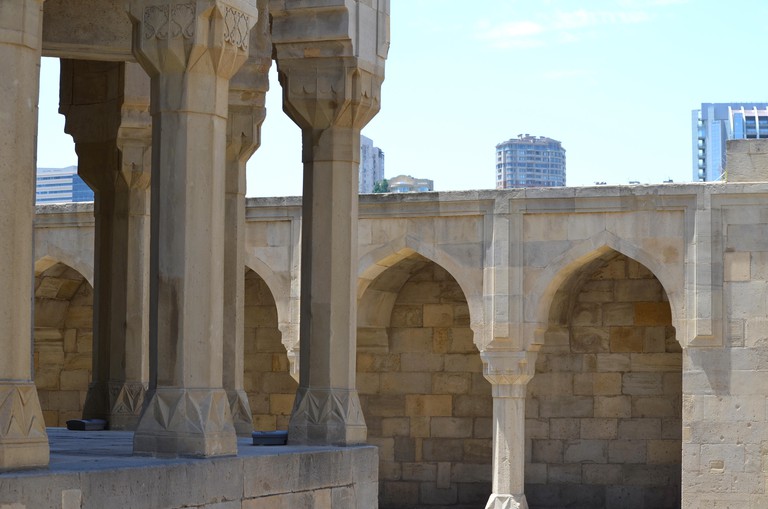 The historic royal residence of Azerbaijan’s rulers is both a national monument and a museum. Built in the 15th century, it has been described by UNESCO as “one of the pearls of Azerbaijan’s architecture”, and has been awarded World Heritage Status. It’s the stunning, cream-stone architecture of this museum that will first grab your attention, the elegant minarets rising high above the caravanserai, bathhouse, mosque and gates. The mausoleum, capped with its hexahedral cupola, is a unique sight to behold.

Museum
Facebook
Email
Twitter
Pinterest
Copy link
Share
Map View
If you were to spend just one minute looking at each item in Baku’s National Art Museum, it would take you more than 10 days to get round. About 20 percent of the collection is on display at any one time, and even that fraction of items fills 60 rooms of the museum. European art is well represented in the main galleries, but there are also masterpieces by painters from across the Caucasus, Central Asia, and from China and Japan. Be sure to spend time admiring the delicately painted Russian Orthodox icons.
Open In Google Maps
9/11 Niyazi, Səbail Bakı, Azerbaijan
+994124920707
Visit Website
Give us feedback 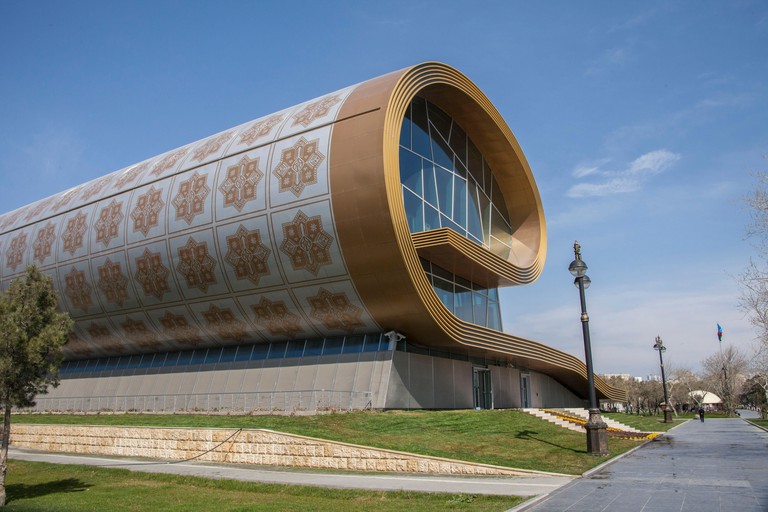 Austrian architect Franz Janz’s building takes the shape of a rolled-up carpet, and it occupies a prominent position in the heart of the city, in Baku’s seafront park. The museum has the world’s largest collection of Azerbaijani carpets, explains the history and processes of carpet making, and has galleries dedicated to other crafts. Baku’s National Carpet Museum is a popular tourist attraction, but also a place of academic research. If you have a serious interest in carpets and carpet making, you can attend a lecture or conference on the topic, and browse the museum’s numerous exhibition catalogues and books. 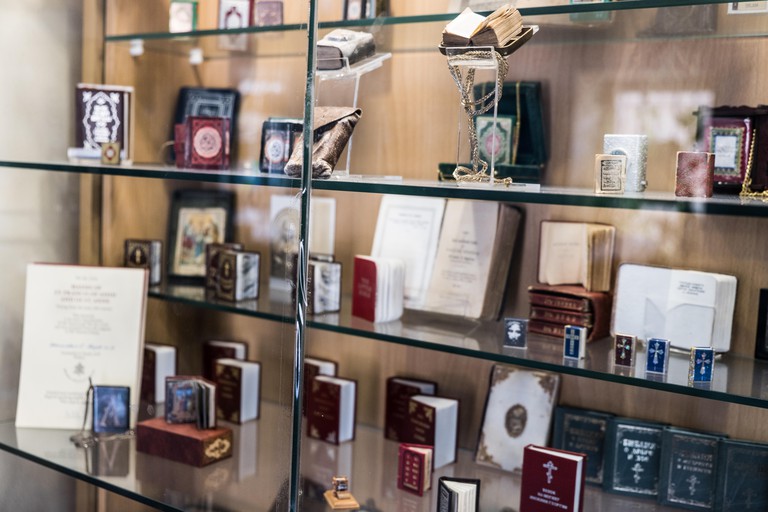 Baku’s Museum of Miniature Books is listed in the Guinness Book of Records as the world’s largest private collection of miniature books. Miniature books might be seen as a somewhat eccentric thing to collect – given that they are often too small to read – but the subject is intriguing nonetheless. “In this museum you can see thousands of miniature books from all over the world,” explains Fabio Bolognese of travel company MyCaucasus. “The smallest book is less than 0.25cm (0.1in) in size. It’s hard to believe that it is possible to produce such small books.” 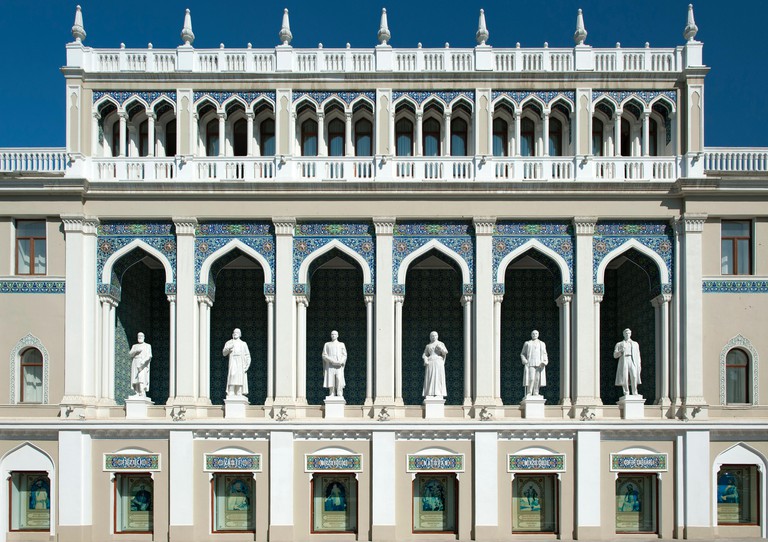 The Nizami Museum is one of the jewels of Baku, a mid-19th century wedding cake of a building decorated with majolica and the statues of six of the most important figures in Azeri literature. It’s worth visiting if only to see the beautiful facade. Set close to the entrance to the Old City, the museum holds more than 3,000 manuscripts, rare books, illustrations and artworks connected with Azerbaijan’s most renowned writers and poets. You don’t need to be able to read Azeri to appreciate the aesthetics of these treasures, and museum guides will in any case explain to you their literary and cultural significance.

The Qala archeological site is a 45-minute drive outside Baku, and it’s an open air museum encompassing everything from 5,000 year old petroglyphs to a medieval castle and reconstructions of a blacksmith’s forge and a potter’s studio. The site was excavated by archeologists in 2010-11, and it was then that its historical importance was recognised, with finds from the 3rd and 2nd millennia BC, as well as 14th and 15th centuries. There are three museums within the complex, and a combined ticket gives you access to them all. The first museum is dedicated to ethnography, the second to antiques, and the third is the castle (qala) which gives the museum its name.

Open In Google Maps
Kala, Azerbaijan
Give us feedback

House Museum of the Nobel Brothers

The Nobel Prize is known and respected around the world, but founder Alfred Nobel’s brothers Ludvig and Robert were hugely successful businessmen in their own right. They made their money during Baku’s oil boom, and their home in the city, Villa Petrolea, is now a museum. Housed in a 19th-century mansion, the House Museum of the Nobel Brothers was the first Nobel museum outside of Sweden. The interiors have been painstakingly restored, with many of the family’s possessions on show.

Museum
Facebook
Email
Twitter
Pinterest
Copy link
Share
Map View
Baku’s Museum of Modern Art takes over where the collections of the National Art Museum of Azerbaijan end – the 20th century. It has strong relationships with other modern art museums worldwide, and on the back of this has been able to host a number of high-profile temporary exhibitions with artworks by such prolific artists as Picasso and Dalí. Arguably a greater draw for visitors, however, are the works by Azerbaijani artists, which are rarely on show outside of Azerbaijan. Avant-garde artists are particularly well represented: look out for paintings and sculptures by Rasim Babayev, Ashraf Murad and Gennady Brijatyuk.
Open In Google Maps
5 Yusuph Safarov, Xətai Bakı, 1025, Azerbaijan
+994124908402
Visit Website
Give us feedback
Give us feedback