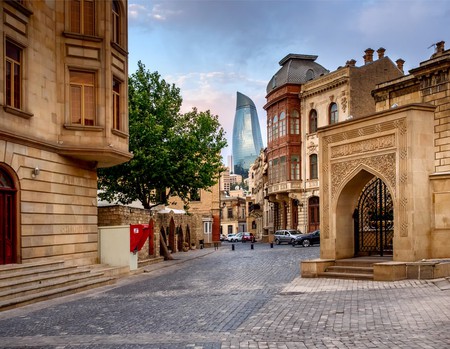 Azerbaijan maintains a relatively unexplored feel in global tourism. The few who visit fly into the capital, Baku, to enjoy the architectural beauty, the nearby fire temples, and the 40,000-year-old rock art. Here are our recommendations on the best city tours in Baku to enhance your travel experience.

Most cities around the world have free walking tours. Baku is no exception. Azerbaijan Traveller begins in the Icheri Sheher and takes tourists on a historical journey through the different eras. From the medieval times of the Islamic Shirvanshahs through the first oil boom and the Soviet Union to the modern day. Highlights include seeing Maiden Tower, learning about the architectural styles in the Old City and getting an enriched historical and cultural experience. Tours are daily. Make a reservation online.

Azerbaijan cuisine mixes Caucasus, Arabic, and Mediterranean styles infused with various ingredients, sauces and spices. The four-and-a-half hour Cuisine Tour begins in Icheri Sheher at 5 pm and takes you to sample pastry snacks and a meal inside a traditional restaurant.

Guides offer suggestions on the best meals to try and give a detailed overview of the origin of Azerbaijani food and how it has evolved into what it is today. After the meal, you’ll learn about local tea-drinking rituals and why it’s crucial in Azerbaijan culture. Foodies or anyone with an interest in local dishes often say this is one of the best tours in Baku. 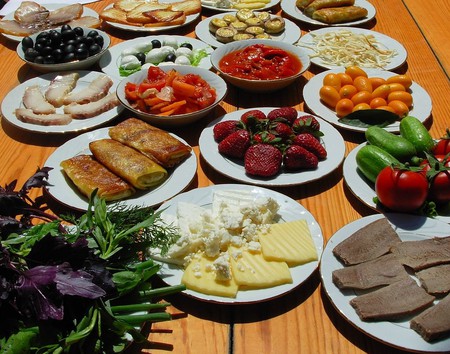 Fruits, cheese and pastry as light snacks in Azerbaijan | By Emin Bashirov (Own work) [CC BY-SA 3.0 (https://creativecommons.org/licenses/by-sa/3.0) or GFDL (http://www.gnu.org/copyleft/fdl.html)], via Wikimedia Commons

Azerbaijan and Baku have a rich history from the early Zoroastrians to medieval Shirvanshahs and the late 19th century oil boom. Joining one of the tours in Baku to see and learn about this history and culture makes a great way to appreciate the capital’s back story.

The History Walking Tour starts at Icheri Sheher Metro Station at 11 am, taking visitors through the old streets of the Inner City. You’ll see and learn about the mystical Maiden Tower and have the chance to climb to the top and go inside the Shirvanshah’s Palace Complex. Guides explain the facts and tell you interesting stories from the past about the sights and attractions you’re visiting.

If you have experienced the city during the day, check out one of the tours in Baku to see the capital sparkle after dark. The Flame Towers light up and alternate between the colours of flickering flames and the Azerbaijani flag. Baku Boulevard bursts with life when the sun goes down, too. The Baku Night Tour lasts three hours and begins at Icheri Sheher Metro Station. You’ll first walk through the Old City before going to the top of the Baku Funicular for views of the city and the Caspian Sea and later walk along the promenade. Professional guides give a detailed overview and show you Baku illuminated at night. The tour ends with a bottle of local beer. 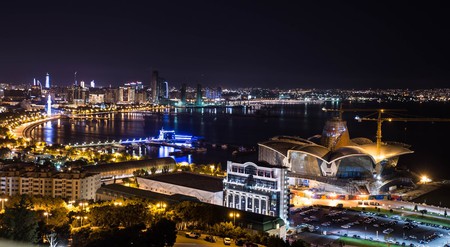 For a more flexible experience, check out the tours in Baku by locals. A local guide will meet and take you around the city and to nearby attractions, including Ateshgah Fire Temple and Yanar Dag (burning mountain). If you’re in Baku for longer than four or five days, the Tours by Locals may be a good idea. Guides will pick you up in their car, drive you to the different attractions, and give a running commentary.

Other Tours in Baku

Other tours in Baku go on pub crawls to the best bars in the Old City, guide you through some of the museums, or take you on a day trip. Popular excursions visit the Mud Volcanoes, head around the Absheron Peninsula, Gobustan National Park to see the 40,000-year-old petroglyphs, and to the ancient city of Gabala, among other places. Just be aware that tours in Baku can be quite expensive. 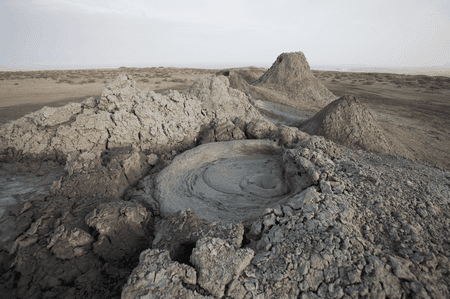 Mud volcano in Gobustan | By Nick Taylor [CC BY 2.0 (http://creativecommons.org/licenses/by/2.0)], via Wikimedia Commons
Give us feedback