The 10 Best Museums in Baku, Azerbaijan

Museum Complex of the Archaeological and Ethnographic in Qala | © Na_Ta/Shutterstock

Baku, Azerbaijan’s capital, houses more than 30 museums covering everything from history and ethnography to a collection of tiny books. Take advantage of the museums in Baku to appreciate its fascinating story and culture and come away with a more enhanced travel experience. 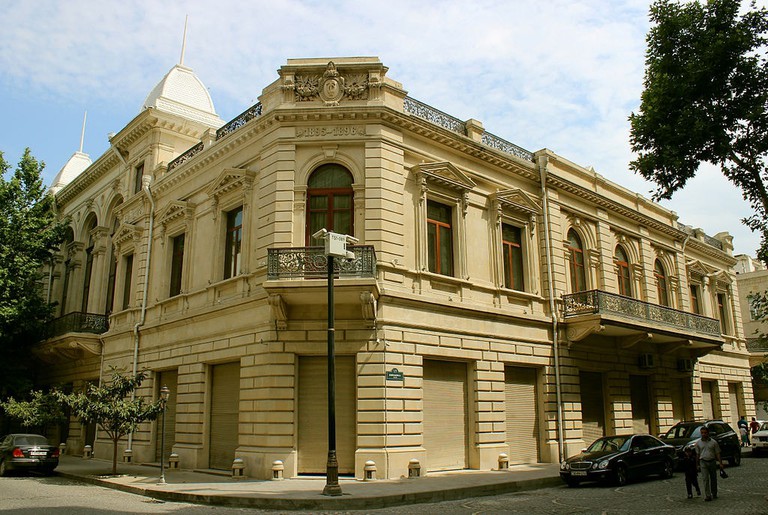 The museum was once a wealthy oil baron's mansion | © Urek Meniashvili/WikiCommons
Book Now
The National Museum in Baku, inside a former Italian Renaissance mansion, has more than 300,000 artefacts, making it Azerbaijan’s largest. Archaeological relics and original documents tell its story. Visitors take a journey from the early Zoroastrians who placed spiritual importance on fire, medieval states, both oil booms and the Soviet Union to the present day.
Opening hours: Monday to Saturday 9:00am to 5:00pm. Admission: AZN5 ($3).
Open In Google Maps
4 Haji Zeynalabdin Taghiyev Street, Sabayil Baku, 1005, Azerbaijan
+994124932387
Visit Website
Give us feedback

Museum
Facebook
Email
Twitter
Pinterest
Copy link
Share
Map View
The most extensive collection of art in Baku is on display in the State Museum of Art. First opening in 1936, the collection today includes more than 3000 items across 60 rooms inside two buildings. Exhibits include paintings and sculptures from Azerbaijani, Russian and European artists. A section on Eastern Art displays work from Persia and Turkey too.
Opening hours: Tuesday to Sunday 10:00am to 6:00pm. Admission fee: AZN5 ($3).
Open In Google Maps
9/11 Niyazi, Səbail Bakı, Azerbaijan
+994124920707
Visit Website
Give us feedback 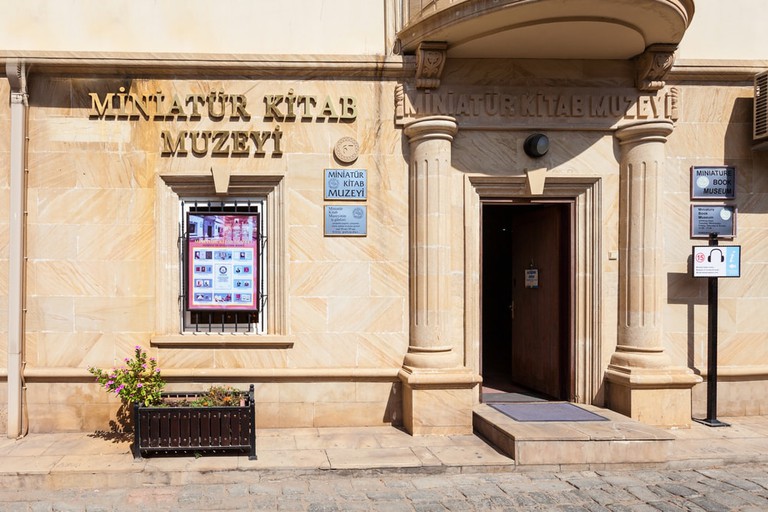 Museum of Miniature Books, Baku | © saiko3p/Shuttterstock
A small museum in Baku on the edge of Icheri Sheher displays a collection of tiny books. Once a private collection and now a free museum, a range of items from a 17th-century Koran to Soviet books fill the shelves. Highlights include the three smallest books in the world, which you need a magnifying glass to see.
Opening hours: 11:00am to 5:00pm. Closed on Monday and Thursday. Admission: Free
Open In Google Maps
Sabayil Baku, 1000, Azerbaijan
+994124929464
Visit Website
Give us feedback

Anyone who’s interested in Soviet-style museums will appreciate the Independence Museum. Displays have propaganda elements covering early 20th-century history through the Soviet times to Azerbaijan’s independence in 1991. Other sections describe the recent Karabakh conflict. Most displays are in either Azeri or Russian, and having a guide may be essential to appreciate the artefacts. But, for a few dollars, it’s a quirky museum in Baku that’s worth an hour.

The Shirvanshahs ruled parts of Azerbaijan for centuries in Shemakhi. An earthquake forced the Persianised Arab rulers to move their capital 123 kilometres (76 miles) southeast to Baku where they built the Palace. The main palace, a mausoleum, two mosques and a bathhouse are inside the 15th-century UNESCO-listed complex. Most people spend between one and two hours. 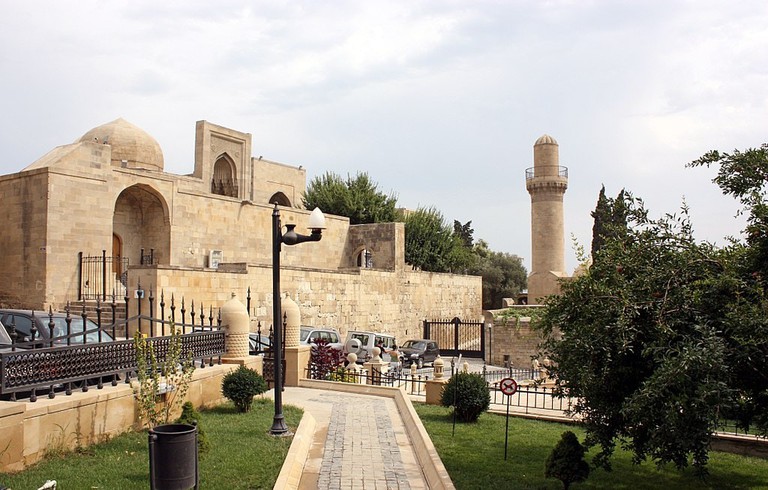 Outside The Palace of the Shirvanshahs | © Frokor/WikiCommons | By Frokor (Own work) [CC BY-SA 3.0 (https://creativecommons.org/licenses/by-sa/3.0) or GFDL (http://www.gnu.org/copyleft/fdl.html)], via Wikimedia Commons

Museum
Facebook
Email
Twitter
Pinterest
Copy link
Share
Map View
Azerbaijan art in the second half of the 20th-century followed avant-garde styles. The modern art museum displays more than 800 paintings and sculptures by Azerbaijani artists from the 1960s and 1970s. Walk through the rooms and notice how the architectural design frames the art in the best perspective. Other exhibits include pieces from Picasso and Dali donated by private collectors and a section dedicated to local photographers.
Opening hours: Tuesday to Sunday 11:00am to 8:00pm. Closed on Mondays.
Open In Google Maps
5 Yusuph Safarov, Xətai Bakı, 1025, Azerbaijan
+994124908402
Visit Website
Give us feedback 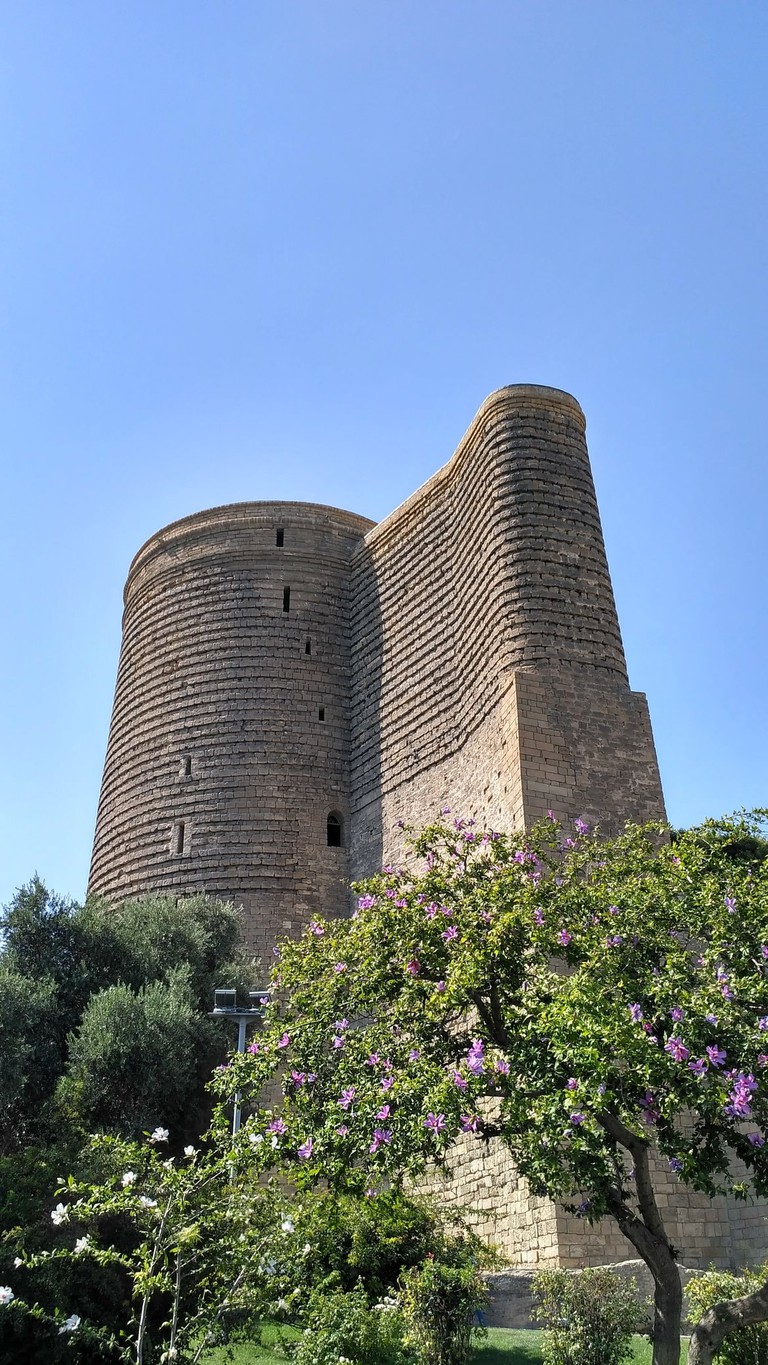 Maiden's Tower Baku | © Sam Bedford
Book Now
Icheri Sheher’s symbol evokes mystery and intrigue. The 29 metres (95 feet) cylindrical tower might date back more than one millennia. But no one knows for sure. Visit the museum to learn Baku’s medieval story and how the city transformed through two oil booms to a modern capital.
Opening hours: 9:00am to 6:00pm. Admission: AZN10 ($5.90)
Open In Google Maps
Sabayil Baku, Azerbaijan
+994124923261
Give us feedback 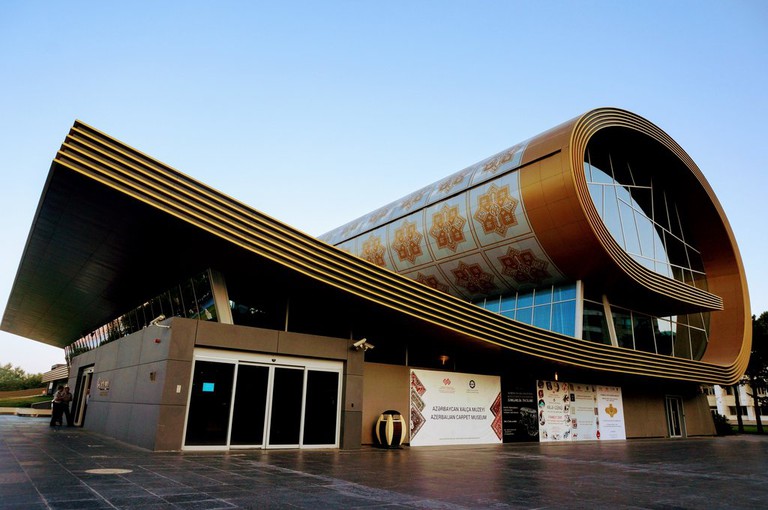 Doesn't it look like a rolled up carpet? | © Sam Bedford
Carpet weaving in Azerbaijan dates back more than 3000 years and plays a huge part in the local identity. Each region produces their own patterns and designs in a tradition once passed down generations. The Azerbaijan Carpet Museum along Baku Boulevard has two claims to fame: the architecture and the displays. From the outside, the building looks like a rolled up carpet, something unique in the world of architecture. Exhibits teach visitors the importance of carpet weaving and display more than 10,000 items including medieval ceramics and jewellery.
Opening hours: From 10:00am to 6:00pm Tuesday to Sunday. Admission: 7AZN ($4.10).
Open In Google Maps
28 Mikayıl Hüseynov Prospekti, Səbail Bakı, 1000, Azerbaijan
+994124972057
Visit Website
Give us feedback

Museum of Archaeology and Ethnography

Museum
Facebook
Email
Twitter
Pinterest
Copy link
Share
Map View
The museum in eastern Icheri Sheher has two sections dedicated to archaeology and ethnography. The archaeology section covers Azerbaijan’s history from the Stone Age to the late Middle Ages. Local life and culture through the 19th and 20th-centuries are in the ethnography. Visitors experience and will understand the ancient traditions and lifestyles and learn how this moulded the Azerbaijan and Baku of today.
Opening hours: Monday to Friday from 10:00am to 5:00pm. Closed on Saturday and Sunday.
Open In Google Maps
Sabayil Baku, 1000, Azerbaijan
+994124925236
Visit Website
Give us feedback

The final museum in Baku is the most special. Approximately 20 kilometres (12.2 miles) east of Baku sits Ateshgah, a fire temple. An eternal flame once burned here for centuries from underground gas reserves. The modern temple, consisting of a large and four smaller flames, is more than 300 years old. But people have worshipped here for millennia. Walk through the rooms surrounding the temple to learn the story of Zoroastrianism in Azerbaijan and Iran along with the origins of Azerbaijan’s relationship with fire. Visit independently by taking bus 184 from Koroglu Metro Station, or join a tour. 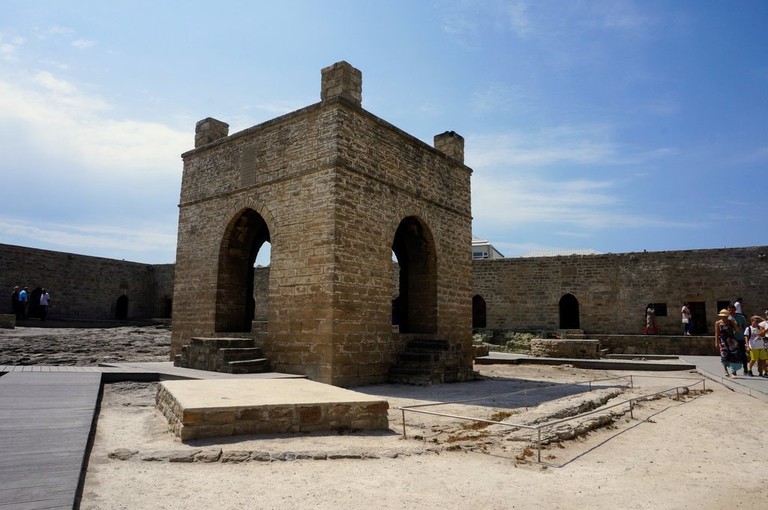