How to Spend 48 Hours in Ganja, Azerbaijan 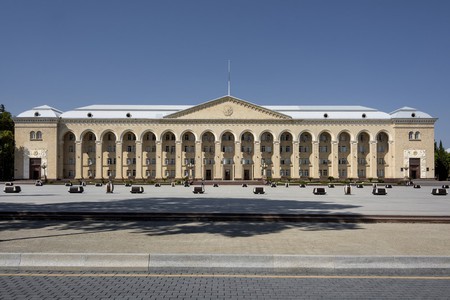 The name Ganja in Azerbaijan might sound deceiving for some tourists. But what it lacks in the way of marijuana, Ganja makes up for with history, culture, traditions and the famous Azerbaijan hospitality. Here are our suggestions on how to make the most out of 48 hours in Ganja.

Day one: The grand walking tour

Assuming you’re already in Ganja, the first morning focuses on exploring the best of the city on foot. Attractions tend to be within walking distance and anyone with a moderate level of fitness shouldn’t have any problems walking.

Start the day in City Hall Square, Ganja’s main square. The Soviet-style building with tall arches to the west is City Hall and houses the Heydar Aliyev Museum. The almost 400-year-old Shah Abbas Caravanserai once hosting Silk Road merchants sits to the east. Juma Mosque dating back to 1606, also called Shah Abbas Mosque, forms the focal point on the southern end of the square. Soak up the different layers of history from the 17th-century Ganja Khanate structures against the Soviet and contemporary influences.

The Alexander Nevski Russian Cathedral, exhibiting a Byzantine style of architecture sits one block to the square’s west. Follow the street north to Ganja’s most photographed attraction: Bottle House. The house used almost 50,000 glass bottles to form the exterior façade. Return to City Hall and enjoy the cafés lining the square.

From Juma Mosque, follow the pedestrianised Javad Khan Street, named after Ganja’s last Khan. The Ganja Khanate ended in 1804. Enjoy the styles of the terraced buildings and read the information plaques to learn more about their stories. Head into the souvenir shops, even if there’s no intention to buy, to see the unusual Azerbaijani trinkets. 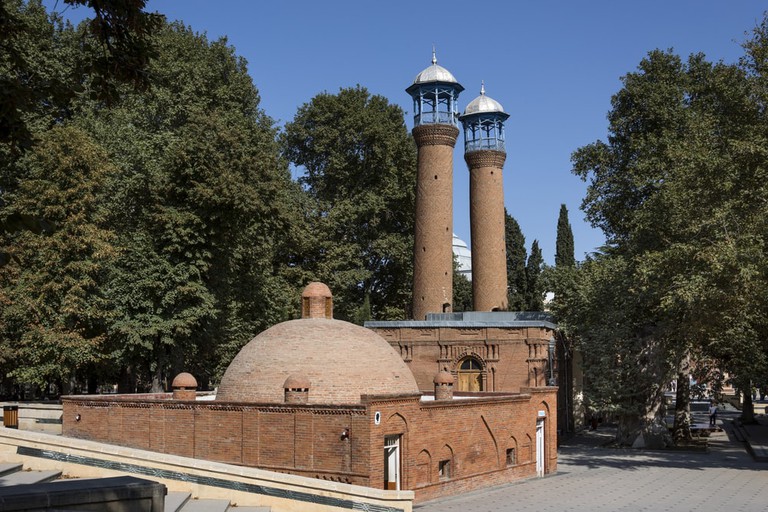 After Javad Khan, head west to Khan’s Garden. The large park features a fascinating history. Javad Khan enjoyed the outdoors and so planted several trees in his garden. Some of the old shady trees remain today, providing shelter for the locals playing board games. Head southeast to the 19th-century German Lutheran Church on Ahmad Jamil Street. The Soviets turned the church into a theatre. The Turkish Baths and Albanian Church are nearby for interested tourists too.

After grabbing lunch, take a taxi to Imamzade. The mausoleum located approximately eight kilometres (five miles) from Ganja is an important site for Shiites, which make up the majority of Azerbaijan’s demographics. The 14th-century complex houses ancient mosques, various monuments, a caravanserai and several other relics.

Day one: An evening at Heydar Aliyev Park

Ganja, like the capital Baku, likes having open spaces and parks for its residents. The Heydar Aliyev Park on the outskirts of Ganja ranks as the largest in the Caucasus. Take a taxi for a few manats from Central Ganja to the park’s main entrance, the Arch of Triumph. After dark, local families come out to stroll through the attractive grounds, on-site amusement park and to enjoy the views.

Not only will visitors find plenty of photo opportunities to capture the essence of the parks glow, but tourists can also rent a bicycle, enjoy snacks and soak up the atmosphere. Anyone with 48 hours in Ganja should consider visiting Heydar Aliyev Park. 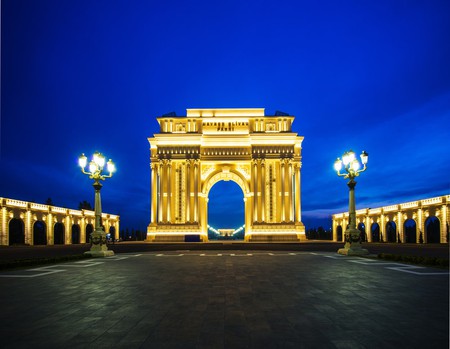 The Arch of Triumph at night | © Elnur/Shutterstock

Located 45 kilometres (25 miles) from Ganja is Azerbaijan’s most beautiful lake: Lake Goygol. Imagine a mountain lake nestled 1,500 metres (4,921 feet) above sea level with dense forest surrounding the deep blue water. Visiting Lake Goygol is a favourite for locals and the relatively few tourists who visit Azerbaijan’s second city. Tourists with 48 hours in Ganja have the time to make the day trip. Start early and expect to arrive back in Ganja in the afternoon. The best way to experience the stunning lake is by hiring a taxi or private driver.

The journey into the mountains follows a long and winding road through a series of small villages. Some have a German heritage and were inhabited by a German community in pre-Soviet times. Despite the former settlers long disappearing, a few relics and monuments remain. Having a private driver might allow the interested tourist to experience the legacy of the all-but-forgotten settlement.

As an alternative, adventurous tourists might want to visit the town of Naftalan, located 60 kilometres (37 miles) southeast of Ganja. Naftalan offers the bizarre experience of bathing in crude oil.

After visiting Lake Goygol, head straight to Nizami’s Mausoleum. Tourists spending 48 hours in Ganja will probably encounter this famous poet’s name on streets and monuments around the city and rest of Azerbaijan. Nizami was and is Azerbaijan’s most famous figure in literature producing poetry in the 12th-century. His mausoleum situated nine kilometres (5.6 miles) from Ganja contains a cylindrical monument and manicured gardens as a testament to the revered poet’s legacy. 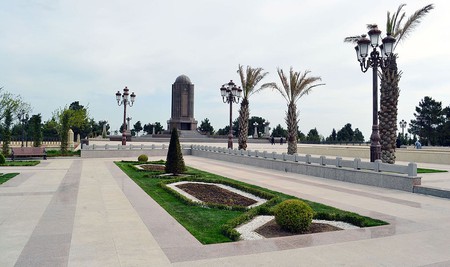 Reflect on 48 hours in Ganja

As the trip to Ganja reaches an end, head to one of the bars or cafés in the city centre to reflect on the experience. Muse on the history enthralled in the city’s architecture and mausoleums while appreciating the incredible beauty few outsiders have the chance to see. After spending 48 hours in Ganja, head to either Baku, Sheki or north into Georgia.