Why is Azerbaijan Called ‘The Land of Fire’? 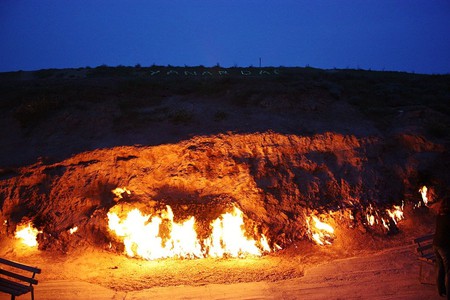 Look at Azerbaijan’s state emblem and you’ll see a red flame as the centrepiece. Walk through Baku and observe the city’s focal point, the Flame Towers, dominating the skyline. Azerbaijan has a close relationship with fire, earning the nickname as ‘The Land of Fire’. Here’s why.

Azerbaijan was a mysterious place for the ancients. Flames often burst from the mountains and sea. Imagine what the people thought back then when most worshipped the natural elements of earth, fire, air and water. Zoroastrianism, once one of the largest religions in the world and believed to have influenced the birth of Judaism, was born.

The early Zoroastrians placed great importance on fire, which they believed represented the light of wisdom. Ateshgah, near Baku, became a central worshipping and pilgrimage site until the Arabs brought Islam in the 10th century. Most Zoroastrians then fled Iran and Azerbaijan to Northern India. 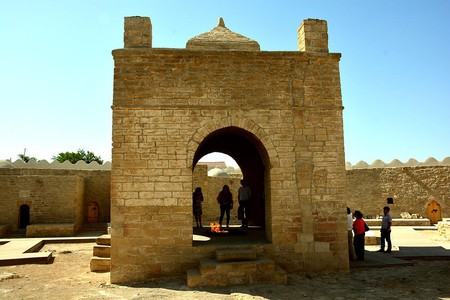 Azerbaijan has vast reserves of oil and subterranean natural gas. Roman records dating back 2500 years ago suggest oil extraction took place on Azerbaijan’s Absheron Peninsula. And Byzantine accounts in the 5th century claim to see ever-burning fires across the landscape.

High pressure causes the gas to seep out through fissures into the air in the same way as turning on a gas stove. As the knob turns, gas comes out. When the gas ignites, the flame continues to burn as long as the fuel continues to flow.

The same is true for Azerbaijan’s eternal flames across the mountains and inside fire temples. Endless supplies of underground gas reach the surface and, one way or another, ignites. The flame then burns for as long as the gas supply remains. Soviet exploitation in the 20th century caused most natural fires to extinguish. 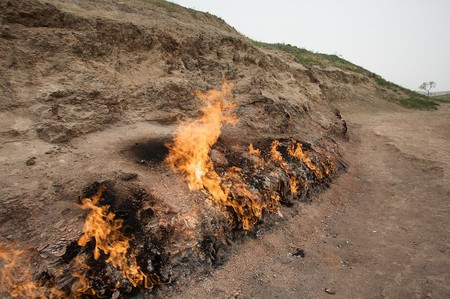 Continuous flames blazing by the hillside in Yanar Dag | © indigoprime/WikiCommons

Why is Azerbaijan called The Land of Fire?

The ancient Persian name Aturpatakan translates to ‘A place where the sacred fire is preserved’. Azer today in Persian means fire. The Ancient Greeks believed Zeus chained Prometheus, who stole fire from the gods, to the Caucasus Mountains. Most likely the reason is the endless flames dominating Azerbaijan’s mountains throughout history.

The historical significance of fire runs deep in the veins of Azerbaijan culture. Flames are the national symbol. Yanar Dag, or burning mountain, and Ateshgah Fire Temple near Baku are proud sites. Head south to Astara near the border with Iran and see Yanar Bulag, a spring where the water burns when ignited. One thing’s for sure, ‘The Land of Fire’ lives up to its name in the 21st century. 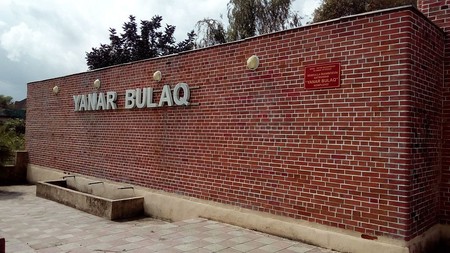