View of Lake Goygol | © Rolf G Wackenberg/Shutterstock
Ganja, Azerbaijan’s second city, dates back 1,500 years. Different rulers controlled the region including Arabs, Persians, Turks and Russians. Each left their mark on the architecture and culture. Here are the top attractions in Ganja from ancient mosques to the largest park in the Caucasus.

Located in central Ganja and dating to 1606, Juma Mosque boasts a red-brick exterior and a large white dome. Sheykh Baheddin Mohammad Amil of the Persian Safavid Empire commissioned the mosque which once had an adjoining madrassa. The two minarets were added later towards the end of the 18th-century. 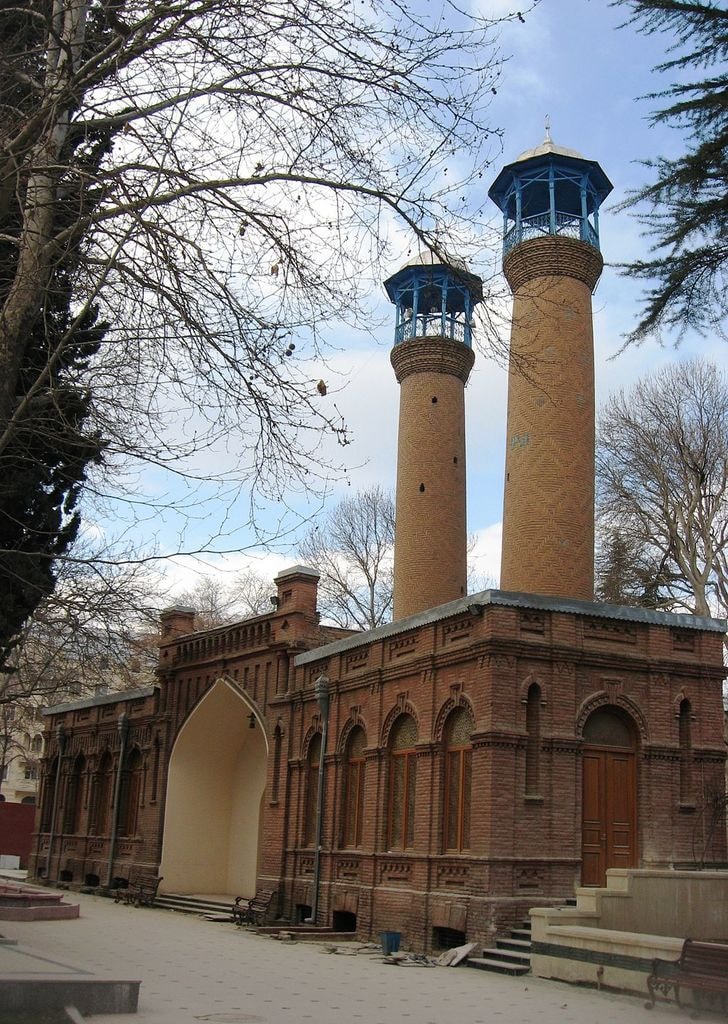 Approximately 100 metres (328 feet) from Juma Mosque sits the 17th-century caravanserai. Centuries ago, trading merchants on the Silk Road stayed overnight in the rooms before continuing their journey. Recent excavations discovered a sophisticated lighting and ventilation system inside.

Any tourist travelling through Eastern Europe and Russia will encounter the name Kvas. From a first glance, it looks similar to a glass of beer. But it’s not beer. Instead, Kvas comes from fermented bread and gets served in a small cup. Located along Nizami Ganjavi sits a tiny hole in the water, selling the best Kvas in Ganja. Spend a few cents and sample this somewhat unusual drink in Azerbaijan. 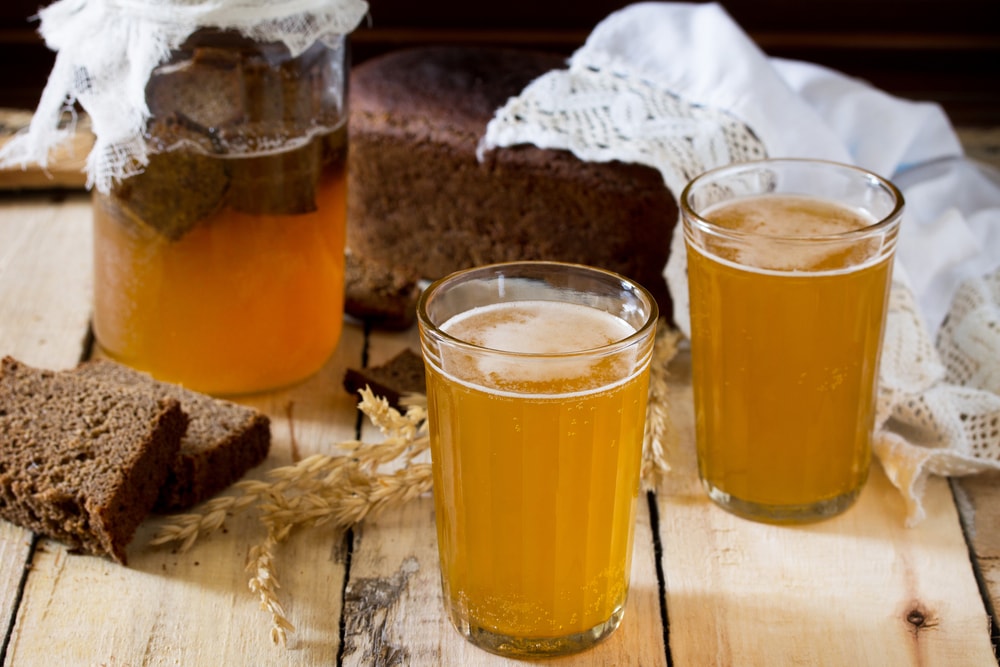 Kvas, a popular fermented beverage made from bread | © Elena Hramova/Shutterstock

Covering a whopping 450 hectares, Heydar Aliyev Park has the title of Azerbaijan’s and the Caucasus’s largest park. A total of nine gates lead inside. The lavish Arch of Triumph marks the main entrance. Inside, manicured lawns and neat flower arrangements welcome visitors as they stroll through the complex. An amusement park, large pond and bicycle rentals provide entertainment while vendors sell popcorn, light snacks and refreshments. Despite the location on the city’s outskirts, the park ranks as a favourite attraction in Ganja. 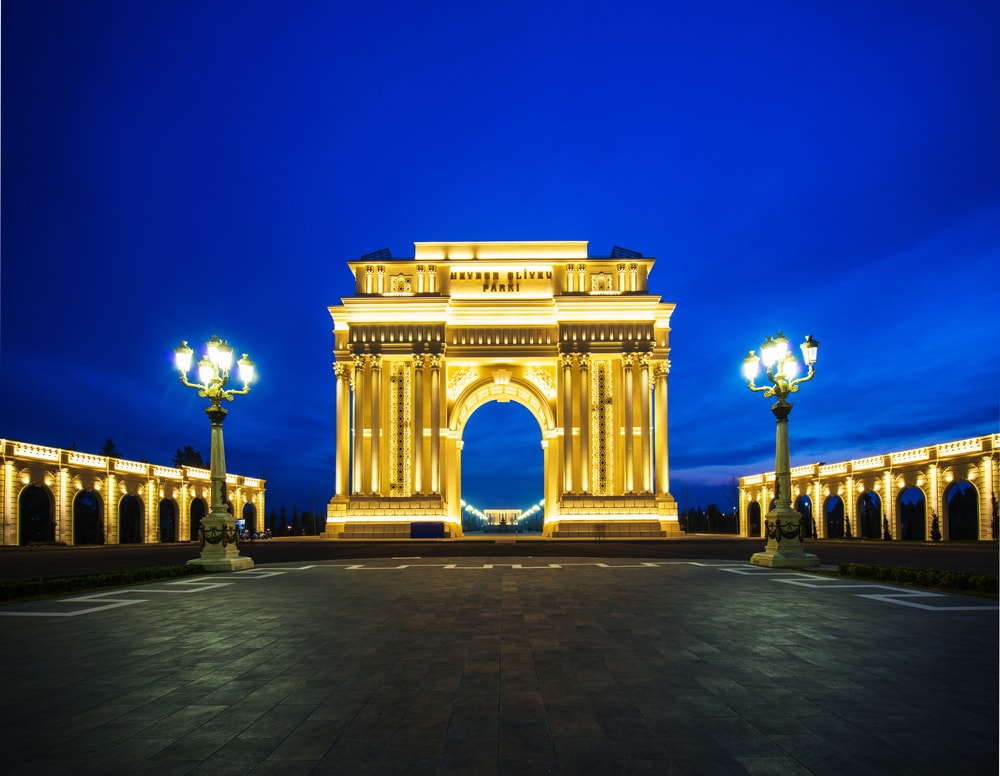 Not far from the Shah Abbas Caravanserai sits Ganja’s pedestrianised Javad Khan Street. Stroll through and marvel at the architecture. Some buildings date back to the Russian Empire. Souvenir shops and cafés fill the lower floors of the attractive facades. A few fountains and sculptures dot the walking street too.

Bottle House ranks as one of the more unique attractions in Ganja. Few buildings around the world use 50,000 glass bottles as part of the masonry. A private family owns the house and created an image of a family member lost during World War II. Located down a small street off Nizami Ganjavi, Bottle House attracts several tourists making it one of the most photographed spots in Ganja. 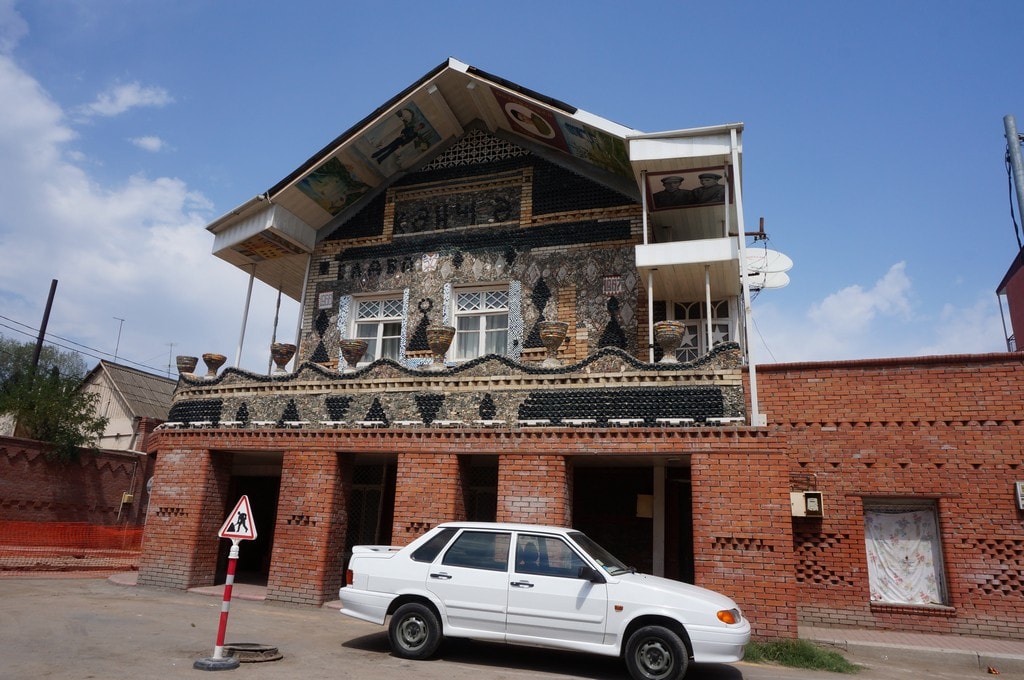 A house made out of bottles in Ganja | © Sam Bedford

Alexander Nevski, a legendary 13th-century Russian, has a few orthodox cathedrals named in his honour around Eastern Europe. Ganja’s Byzantine-style Russian Church dates back to 1887. After the Russian Empire fell following the 1917 Revolution, the church lost its religious function and briefly became a museum, and later a warehouse. The church reopened again in 1946. Icons of both Alexander Nevski and Mary Magdalene decorate the interior.

Nizami Ganjavi, a 12th-century poet, is Azerbaijan’s most famous and revered figure. A large monument was erected which later collapsed from dilapidation in the 1840s. Reconstructed again in 1947 and renovated into its current form in 1991 after Azerbaijan’s independence, the tall cylindrical structure and surrounding gardens are a major attraction in Ganja. Tourists need to travel nine kilometres (5.6 miles) along the R51 Highway to reach the Mausoleum. 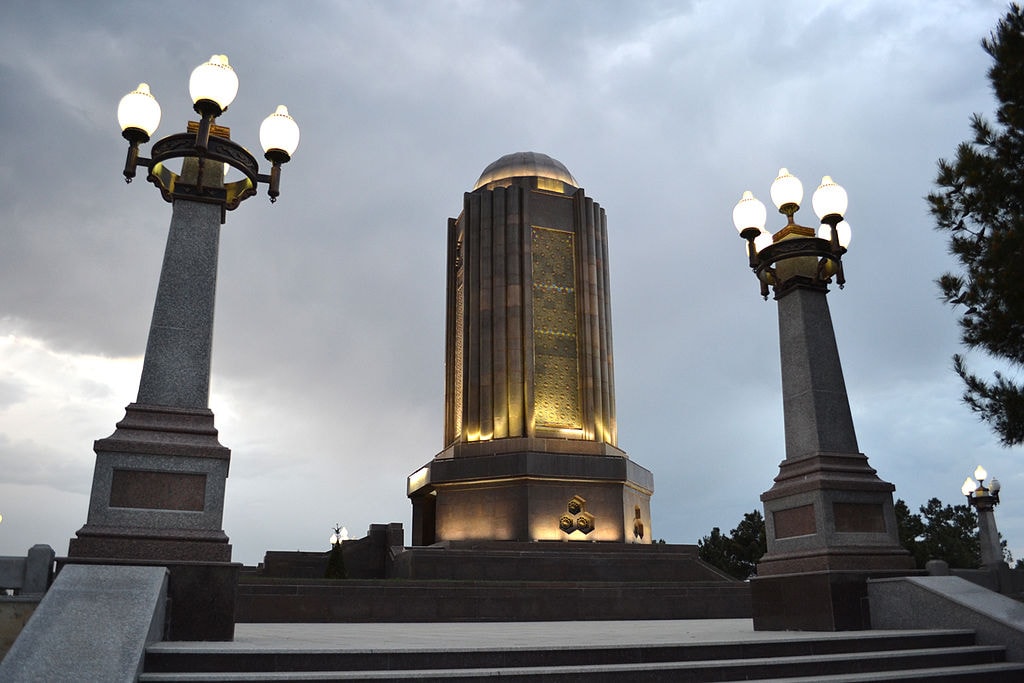 A few kilometres northeast of Ganja lies Imamzadeh, a sacred place in Shiite Islam. The name translates as ‘the sons of prophets’ referring to the burial place Prophet Ali’s descendants. The mausoleum dates back to the 14th-century and includes mosques, funerary monuments and an ornate blue-tile dome. Ganja’s Imamzade attracts Muslim pilgrims and lists as a protected monument in Azerbaijan. 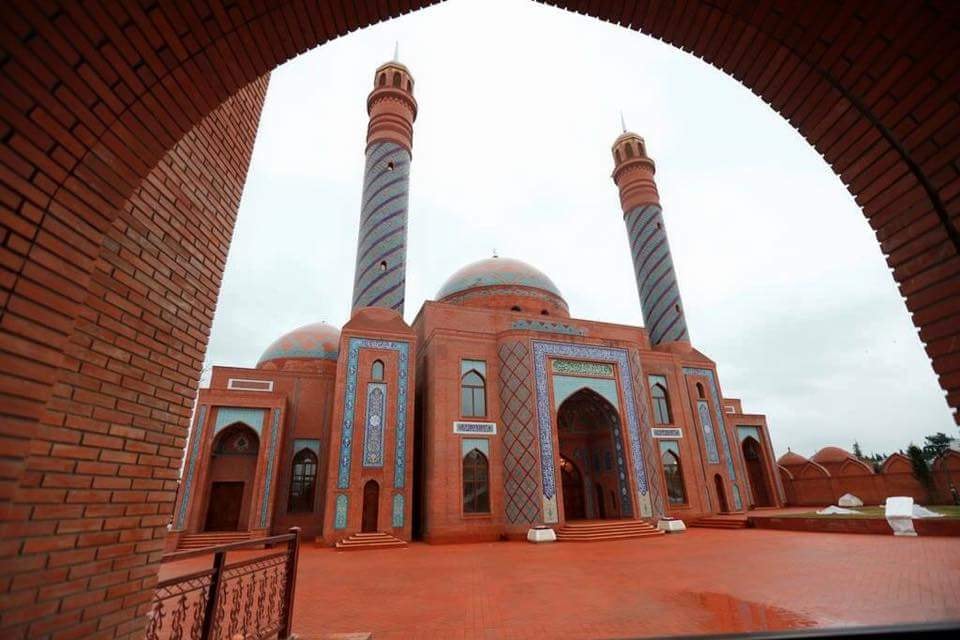 A deep blue mountain lake surrounded by dense forest can be reached in just over an hour from Ganja. Lake Goygol, often rated as Azerbaijan’s most beautiful lake, sits 1,500 metres (4,921 feet) above sea level housing a wide variety of fish and wildlife. After recently opening to the public (closed because of the ongoing conflict with Armenia), only a small section is accessible to tourists. Don’t expect a day of hiking or exploring. But the drive through the mountains and passing traditional villages with a hint of German culture makes Lake Goygol a top attraction in Ganja. 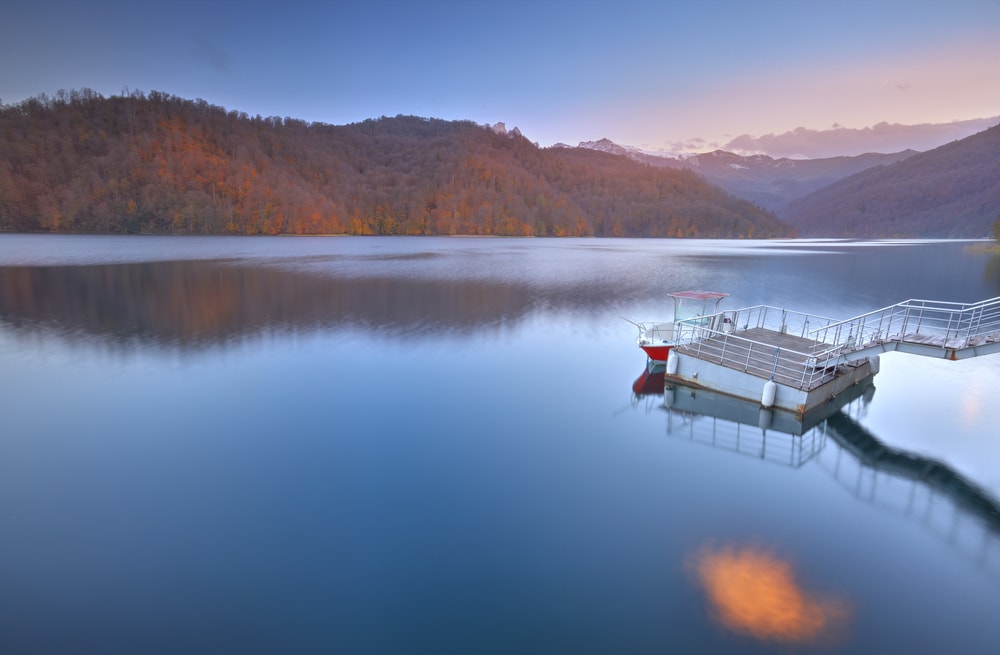