The 10 Best Destinations in Azerbaijan 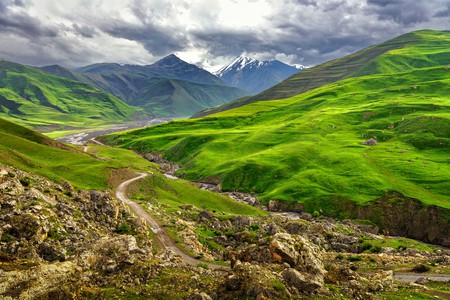 View from nearby Xinaliq Village | © mbrand85/Shutterstock

Despite most people never dreaming of travelling to this part of the world, Azerbaijan provides those who do with a fulfilling adventure. Thousands of years of history combine with deeply-rooted traditions. The best places to visit in Azerbaijan offer diversity in landscapes, culture, wildlife and experiences.

Azerbaijan’s capital, Baku, often features as one of the first places to visit in Azerbaijan. The medieval Icheri Sheher with the mysterious Maiden Tower forms its focal point. A late 19th-century Inner City with architectural styles from the Russian Empire and a modern skyline complete the layered appearance of Baku. Highlights include Bake Boulevard hugging the Caspian Sea, Flame Towers and the shopping district along Nizami Street. Not only will visitors find a selection of hotels to suit any budget but a wide variety of restaurants, bars and cafés are available too. 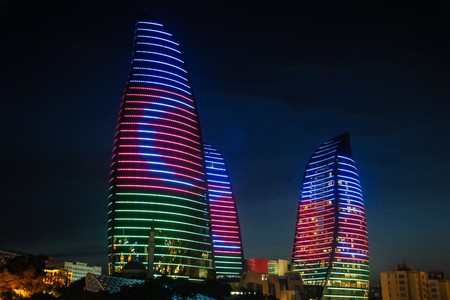 The second city and birthplace of famous 12th-century poet, Nizami Ganjavi, attracts relatively few tourists compared to Baku. But make the 370-kilometres trip (230 miles) journey from the capital, taking approximately four and a half hours, to experience this historical city. Ganja as the name might suggest doesn’t refer to marijuana. Instead, a rich history dating back to the 6th-century along with ancient mosques, caravanserai, churches and a house constructed from bottles awaits.

Anyone looking to experience pristine landscapes, ancient mountain villages and immerse themselves in Caucasus culture should consider Quba. The cultural centre located 170 kilometres (106 miles) from Baku in the northeast tends to be included in the top places to visit in Azerbaijan. Sat at 600 metres (1,969 feet) above sea level on the slopes of the Shahdag Mountain, the region has crisp and fresh air while oozing with culture. Natural beauty in the Greater Caucasus Mountains landscapes, Tenghi Canyon and waterfalls are just a few of the highlights.

Head to the opposite side of the Qudailchay River traversing Quba and stroll through Qirmizi Qesebe (Red Town). This 2,500-year-old settlement houses a community of mountain Jews living in an enclave said to be the largest all-Jewish settlement outside of Israel. Other near villages include the remote Khinalug, Qusar, Lahij and Saribash.

Visiting one of the Caucasus’s oldest settlements ranks among the best places to see in Azerbaijan. With a population of just 60,000 at the foot of the Greater Caucasus Mountains, the humble impression outsiders get is somewhat deceptive. For millennia, Sheki’s silk transformed the small town into a major post on the Silk Road. Traders from east and west converged here with many sleeping in the town’s caravanserai. Flash forward and find the Palace of the Sheki Khans from the 18th-century, castles and historical mosques. Head away from Sheki and find rivers, waterfalls and gorges along with several opportunities to hike in the mountains.

Another hotspot for history connoisseurs: Shamakhi. Boasting a history of two and a half millennia and housing the former Shirvan Empire’s capital, the small town is worth the two-hour drive from Baku. Medieval archaeological ruins and the crumbling Gulistan Fortress that dates back almost a thousand years make interesting sites. The region is historically a hotspot for carpet weaving as well as being the birthplace of several Azeri poets. 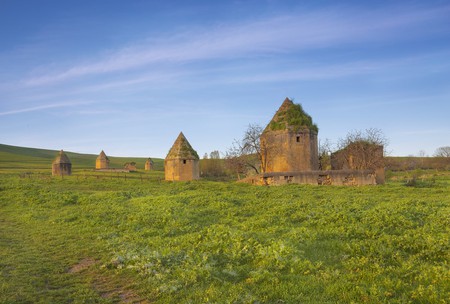 A short drive from Ganja brings visitors to arguably the best place to visit in Azerbaijan for natural beauty. Lake Goygol or ‘Blue Lake’ at 1,500 metres (4,921 feet) features deep blue water against dense forest in the Murovdag foothills. Formed after a 12th-century earthquake, the lake is often one of the most popular day trips from Ganja. Driving through the mountains should be savoured too and not just for the landscapes. The region once housed a German community before falling victim to Soviet deportation. A hint of their legacy and influence lingers in some of the villages. 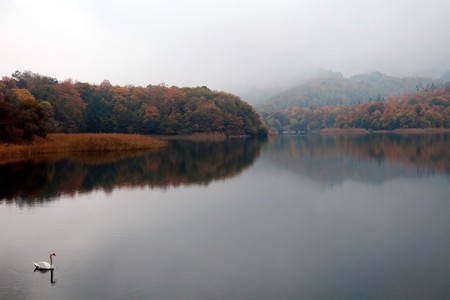 Two mountain ranges stretching from the Caspian to the Black Sea and splitting Azerbaijan and Armenia, form the Greater and Lesser Caucasus Mountains. According to experts, the mountains are some of the most culturally and linguistically diverse regions on the planet. Various ethnic groups and languages different to Azeri are found in these isolated communities contributing to their diversity. Hiking through uncharted wilderness and following the trails on the ambitious Transcaucasian Trail are highlights.

Heading south from Baku along the Caspian Sea towards Iran reveals the sleepy resort town of Lankaran. With Neolithic origins and a long stretch of coastline, Lankaran is one of the local’s favourite places to visit in Azerbaijan. Stroll through the town and visit the Lighthouse, Lankaran Fortress, Heydar Aliyev Memorial Park and the Old Prison. Beach lovers are recommended to head a few kilometres south to Kanarmesha while fans of the outdoors can take a day trip to the Ghizil-Agaj State Reserve. The second houses more than 200 species of birds, wolves and boars.

Not typically included in the guidebook’s top places to visit in Azerbaijan but worth a special mention. The small town of Naftalan near Ganja offers a weird type of spa treatment. Believed to date back more than 1,000 years and popularised by the Soviets, Azerbaijanis today visit the spa to bath in crude oil. Some believe bathing in this special grade of oil has health benefits including treating skin disorders and neurological problems. Adventurous tourists can try this experience for themselves. 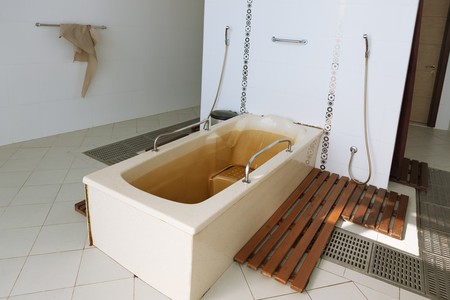