The Best Things To See And Do During Winter In Innsbruck, Tyrol

In winter, the beautiful Tyrol city of Innsbruck comes alive with markets, lights and wintry attractions. Christmas and New Year’s Eve are definitely among the best times to visit Innsbruck and explore its cultural offering, and its wealth of local traditions. Explore the city with our photo guide to Kristallwelten, Seegrube and the Old Town. 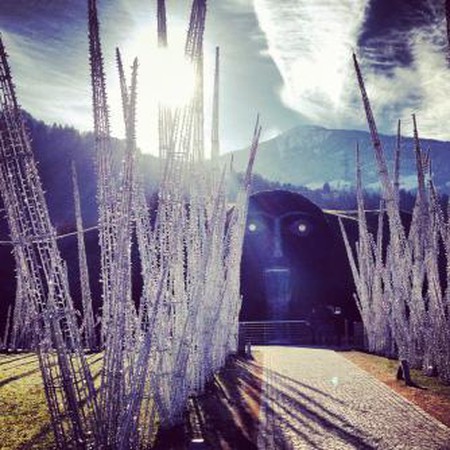 It’s called Kristallwelten and it’s Swarovski’s reign. Built close to the Swarovski factory in Wattens, near Innsbruck, this fascinating museum was designed in 1995 by the multimedia artist Andrè Heller to celebrate the company’s 100th anniversary. The company Swarovski was born at the end of the 19th century, when jeweler Daniel Swarovski founded a small crystal factory, with just ten workers. But Kristallwelten is much more than just the company’s museum. This exhibition space boasts a beautiful outdoor garden, and inside, contains 14 hidden rooms with a number of fascinating paintings, sculptures and installations. Pieces from world-famous artists are on show throughout the museum such as a wonderful crystal tree by Alexander McQueen and a giant crystaloscope by Peter Mandl and Andrè Heller are just some of the examples. 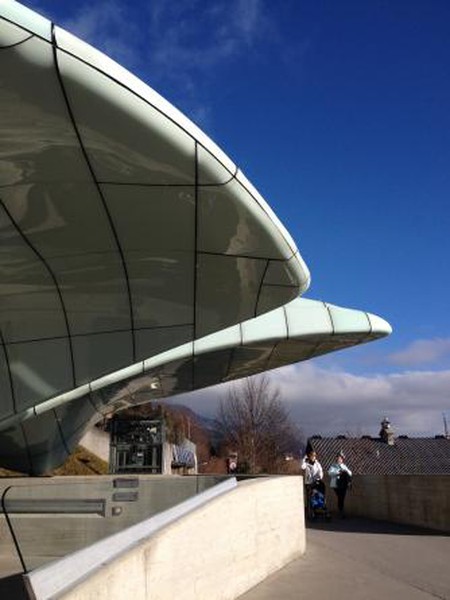 Save one day to climb up (with a cable car and a funicular) via Nordkette to Seegrube ski station at 2200 meters above sea level, where you can enjoy a wonderful panorama of the city, the ski tracks, as well as a drink at a unique igloo bar called Cloud9.

Don’t forget to take a look at the futuristic Nordkettebahnen stations, which have been awarded the European Union Prize for Cultural Heritage/Europa Nostra Award. Four ultra-modern, eye-catching stations were designed by Zaha Hadid, who also designed the Bergisel ski jump, the city centre Congress station, the Löwenhaus station, the Hungerburg station at the Alpenzoo, and finally the Seegrube station. 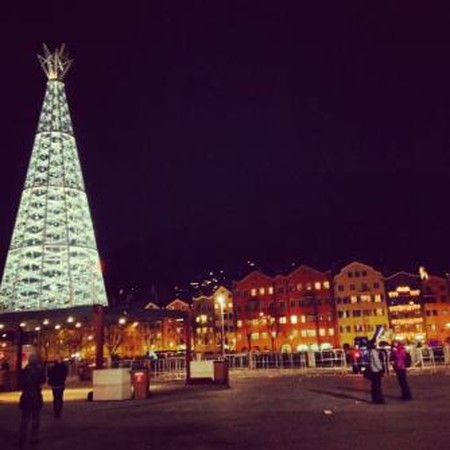 On the main street of Innsbruck, don’t miss the Christmas markets of Marie-Theresien-Strasse: lights and stalls with examples of the typical products of the area, surrounded by glittering Christmas trees and crystal decorations.

Lose yourself in the maze of narrow streets of the old city center, which is full of Tyrolean decors and original details. Goldenes Dachl (‘Golden Roof’), built in the 15th century and covered with almost 3000 gilded copper tiles, is the symbol of the city and is located in the oldest part of the town; this Gothic area is, in fact, one of the most beautiful historical centers of medieval Austria. During Christmas time, the area fills with typical Tyrol Christmas markets, where traditional food and drink can be enjoyed in stunning surroundings.

Courtesy of Elisabetta Rizzato
Give us feedback