Vineyards in Vienna: The Capital That Grows the Most Wine Within Its City Limits 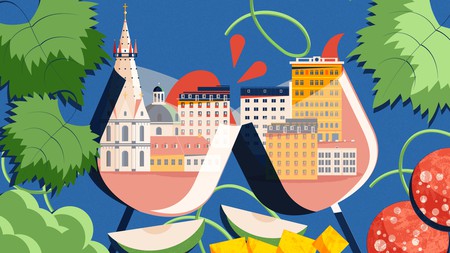 You might not think it, but Vienna beats Bordeaux, Chianti and the Napa Valley as the biggest winemaking capital in the world.

“In Vienna, we don’t drink wine, we eat wine,” says Fritz Wieninger, one of the Austrian city’s best-known vintners. “We often say we chew wine.” This masticatory approach might sound unusual, but the idea of Austrian wine isn’t as outrageous as you might think. Wieninger is one of no fewer than 630 wine producers who call Vienna home, meaning that it has more wineries within its city limits than any other capital in the world.

Vienna may not initially spring to mind when you think of Europe’s outstanding wine-growing regions. But its tightly packed cluster of vineyards in fact produce a wide variety of wines, many of which are internationally recognised for their quality, and the drink has a longer history here than you might expect.

The early wines of Vienna

The first documented evidence of vineyards planted in Vienna (or wien, as it’s known in German) can be found in texts from the 12th century. But wine is thought to have been produced in the region much earlier than this, by various groups that ruled the city throughout its history, including Celts, Illyrians and Romans.

However, Vienna’s wine production hasn’t always been of the high quality that it is today. In the Middle Ages, the wine created in the city is said to have been so sour that the reigning emperor, Frederick III (1415–1493), banned the populace from drinking it. Nevertheless, legend has it that this unpalatable drink lives on – in the city’s architecture, of all places. Apparently, as horrible as it was, the wine was considered a gift of god and couldn’t be thrown away, so it was used to mix mortar for Saint Stephen’s Cathedral. 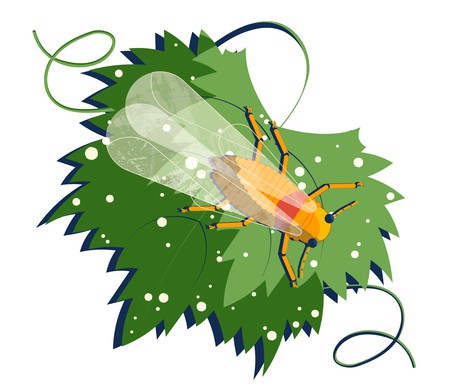 This somewhat shaky start did not deter Vienna’s wine producers, and in the 18th century, Emperor Joseph II (1741–1790) decreed that the vineyards’ produce could be sold in licensed locations, giving rise to the creation of the first of the traditional Viennese heuriger, or wine taverns, in 1784.

It wasn’t all plain sailing from here on in, however; Vienna’s wine production was temporarily halted in the 19th century when, along with vineyards across Europe, the city’s vines were affected by the phylloxera virus. To solve the crisis, vines from the USA were planted in their stead. Wine has been grown successfully in the region ever since.

The best of Vienna’s vineyards

There are now 647 hectares (1,600 acres) of vineyards in Vienna, producing a range of delicious wines from an impressively wide variety of grapes.

Perhaps the most successful wine from Vienna is Wiener Gemischter Satz, or ‘Viennese field blend’, created from a mix of grapes that are all grown together in the same vineyard. According to the Wieninger winery this is “a symbol and reflection of Viennese culture”, due to its complexity of character and blend of flavours.

Fritz Wieninger describes the way that the elements work together to create a harmonious product as “like an orchestra”. To make his personal blend of Wiener Gemischter Satz, Wieninger explains that he “composes the wine” as he plants his vineyards, using different proportions of grape varieties.

While Viennese wine is particularly popular in the restaurants and bars of Vienna itself, it is also exported worldwide. For example, Wiener Wieninger alone sells its wine in 42 countries: 20 European countries, including France, Spain and Germany, as well as locations in the Americas such as the USA, Canada and Peru, and seven Asian countries, including Japan, China and Korea.

Thanks to the fantastic views that their hilltop locations offer over the city, Vienna’s vineyards have also become a popular meeting place, particularly at weekends, when they tend to be busy with people walking, running or cycling through the vines.

And of course, there’s the chance to taste the wine at the wineries themselves and even in the vineyards. Wieninger am Nussberg, for example, serves plates of cured meats, cheeses and freshly made breads at its location at the top of the Wieninger vineyards, where benches are set amongst the vines outside, perfect for an al fresco drink. 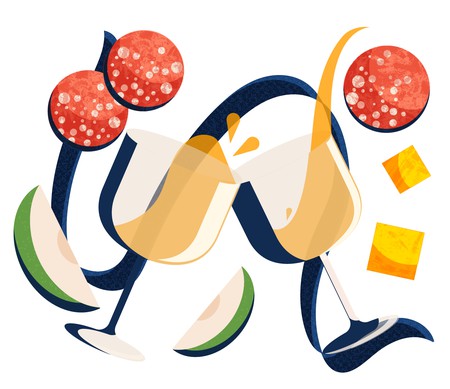 Where to drink Viennese wine

Vienna’s heuriger, which are largely clustered in the pretty 19th district, are the best place to head for a traditional Viennese meal paired with a glass of the city’s finest.

Heuriger were originally founded for local winemakers sell their wine during the growing season – they’d indicate that they were open for business by the unusual expedient of hanging an upside-down tree branch in front of the building. Luckily, these days you don’t have to wait for the trees to turn upside down – wine is now continuously sold at Vienna’s heuriger throughout the year.

The taverns are typically decorated with gingham curtains hung over shuttered windows with typical, if twee, wooden furniture throughout. Meals embrace the best Austrian traditions of hearty, wholesome food. Expect large platters of meats, hascheeknödel (potato and pork dumplings) and plenty of wiener schnitzel (breaded veal escalope) on the menu. Plus, of course, apple strudel for dessert.

While there are many heuriger to choose from around town, great places to visit include Heurige Christ, with its lacy window coverings and traditional furniture; and Heuriger Wieninger, which has a lovely tree-covered patio, complete with old-fashioned street lanterns. For warmer weather, try Heurige Wolff and Heurige Kierlinger.