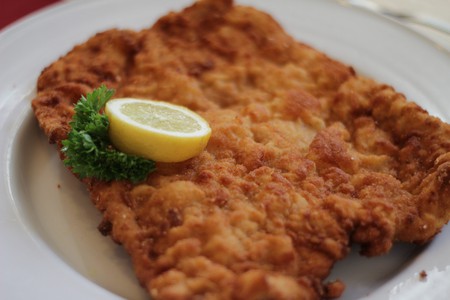 Italians and Austrians bicker over where the pounded, golden bread-crumbed dish originates. Its Italian sister, the cotoletta alla milanese, is rumoured to have been introduced to the Viennese in the 19th century, however, many believe this to be false. Either way, in order to legally claim it as a truly authentic wiener schnitzel, the meat must be veal, but there are many varieties available. Read on to discover our pick of the best restaurants to try this iconic dish.

Schnitzelwirt is a quintessentially Austrian joint that has been supplying the people of Vienna with their version of wiener schnitzel for over 35 years. The owners recently passed the baton to their two daughters, who continue the legacy of serving sensational slithers of meat. This restaurant claims that theirs is ‘a schnitzel to fear’ for its success as an inexpensive yet high-quality treat. Enjoy this typical recipe in a rustic setting and pair it with a potato salad or chips for a hearty, indulgent supper. 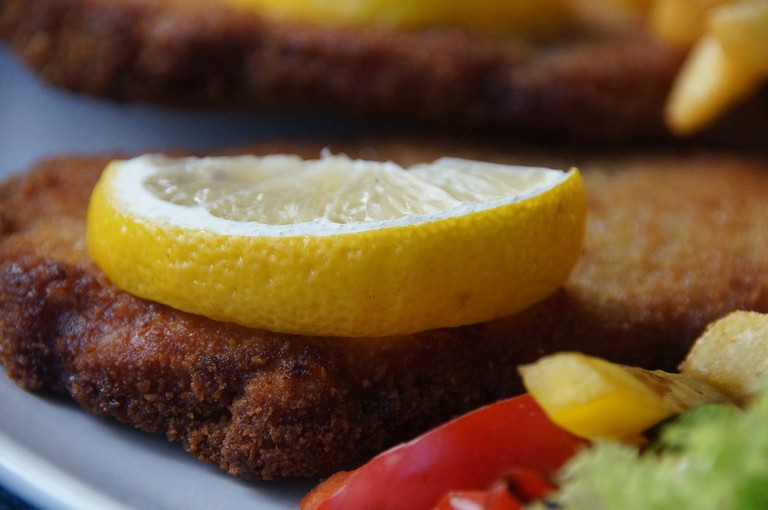 Here is where you’ll find classic dishes served by classic Viennese waiters, dressed in their traditional attire of black and white. They cite 1905 as ‘the year the schnitzel was born’, when Johann Figlmüller set up his restaurant just streets away from St Stephen’s Cathedral. Pork cuts are used for the schnitzel at Figlmüller, pounded to tender perfection and then coated with ‘imperial breadcrumbs’ from Kaiser rolls, giving the schnitzel its characteristic crunchy outer layer. Potato salad is usually served alongside it – or you can choose from over 12 different salads. Not one for modest diners, the schnitzel here spills over the plate. 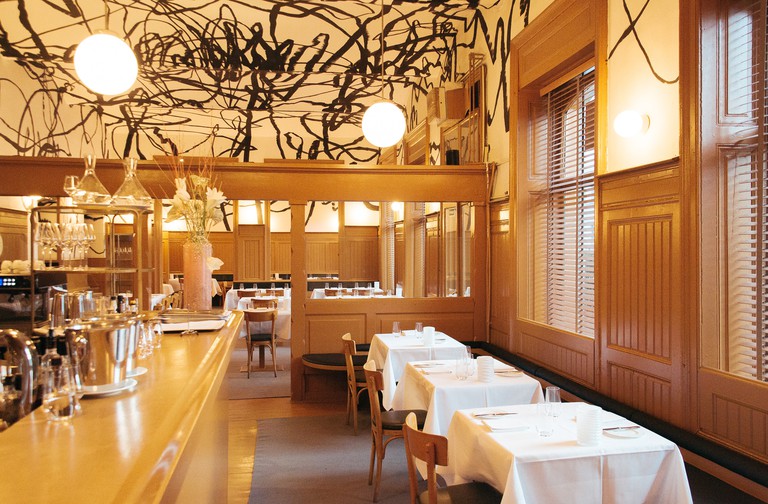 Skopik & Lohn is one of Vienna’s hottest restaurants. Originally intended to be opened in New York City, it is located many thousands of miles away in Karmelitermarkt, a particularly artsy area of the second district. Skopik & Lohn is both serious and playful about its food, drinks and atmosphere, cleverly combining the elegance of Austrian fine dining with the laid-back feel of a 1920s NYC bistro. The interior, which was designed by Austrian artist Otto Zitko, is dramatic, with chaotic black splashes dashed across the ceiling in stark contrast with the neat, white-clothed tables below. As well as many Viennese favourites, such as wiener schnitzel made using the traditional veal, you’ll find creative and contemporary gems such as chicken with rhubarb and cranberry jus. The only gripe is the somewhat lacklustre options of vegetarian dishes. 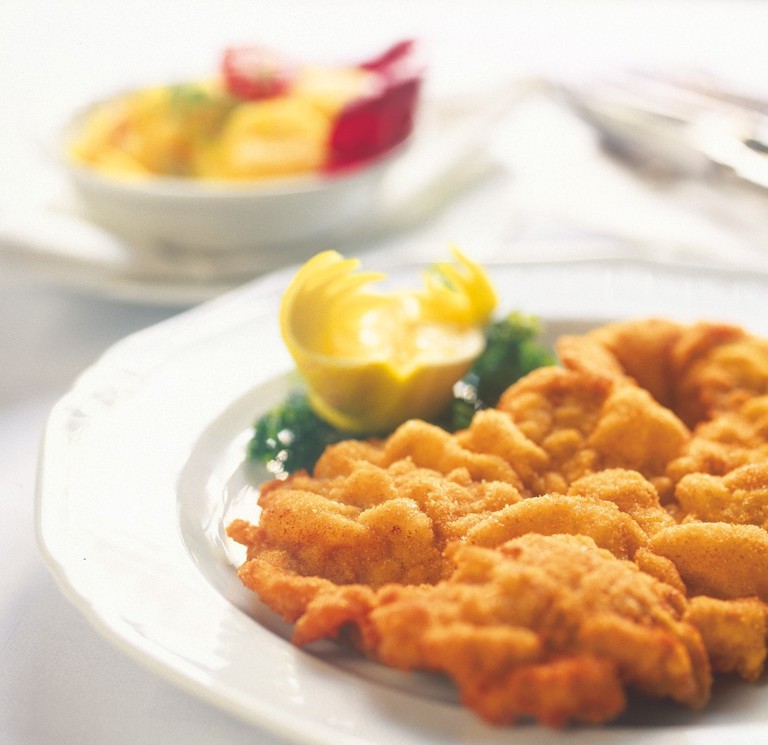 Tucked away in Vienna’s historic ‘Bermuda Triangle’ area, this is an elegant and atmospheric environment in which to try out this traditional dish. Although the restaurant boasts an ever-changing menu, the wiener schnitzel has remained a constant and reliable dish. Favouring the veal variety, it is succulent, expertly seasoned and served with the conventional Viennese companions of potato salad and greens. 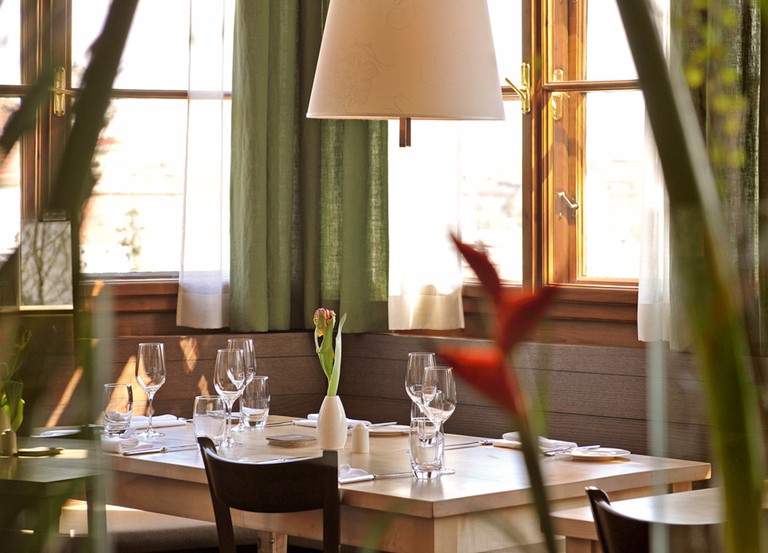 Pfarrwirt is renowned for being one of the oldest taverns in Vienna. Enjoy your wiener schnitzel in a building that dates back to the 12th century, making it a perfect venue for sampling a historic dish. Its saying, ‘a wiener schnitzel is a wiener schnitzel’, alludes to its simplicity. Located in the 19th district, where the city’s historic vineyards are, it is an ideal place to have dinner after a long walk in the hills. 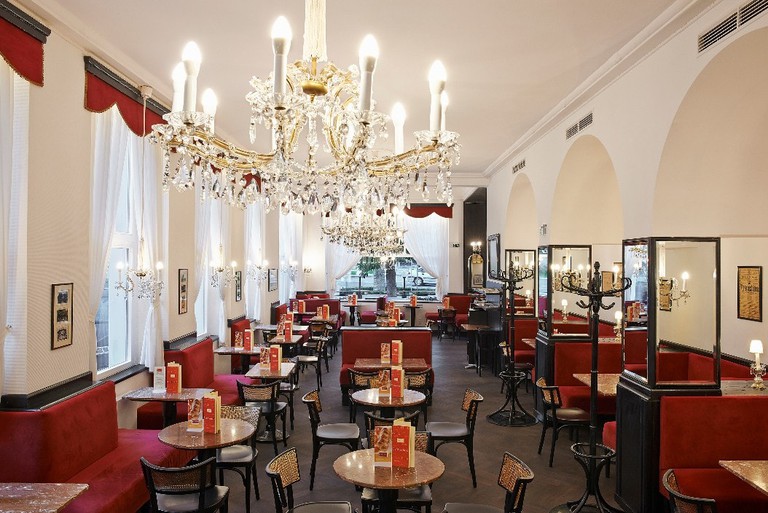 This cafe is as Viennese as they come, steeped in tradition inside and out. Many Austrians will tell you to look no further when hunting for the finest schnitzel in Vienna. Here, you can enjoy the dish in fancy surroundings, with the stylised furnishings and elegant chandeliers that dress the interior. In summer, there is the option of eating outside in the charming garden. Their recipe is a traditional one, using veal as the meat of choice. Reassuringly, the place is always packed with locals.

All Day
Give us feedback