Emporer's Mess | Pixabay
Legend has it, this light-as-air dessert (meaning ‘Emperor’s mess’ in English) came into existence back in imperial times. Austrian emperor Franz Joseph I was travelling through the Alps and decided to stop by a farm for something to eat. The farmer he called upon, made nervous by this unexpected, royal visit, scrambled the pancake in a panic. In an attempt to hide the catastrophe, he smothered it in a rich berry jam. Lo and behold, the Kaiserschmarrn was born. Here are the best places to try it in Vienna.

Cafe, Restaurant, Austrian, Contemporary, $$$
Vegetarian dish at the restaurant | © Jausen Station
The Jausen Station is a 1950s-style pavilion café, snugly tucked away behind tall hedges on the imperial grounds of Schönbrunn Palace – the perfect place to sample a dessert with royal roots. The veranda, decked out in coloured tables and chairs, is a wonderful place to enjoy the evening sun and sample one of Vienna’s most famed desserts. Their version of Kaiserschmarrn is served in the pan, generously dusted with sugar, and with two varieties of compote in a glass jar on the side. Be sure to pair it with a cup of hot coffee.
More Info
Open In Google Maps
1 Schönbrunn Palace, Schönbrunner Schloßstraße, Hietzing , Vienna, 1130, Austria
Visit website

Heindls is a classic pancake house with a traditional Austrian vibe. You can sample a huge range of both savoury and sweet pancakes – from ham with Gouda cheese and Norwegian salmon, to a an array of Kaiserschmarrn, including a Linzer Mandalscharrn: a delicious and rich combination of almonds and stewed raisins. The chefs are deeply proud that Heindls is a quintessentially Austrian establishment and ensure that all the ingredients used are homegrown – including the flour, which is created in Austrian mills, and the sugar, which is from Vienna and Lower Austria. 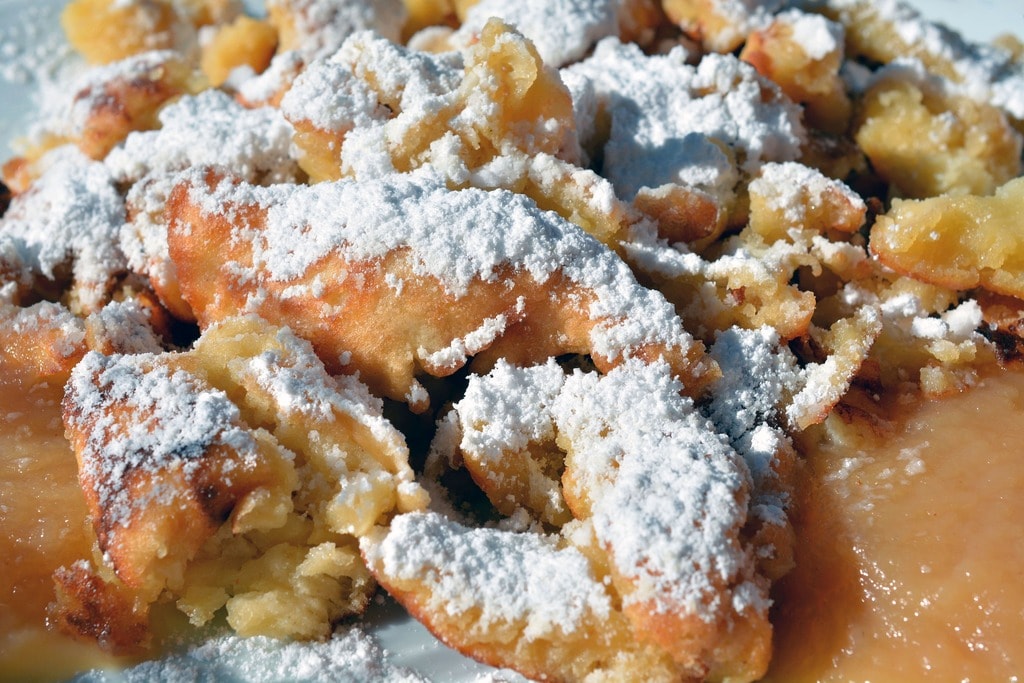 This iconic coffeehouse offers a range of pastries and delicacies and their version of Kaiserschmarrn gives any competitor a run for their money. Perfectly fluffy and not overly sweet, they come served with a sharp sauce and still piping hot. The café, first opened in 1876, has preserved the grand atmosphere of a splendid past. The beautiful vaults, marble pillars, exquisite chandeliers hanging from the ceiling, the royal, purple upholstery and the intricate design of the chairs instantly transport customers to imperial-era magnificence. 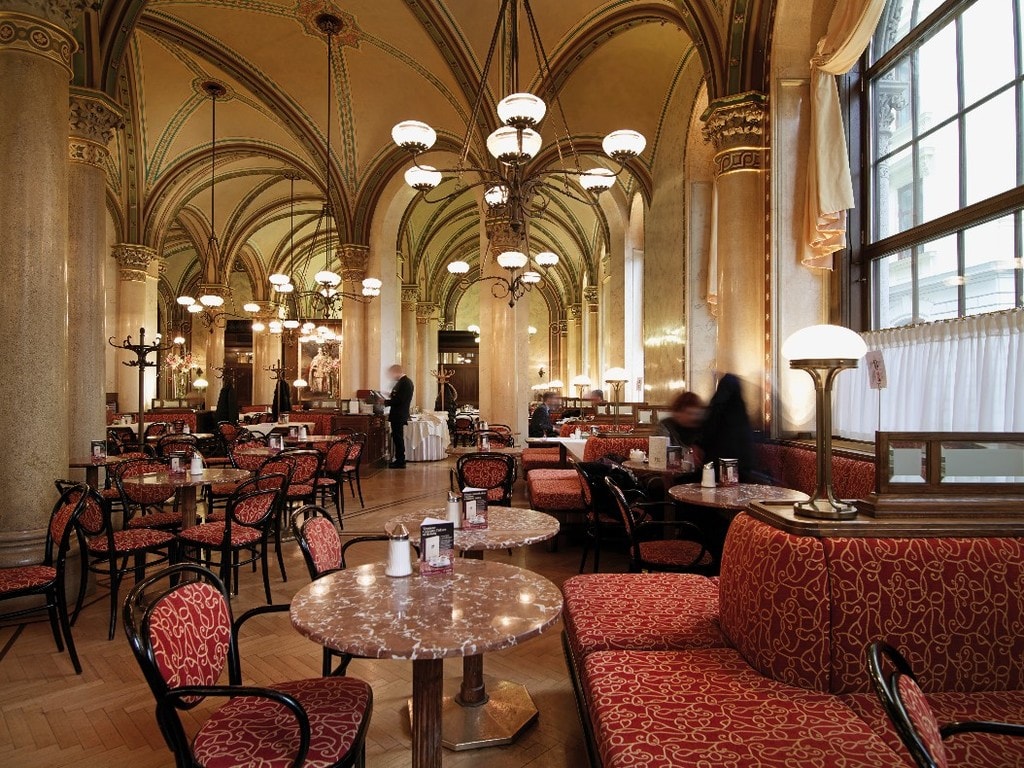 The stunning interior of Café Central | © Vienna Tourist Board

The Maxing Stüberl is an elegant and traditional wine tavern, reportedly the oldest in Vienna. Located around the corner from Schönbrunn Palace, guests enjoy the cosy Austrian ambiance, and the authentic recipe of the Kaiserschmarrn – sheer fluffy perfection.

Cafe, Tea , Australian, $$$
The elegant interior of Café Landtmann | Courtesy of Café Landtmann
Located just in front of the Rathaus (Vienna’s city hall) on the Ringstrasse, Café Landtmann oozes elegance and sophistication. It has long been a favourite haunt for the city’s famous faces, including Sigmund Freud, Marlene Dietrich, Burt Lancaster, and even Sir Paul McCartney. A variety of mouth-watering, typically Austrian pastries and cakes are offered, and by far one of the best is their Kaiserschmarrn, which should always be paired with a hot cup of coffee.
More Info
Open In Google Maps
4 Universitätsring, Innere Stadt Wien, Wien, 1010, Austria
+43124100120
Visit website