This Hotel In Vienna Is Run By Refugees 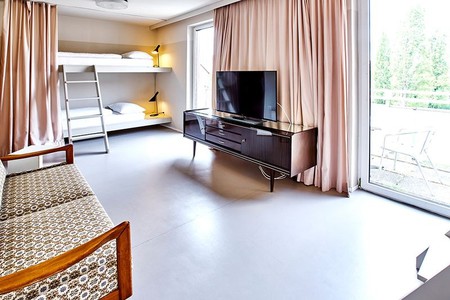 From the outside, Magda’s Hotel looks like an ordinary hotel. Located in a quiet corner of the Prater Park, a green oasis in Vienna’s 2nd District, the hotel is one of the city’s most important social businesses and a pioneer of bold and fresh ideas.

Inexpensive and modesty stylish with retro furniture and a chic bar area, the 88 room hotel is a great choice when looking for a place to stay in Austria’s capital. However, its cosy interior and affordable prices are not the most interesting or appealing aspects of this hotel. 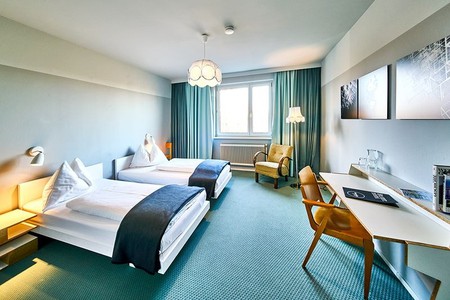 A double room at the hotel | © Peter Bárci

Opened in February 2015, and set up with the help of crowdfunding and the charity Caritas, two thirds of the staff at Magda’s Hotel (a play on the German words—mag, meaning like, and das meaning that) are refugees from around 16 different countries. The idea was born after the realisation of the challenging and limited options that asylum seekers experienced when being unexpectantly thrown into Vienna’s job market. By recognising and nurturing its staff’s talents and abilities, the business has simultaneously become both a first-class hotel and a socially innovative project. The first of its kind in Austria, the hotel has the motto ‘solving social problems with economic means’. 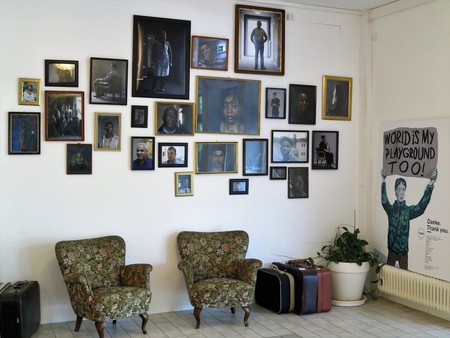 The living room of the hotel | © Mirko Tobias Schäfer / Flickr

Rooms at the hotel, simply designed with recycled furniture and hand-knitted lampshades, vintage armchairs, and wardrobes that could previously be found in the compartments of the Austrian Federal Railway trains were designed by architect Daniel Büchel. Art provided by Vienna’s Academy of Fine Arts—details of which can be found inside a book at reception—hang in every room. Guests can also enjoy the salon, a sizeable living space decked out with bookshelves and comfy sofas, and a pretty garden for summer hangouts. Working conspicuously alongside the hotel’s staff are a hive of bees that reside on the rooftop and whose honey can be bought at the hotel reception. 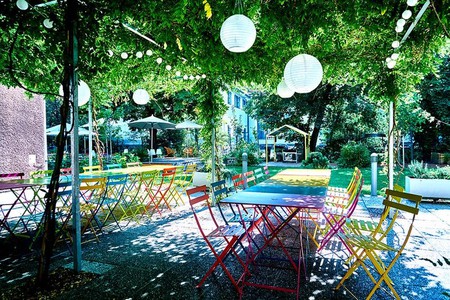 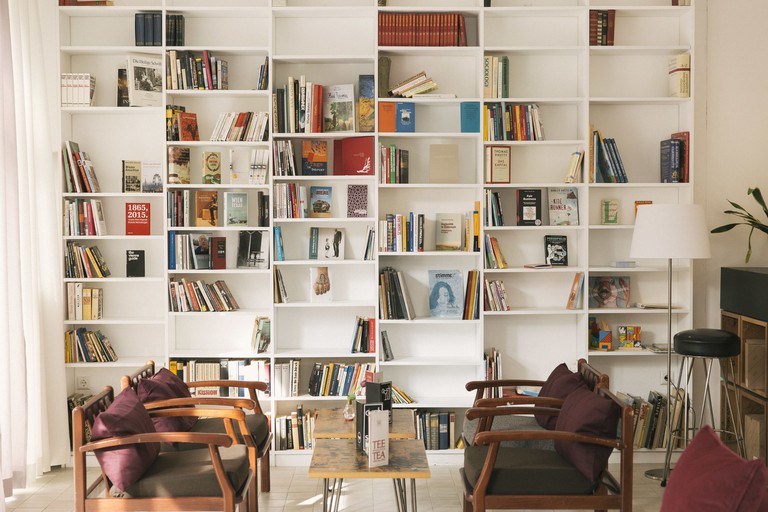 Magda’s hotel, located near the leafy Prater park in Vienna’s trendy 2nd district, describes itself as a “cultural melting pot”. This forward-thinking hotel is refreshingly different in a variety of ways but its most outstanding feature by far is its social savviness – two thirds of the staff are refugees who have fled crisis-ridden countries.