The Story Behind The Austrian Flag 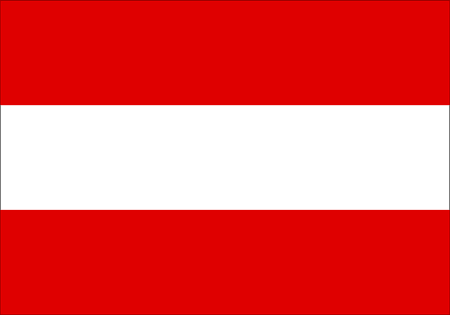 The most common version of the Austrian flag | Pixabay

A flag can give insight into a country’s identity and history. For instance, the colours of France pay tribute to liberty, equality and fraternity, while the 50 stars on America’s banner represent the states. The red and white stripes of Austria are seen all over the country but what do these colours mean? Discover more about the origins of the Austrian flag, believed to be one of the oldest in the world.

The various designs and what they mean

Austria has had a few varieties of flags in its lifetime, and currently uses two different styles which you’ll often see around the city of Vienna today. The design that you’ll most commonly notice, and which is most often used to represent Austria, is the simple red and white horizontal three-striped design – which officially became the country’s national flag in 1945.

The alternative variety (known as the triband) has its roots in the Babenberg dynasty and includes the addition of a spread eagle, which some believe to be symbolic of the River Danube, one of the emblems of the royal family and a nod to the country’s past. After the end of the second world war, in order to symbolise freedom from the Nazi party, a broken chain was added to the eagle’s feet in 1945. 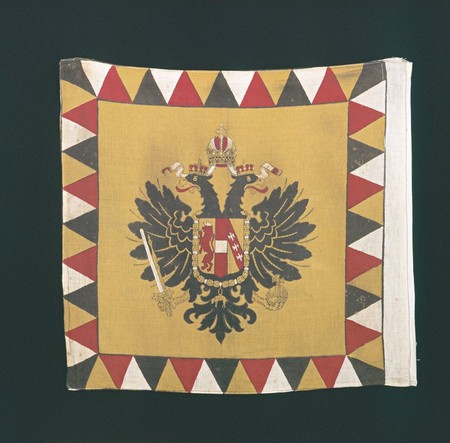 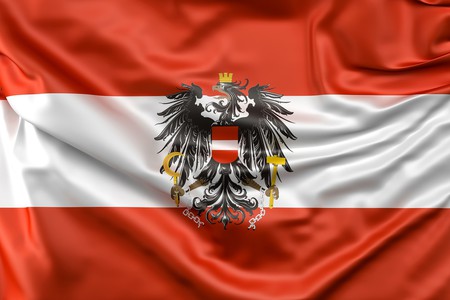 The eagle flag, seen with the broken chains on its feet | Pixabay

There are a few different varieties of the tale that tells the origins of the flag that is seen today, but the most popular, typically, is one of blood and gore. It is alleged that Duke Leopold V, whilst fighting in the Siege of Acre in 1260, suffered terrible wounds and was bleeding profusely, resulting in much of his clothes being smothered in blood. However, when he removed his belt, there was a strip of unsoiled material, inspiring him to create the red and white banner.

The flag of the Habsburg Monarchy, which would have been flying over much of Europe throughout the empire’s reign, is a starkly different design – a bold composition of one black and one yellow stripe – not dissimilar to the German flag. 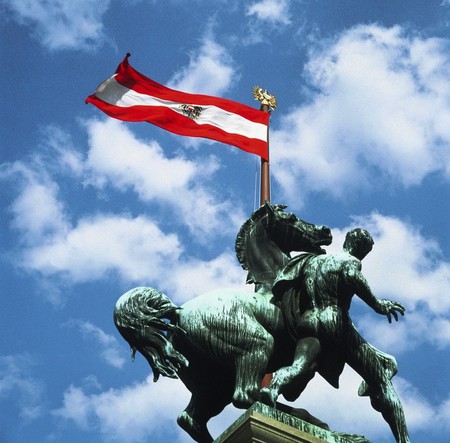