The Best Things to Do in Mariahilf, Vienna 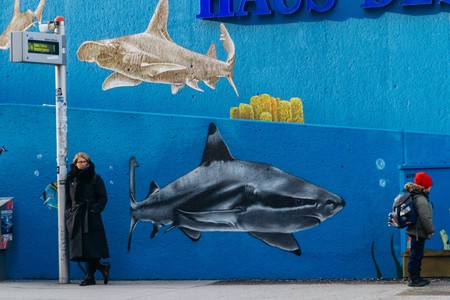 Mariahilf, the 6th district of Vienna, is a densely populated, recently gentrified area located between the 16th century Naschmarkt and the pedestrianised Mariahilfestrasse. We list the top things to do in this hipster hotspot, recently listed among the “top 15 coolest districts in Europe”.

Where to get your caffeine fix

The Mariahilf district is home to a fair few traditional coffee houses, as well as some of the newest and hippest. Cafe Sperl puts on informal piano concerts every Saturday morning and has an interior that is vastly the same as it was 100 years ago. For more of a 21st-century experience, the modern Cafe Phil, located just around the corner, triples up as a cafe, bar, and bookstore. Cafe Kafka combines conservative and modern design in their interior, while Café Jelinek is an antiquated joint with a warm character and a traditional stance on Viennese coffee culture. Take your pick. 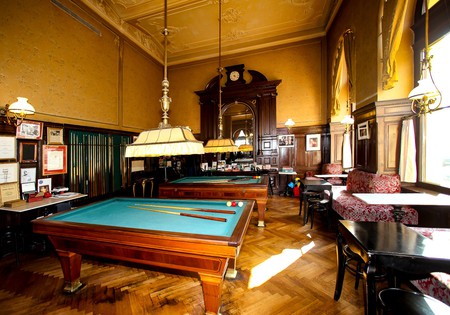 There is a spat of Asian restaurants around Mariahilf, attracting fans of pho to the neighbourhood. Modernist Pan Asian ra’mien offers generously sized bowls of Asian soup, and nearby Mama Liu & Sons are famed for their DIY fondue dishes. Another winner when it comes to Mariahilf’s Asian cuisine is Kuishimbo, a dressed down joint offering authentic and inexpensive Japanese food. For lovers of Italian cuisine, Disco Volante is a trendy pizzeria with an oven shaped like a glitter ball. 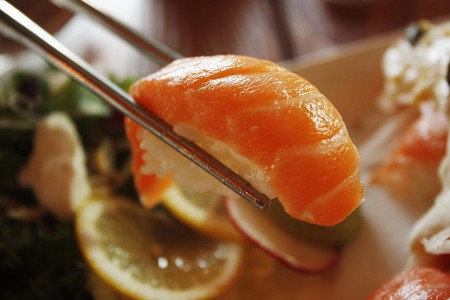 Step away from the well trodden track of the Mariahilferstrasse, where you’ll find the stores you get anywhere in the world, and explore the cobbled streets that lead off to the sides, where you’ll instead discover independent boutiques and vintage stores. Gumpendorfastrasse contains numerous vintage furniture shops, and there is an unnamed clothing boutique flea market that opens on weekends near the Apollo Kino and sells designer women’s gear for reduced prices. Fans of retro clothing can also head to second-hand store Polyklamott. 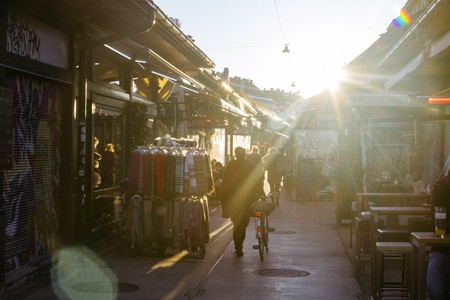 As it is centrally located, you’re never too far from a bar, and many of Vienna’s stay open until the early hours. Club Titanic, founded in the 1980s, is old-school discotheque that hosts nostalgic club nights that will carry patrons through until sunrise and beyond. Attracting young crowds and raucous revellers who go hard, it is a favourite with the city’s techno fans.

The city’s aquarium is notable for a number of reasons. Perhaps, first and foremost, for its extremely unusual building – a former Nazi gun “flak” tower. Brutalist and imposing – and an unlikely setting for a home for sea creatures – the indestructible structures, of which there are a few, were transformed into public spaces following attempts to destroy them. A prime reason to visit – besides to gawp at the wide range of sharks, fish, and monkeys inside – is to catch the incredible panoramic views of the city at the top of the building. 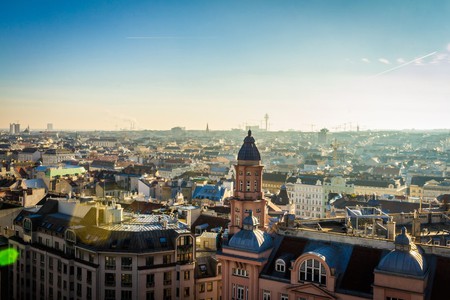 Mariahilf strays away from the tourist-filled galleries and is instead home to many independent exhibition spaces. It is also one of the best areas for street art, and if you pay attention you’ll spy numerous colourful murals, including those around the Naschmakrt area. A few independent galleries to check out include Rabbit Eye Movement, Galerie Legner, and Galerie Nathalie Halgand. 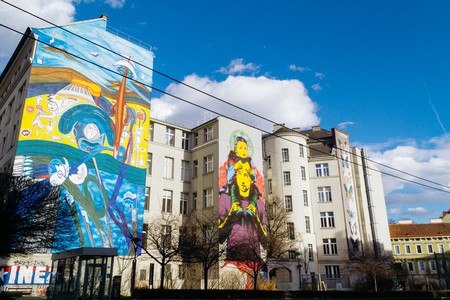 The 6th district is known for being somewhat of an LGBT hotspot. The Rose Lila Villa, established in 1982 during the “squatter movement”, is a community centre for lesbian, gay and trans people in Vienna, providing housing and counselling. As well as offering support, the centre also offers various events that promote equality within Vienna’s community.

Located along the stretch of the Linke Wien, market sellers can be seen setting up their stalls as early as 4am, giving those who are first on the scene a chance to watch the sunrise over the canal and scour the streets for a trinket or two. The stalls sell everything from junk to jewellery and the food section is a joy to behold, with cuisine from all over the world to tempt visitors. If it all gets a bit much, take a pit stop at Cafe Ando for a coffee and a bite to eat. 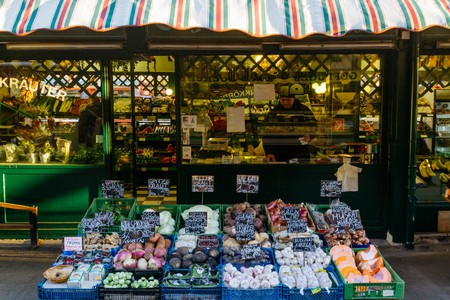 There are many architectural highlights in the Mariahilf district, but perhaps the most interesting and notable is the work of Otto Wagner. This includes the apartment building at Number 40, Linke Wienzeile, which is one of his most beautiful designs. Standing out among the grey with a rosy facade and golden vines creeping up over the floral pattern, this an exquisite example of Art Nouveau architecture woven seamlessly into the city’s ordinary apartment stretches. The Semperdepot, an impressive Neo-Renaissance-style building in Lehargasse, is where the Academy Of Fine Arts holds all its large end-of-term exhibitions. The openings, taking place at various times throughout the year, always promise to be exciting and inspiring. So be sure to take a look if you happen to be in town. 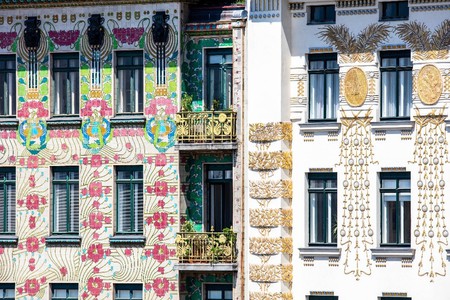 The facades of the apartments | © Vienna Tourist Board
Give us feedback