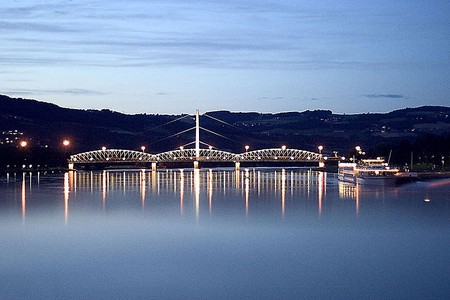 Linz is the third-largest city in Austria, extending on both sides of the Danube river. Well known for its famous dessert, the Linzer torte, which is said to be the oldest cake recipe in the world, Linz also boasts a vibrant and creative urban lifestyle. We have listed some of the the best things to see in the Altstadtviertel, the centrally located Old Town district. 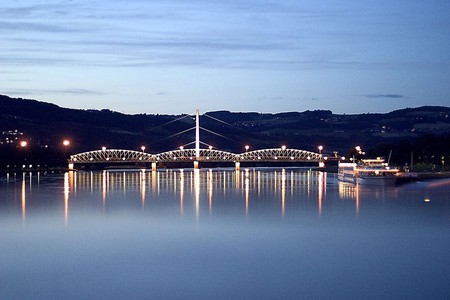 Opend in May 2003, the Lentos Kunstmuseum Linz is now one of the most important museums of modern art in Austria. Created by the Zurich architects Weber and Hofer, its appearance is characterized by its transparent glass facade which lights up at night. The café located on the ground floor is a lovely place for a break between the different galleries. The museum is home to a collection of almost 1,500 pieces, including paintings, sculptures and photographs.

Built on the site of Linz’s first railway, the Landesgalerie is a museum for modern and contemporary art that aims to explore the latest art trends while integrating them with the movements of the 20th century. The museum organizes several temporary exhibitions over the course of the year, and it also has its own permanent collection. If you’re not into art, the building itself it’s worth a visit, featuring a beautiful staircase and offering a frontal view of the palace. 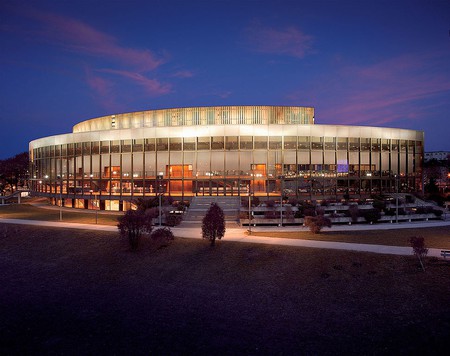 This famous building, the Brucknerhaus, was built between 1969 and 1973 by Heikki and Kaija Siren and was named after the Austrian composer Anton Bruckner. The Brucknerhaus is now a festival and congress venue, holding at least 200 events and performances every year. It is also the home of the Bruckner Orchestra, whose performances are highly recommend for any classical music lover.

Functioning as the seat of the provincial government, the Linzer Landhaus is a majestic renaissance building with beautiful courtyards, which are the perfect spot for the Summer concerts which are organized every year in Linz. The Linzer Landhaus was build on the site of the Monastery of the Friars Minor in the 16th century. Check out the Fountain of the Planets in one of the courtyards, standing in honor of Johannes Kepler, the famous German mathematician, astronomer and astrologer, who taught in the district school in the city for over a decade.

This Roman Catholic cathedral built in 1862 is the largest – but not highest – cathedral in Austria. Its stained-glass windows are a noteworthy feature, depicting scenes of the history of Linz as well as portraits of the sponsors of the construction of the church. Some windows display modern art since some of the old ones were damaged during the second World War.

Located in the heart of Linz’s Old Town, the old Markthalle or Market Hall is now home to a grocery store. The building is located in a colorful square surrounded by Baroque buildings. If you’re tired after your tour around the Altstadviertel you could come and sit in the beautiful square on a sunny day. If you’re staying in the Old Town, you can do your grocery shopping here.

Located just outside the Altstadtviertel on the opposite shore of the Danube, the beautiful building of the Arts Electronica center is worth a trip over the bridge to admire its lights at night – it is truly one of the most unique sights in the city. The center for electronic arts is one of Linz’s most popular attractions, featuring six floors full of hi-tech works created by laboratories from all over the world. The center offers a range of educative exhibitions, tours, screenings and workshops. Check their website to see their events program. 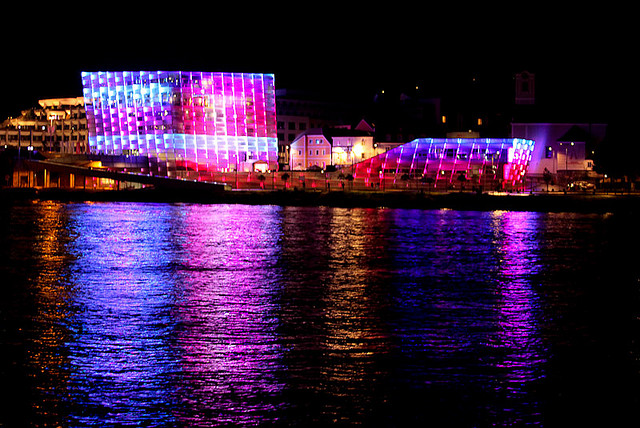