The Best Theatres in Vienna 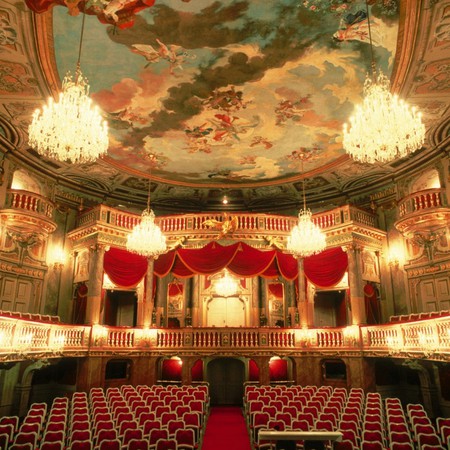 Vienna has a strong legacy when it comes to the dramatic arts, with a particular fondness for musicals and operettas. Here is our pick of the finest theatres in the city.

Founded in 1801, by Emanuel Schikaneder, a collaborator of Mozart, this is one of Vienna’s most important historical theatres, with a strong legacy for staging memorable performances — including many debuts of Beethoven’s work. During the war, the theatre acted as a temporary replacement for the Vienna State Opera House, after it had suffered considerable damage and then faced the threat of closure in the early 1950s. 2006 was an important year for Theatre an der Wien, as it marked the 250th anniversary of Mozart’s birth and also the reopening of the theatre as the ‘new opera house’ for the city of Vienna. The theatre now hosts a range of different genres, including both contemporary and classical productions. 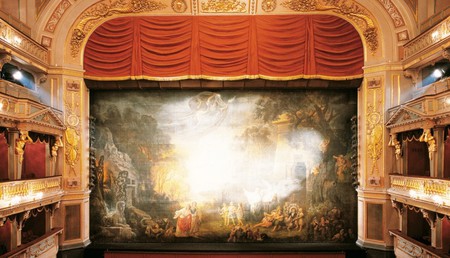 Inside the theatre | Courtesy of Theater an der Wien 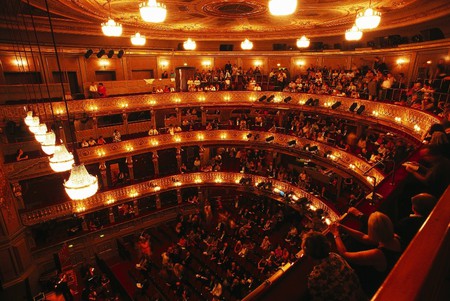 Theatre an der Wien | Courtesy of the Vienna Tourist Board

Considered one of the most prominent and important theatres in the German-speaking world, it was originally created by the Habsburg Dynasty, under the order of Maria Theresa, who wanted a theatre next to the palace. The Burgtheater has undergone various developments in its lifetime and had to be entirely reconstructed following extensive bombing during WWII. It is still known today for being a very traditional institution, staging debuts of highly respected directors. 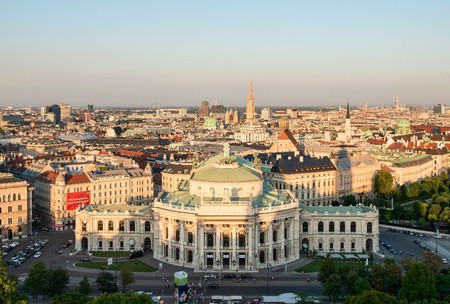 View of the Burgtheater | Courtesy of the Vienna Tourist Board

Translated roughly from German as ‘the people’s theatre’, this institution was designed as a remedy for the overtly exclusive theatres of the Habsburg era. Located on the corner of Burgasse, and opposite the Museum’s Quartier, its performances are generally by contemporary and classical Austrian directors. A sister version of the theatre was set up in 2005, designed to put on more modern and experimental plays.

Similar to the Volkstheater, this theatre was set up by the Viennese population with aims to increase accessibility to the theatre for the common man. Originally known for staging purely German folk performances, the theatre has now vastly expanded its repertoire to include mainstream musicals and operettas. The Raimund is located in the Mariahilf district and accommodates around 1000 people.

This unusual building, standing solitary in the midst of the busy Karlsplatz area, is a powerhouse of innovative theatre, staging some of Vienna’s most interesting contemporary performances. As well as various dance and theatre events, the venue is also a popular location for talks and workshops.

This modest theatre is tucked away in the back streets of the first district. Staging exclusively contemporary productions, the theatre puts on 4 or 5 different dramas each year, primarily with topics concerning modern political and social issues. 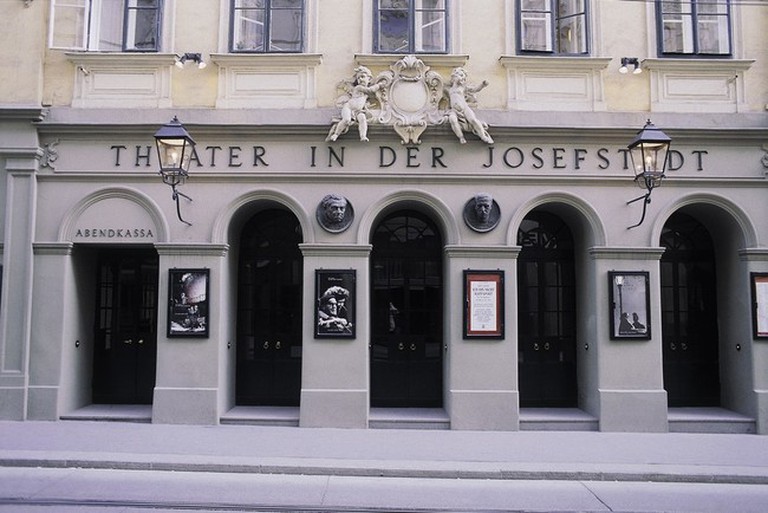 The exterior of the theatre | Courtesy of the Vienna Tourist Board
The oldest functioning theatre in Vienna, the Josefstadt has developed a reputation for being among the most successful theatres in the world of German-language drama, seeing around 700 performances per season. Historical performances included orchestras conducted by both Beethoven and Wagner.

The ‘oldest and most established English language theatre in continental Europe’, this theatre was set up by Austrian director Franz Schafranek and his American wife, Ruth Brinkmann, who was a working actress. The theatre quickly gained international attention and in 1976 they presented the World premiere of Tennessee Williams’ The Red Devil Battery Sign under the playwright’s direction. Visit their website to see details of their current programme. 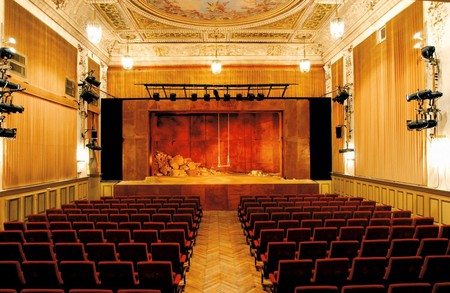 The stage | Courtesy of the English Theatre Vienna

This Baroque theatre, on the grounds of Schönbrunn Palace, was built in the 17th century by the Habsburgs and has seen countless historical performances, including those by Mozart, Haydn, and Beethoven. The theatre is a venue of the University of Music and Performing Arts Vienna and sees many student performances.