The West Coast of the United States is physically, culturally and environmentally distanced from Vienna, yet one of Austria’s most famous residents helped design the quintessential modernist houses that pepper the hills of Los Angeles and the Californian desert. We discover more about the life and work of influential architect Richard Neutra. 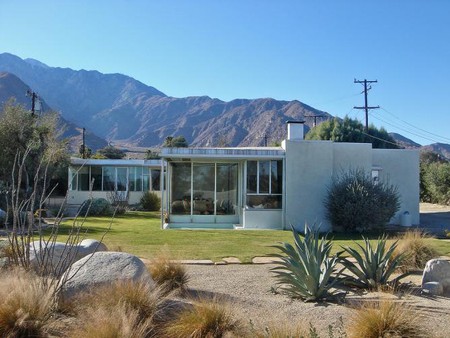 Few artists have so prominent and large a canvas as architects, so it should perhaps come as no surprise that monumental egos occasionally reside amongst professionals of this ilk. The 1932 Modern Architecture exhibition at the Museum of Modern Art was a boisterous and provocative event, replete with the spirit of rebellion against the old-fashioned, grandiose style. In Room D however, alongside a model of Raymond Hood’s ‘Apartment Tower in the Country’, was Lovell House, the residential work of modest practitioner Richard Neutra.

The MoMA exhibition signalled an architectural movement reminiscent of Bauhaus, eschewing superfluous ornamentation in favour of spacious, replicable buildings that could potentially serve a social, almost egalitarian purpose. This aesthetic had distinctly European roots, originating from the socio-economic landscape of inter-war Europe, and its ethos never wholly transferred to the corporate-minded United States. 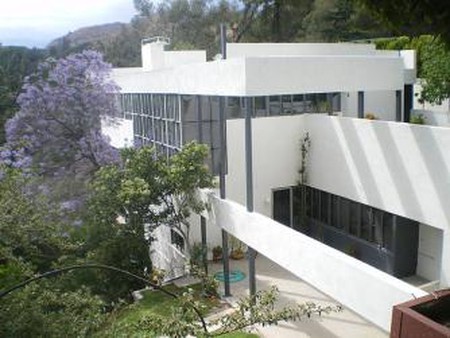 Fortunately however, the United States had recently welcomed Neutra, an Austrian architect who had studied in Vienna under Adolf Loos and had gained professional commissions at agencies in Switzerland and Germany. By 1932, he was a naturalised US citizen who had been quietly establishing a stellar reputation as a skilled and considerate designer.

For a man whose steel and glass houses were the epitome of modernist design, it is somewhat fitting that his father was the proprietor of a metal foundry and his mother’s maiden name was Glaser. When looking for the real genesis of Neutra’s style however, it is best to start with his apprenticeship under Erich Mendelsohn in Berlin. At Mendolsohn’s practice, Neutra was involved in the design and planning of a new commercial centre for the town of Haifa in Palestine and instrumental in the Zehlendorf housing project in the German capital.

When Neutra emigrated to the United States, following the suggestion of his friend Rudolf Schindler, he took with him the experience of working on these two community-focused and people-centric projects. No matter how big his reputation became, clients would continue to remark upon the gentle patience he displayed when attempting to fully comprehend who the residents were and how they would use the house. Feodor Pitcairn, for whom the architect designed a house in Pennsylvania, told of how sensitive to the local environment Neutra was, visiting the piece of land before work began and appreciating the view whilst sitting on a log under the moonlight. 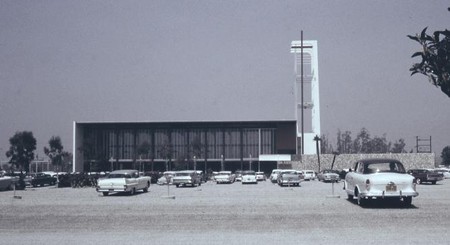 The resulting Pitcairn House is a six bedroom property set into steep-sloping woodland, with floor to ceiling windows giving residents a sense of being truly immersed in the surrounding forest. Without the stark and sterile minimalism of many modernist houses, this property welcomes furnishings such as sofas, potted plants and curtains. Its ubiquitous views are a kind of gift to Feodor Pitcairn, Neutra’s photographer patron.

Defining Neutra’s modernist outlook is as much about understanding his clients as it is about understanding his own personal style. The Lovell House, which earned him a spot in the aforementioned MoMA exhibition, may have adhered to the principles of the International Style, but the guiding influence behind the airy spaces, spacious outdoor areas and wealth of natural light reflect the personality of its owner, physician and fitness promoter Dr. Phillip Lovell. The house is still commonly known by the nickname the ‘Health House’. 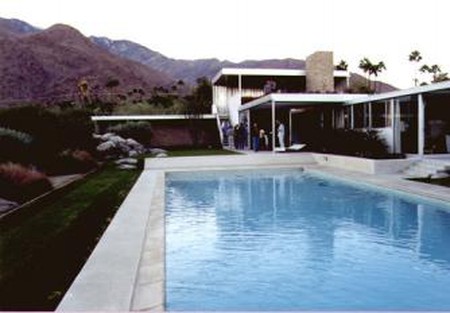 Perhaps one of the best examples of the distance between Neutra and his MoMA contemporaries can be seen in his interpretation of the brief for the Garden Grove Community Church. The voluminous central space where services took place was filled with curved pews which embraced the alter, creating a sense of harmony amongst worshippers, whilst the high ceilings offered the ethereal sense of majesty found in cathedrals without the exorbitant expense. Unfortunately, the size of the congregation and ambition of the ministers outgrew the modest building and Philip Johnson was commissioned to design the replacement. His ostentatious and unrestrained Crystal Cathedral was the antithesis to Neutra’s work and the modernist principles.

Though his emphasis on light was often the perfect match for the temperate West Coast, the Austrian was often drawn back to Europe. In the 1930s he is thought to have considered moving to the Soviet Union in order to create replicable, humane and attractive housing during a notable shortage. Instead, he returned to Switzerland and Germany to create a number of villas.

Late in his career, Neutra founded a practice with his son Dion, demonstrating that the man who was so attuned to building an ideal home for others was also concerned about providing for his own family. Perhaps the biggest testament to his abilities is the fact that his clients lived in their homes for decades, reluctant to leave a space that was designed with an understanding of exactly how they lived.