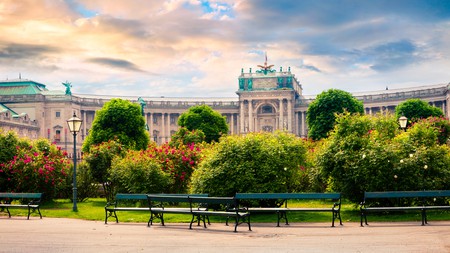 Vienna is saturated in history, from the legacy of Habsburg rule to the musicians, intellectuals and artists who created its unique coffee-house culture. Whether you choose to admire Vienna’s imperial architecture or explore the city’s vibrant food and street art scene, there is a tour for every taste. 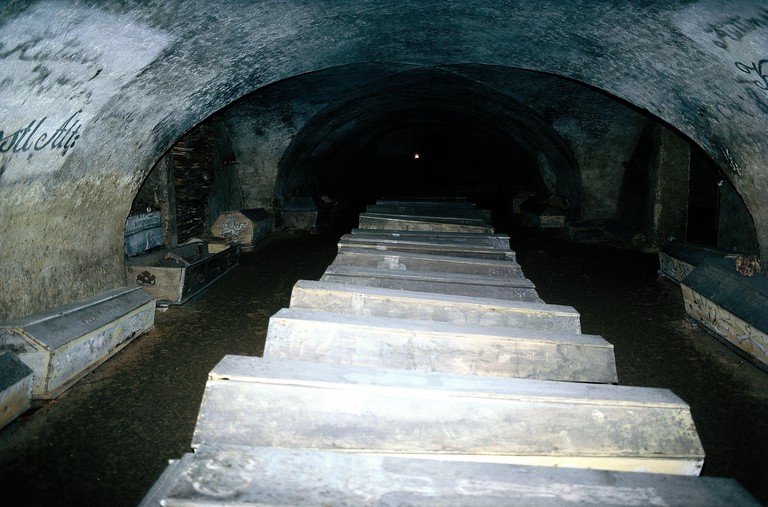 Go back in time to Vindobona, the Roman city that existed before Vienna was founded, on this exciting 90-minute walking tour beneath the capital’s streets. The tour begins at beautiful Michaelerplatz, where construction work in 1989 revealed Roman buildings dating back to around the end of the first century. The ruins are believed to be the remains of a complex of brothels, taverns and shops for Roman legionnaires. A 17th-century cellar and parts of the old city walls can also be seen. Then wander through the crypt of nearby St Michael’s Church, where around 4,000 people were buried between 1631 and 1784. See well-preserved mummified corpses, some dressed in Baroque frock coats and wigs, and coffins decorated with skulls and flowers.

Eat your way through Vienna on this food tour 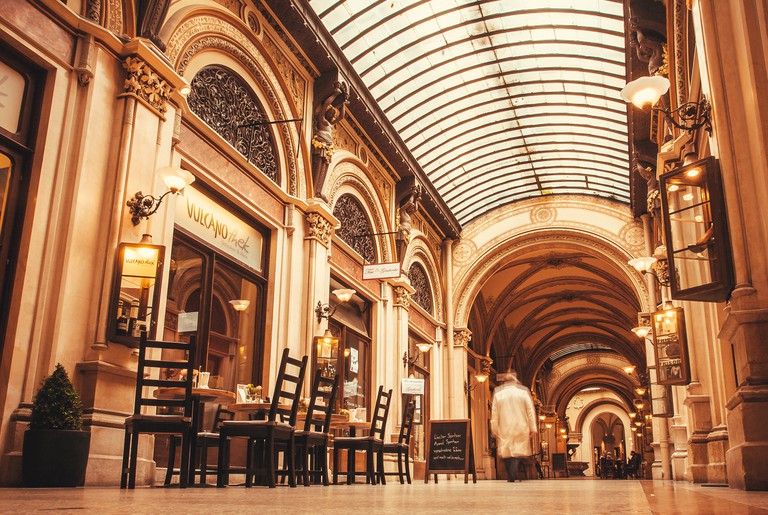 If you consider yourself a bit of a gourmand, come prepared to notch down a few belt holes on this four-hour food tour. As the head of a huge empire for centuries, Vienna has developed an incredibly diverse food and drink culture, with its coffee houses at its centre. Coffee-house culture is believed to have started in Vienna in 1683, when the Ottoman invaders left behind sacks of beans at the city gates as they beat a hasty retreat from the Battle of Vienna. Today, the dynamic food and drink scene reflects the city’s diversity and unique marriage of traditional and modern cultures. This tour takes you to some of Vienna’s lesser-known neighbourhoods and the world-renowned Naschmarkt, home to the best coffee and sweet treats in the city.

Board the hop-on hop-off bus 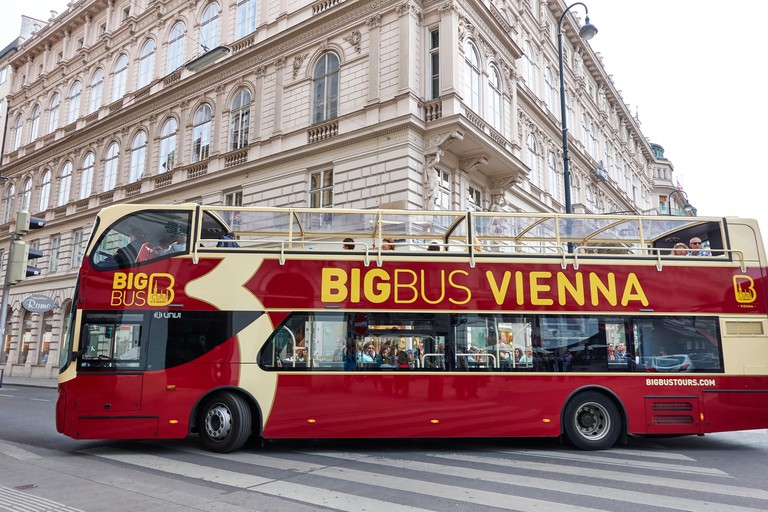 Vienna is crammed full of stunning architecture, woods and parks, as well as museums, art galleries and theatres. If you want to see as much as possible in just a few days, a hop-on hop-off sightseeing bus tour is well worth considering. The Big Bus routes are split into red and blue. With the red route, you can marvel at the many striking buildings that line the Ringstraße, enjoying views of the Neo-Renaissance State Opera House, Flemish Gothic Rathaus (City Hall) and Neo-Gothic Votive Church, all built at the end of the 19th century. Stops also include the Prater amusement park and Danube Island. The blue route takes in the grandeur of the Hofburg and then whisks you off to the Schönbrunn and Belvedere Palaces. 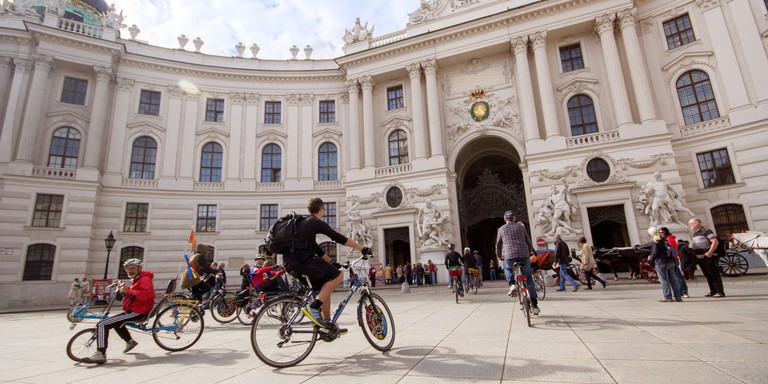 Vienna’s wide shady boulevards and compact size make it perfect for a cycling tour. Hop on your bike for a three-hour-long tour around the city’s main attractions, starting at the Vienna State Opera House and then wheeling around the Ringstraße and along the Danube Canal. See the Austrian Parliament Building and the Rathaus, before heading to the Hofburg Imperial Palace. From here, it’s just a short ride to the symbol of Vienna: Stephansdom, or St Stephen’s Cathedral. For a change of pace, head to the colourful Hundertwasser House, with its wavy lines and rooftop trees, and the city’s beautiful state park, lined with statues of famous composers. A final trip to the magnificent Karlskirche (St Charles’s Church), and the tour is done. The tour takes place in all weather. 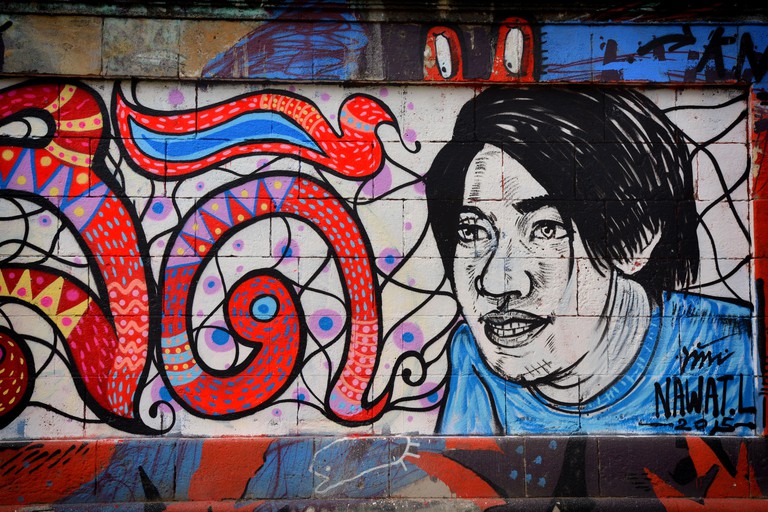 See another side of Vienna on this street art tour. Artists such as Shepard Fairey, famous for his portrait of Barack Obama; ROA, known for his instantly recognisable monochrome paintings of wild animals and birds; and colourful Colombian artist Stink Fish have all left their mark on the streets of Vienna. Roam the hip 6th district with your guide and find ephemeral art on every street corner, before enjoying a beer or wine at a contemporary cultural space. 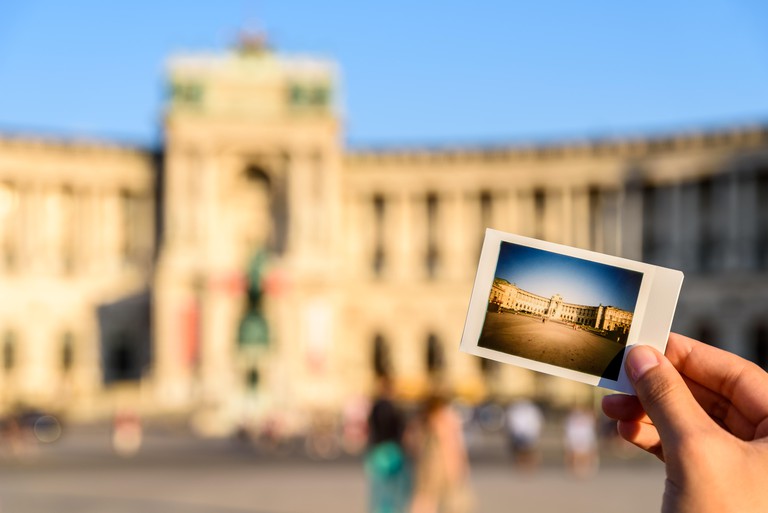 If you love vintage photography and walking to picturesque locations, this could be the tour for you. Included in the price is the loan of a vintage Polaroid camera and enough film to take eight photographs, with the option to purchase more film if inspiration strikes. Visitors are shown how to use their Polaroid cameras at the start of the tour. The English- and German-speaking guide will then give tips on how to capture the beauty of sights such as St Charles’s Church, the State Opera House, the Hofburg Imperial Palace and the Volksgarten. 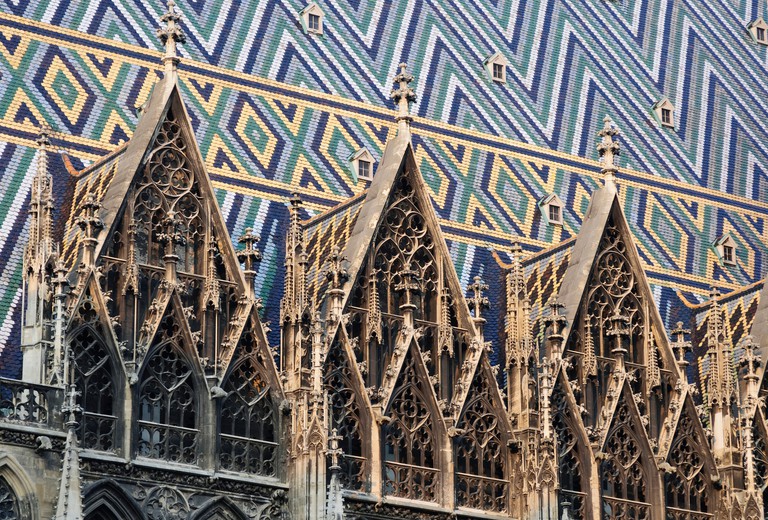 Drink in the history of imperial Vienna, with stops at the Vienna State Opera House, the Hofburg, the Burggarten, St Stephen’s Cathedral and the old Jewish Quarter on this free walking tour. The tour begins in front of the Danubius fountain in Albertinaplatz, in Vienna’s historic city centre where you’ll learn about the Vienna State Opera’s architecture and history. From here, it is a short walk to St Stephen’s Cathedral, with its spectacular Gothic spire. After admiring this icon of Vienna, head to the Hofburg, the former imperial palace, for a fascinating glimpse into how the Habsburgs lived. Stop to look at royal tombs, including those belonging to Franz Joseph I and the beloved Empress Sisi. 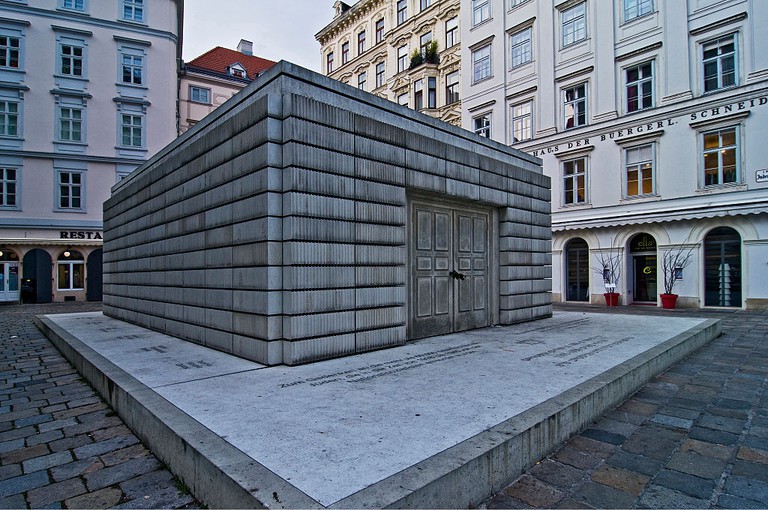 Discover how Adolf Hitler spent his early 20s in Vienna on this walking tour. Learn how the reviled leader applied to the Academy of Fine Arts, hoping to become a successful artist but was rejected twice. Journey into the past to the 1938 Anschluss, when Austria was absorbed into Nazi Germany. Before Nazi rule, Vienna was one of the most prominent centres of Jewish culture in Europe, but by the end of World War II, only 2,000 Jewish people were still living in the city. Pay tribute to them by visiting Vienna’s sobering Holocaust Memorial.