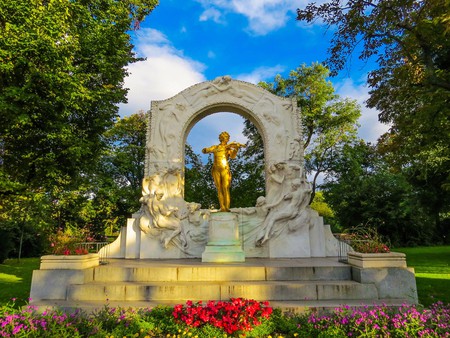 The waltz is one of Vienna’s most popular forms of classical music. Johann Strauss II, not to be confused with his father Johann Strauss I, is one of Austria’s musical geniuses. Born in Vienna in 1825, he became one of the country’s most prolific composers, writing over 500 works. He was especially respected for his 150 waltzes that earned him the nickname ‘the Waltz King’. Become acquainted with his work with these seven beautiful pieces.

This instantly recognisable song is quite possibly the most famous waltz ever written. The waltz premiered in 1867, at Vienna’s Diana Bath Hall and later became a national sensation, known as Austria’s unofficial national anthem. Comprising five sections, it is jovial and lighthearted in style, composed with the intention of inspiring visions of the beautiful River Danube, that, ironically, did not actually flow through the city of Vienna at the time of its composition.

An ode to the folk music belonging to the humble inhabitants of the Vienna Woods, this bold and lively piece was composed by Strauss in 1868. It is mysterious in its mood and decorative in style, growing gradually in intensity. Tales From Vienna Woods was written as collection of one of six waltzes, and features a virtuoso part for zither — a kind of early guitar containing up to 35 strings.

An enthusiastic percussion section and fast paced tempo make this an exciting and elevating composition. This unusual piece creates the illusion of thunder and lightning with extensive use of drums and cymbals. Definitely not one of his most relaxing works, but nonetheless impressive.

High-spirited and jolly, this waltz celebrates the discovery of electricity as a new energy source in the 19th century — a subject which is recurring throughout Strauss and his family’s works. Elektrofor-Polka was another waltz composed along a similar theme by Strauss II and his father, Johann Strauss I composed the Elektrische Funken.

Another recognisable tune, Voices of Spring is an orchestral work that is kept alive today, featuring in many films and television programmes — The Three Stooges for example. Brian May uses the theme from the piece in the Queen song The Millionaire Waltz.

Playful, graceful and dreamy, this unusually titled piece was written for the wedding celebration of Emperor Franz Josef’s daughter Archduchess Gisela Louise Maria in 1873 and performed by the Vienna Philharmonic Orchestra. The Blood Waltz has been used many times in modern culture; it was one of the pieces that the quartet played in Titanic (1997) and can be heard throughout Hitchcock’s 1941 film Suspicion. 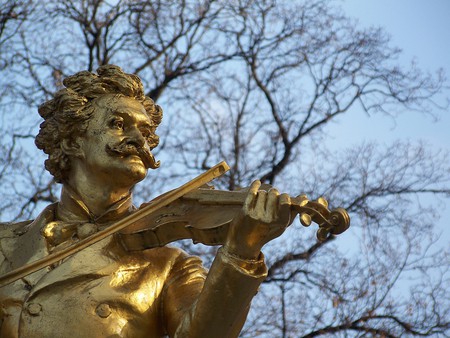 Roses From The South Waltz

A piece designed to invoke images of the beautiful Austrian countryside, the relaxing and wistful melody of Roses From The South does well to transport you elsewhere. First performed in 1880, the composition went on to become one of Strauss’ most celebrated works and is often revived by orchestras around Vienna today.