How to Spend an Afternoon in Vienna's Museum District 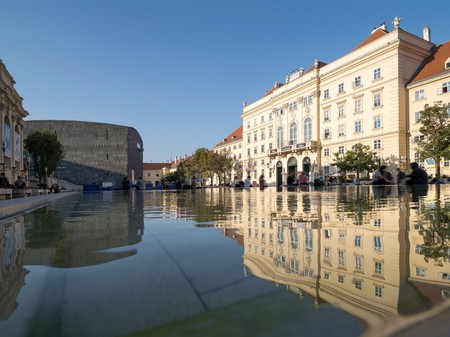 The MuseumsQuartier, described as Vienna’s ‘urban living room’, is a cluster of classic and contemporary exhibition spaces, joined together around a public piazza. With a variety of culture conveniently crammed into over 4,000 square metres, it is all too easy to spend an afternoon here without straying from the four corners. Here’s how best to hang out in one of Europe’s best and biggest cultural quarters.

The ground on which the MQ stands was originally the location of the Imperial stables, far away from the creative space that can be seen today. The first hint of it becoming an artsy hub was in 1985, when the area was used for to host the Vienna Festival. Two years later, in 1987, brothers Laurids and Manfred Ortner won an architectural competition to redesign the ground for cultural purposes and building on their proposed structure commenced in 1998. 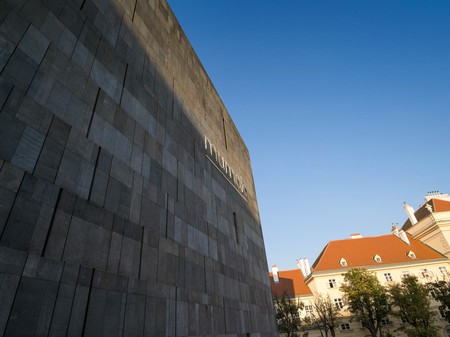 With a diverse selection of museums, there is something to suit everyone within the complex of the MQ. With the exception of the public art in the courtyards, all of the institutions charge entrance fees, therefore be sure to choose wisely when deciding where to go. If a contemporary art lover, MUMOK is a must, or if admiring Gustav Klimt’s decorative paintings are on your Viennese bucket list, the Leopold Museum is home to one of the finest collections in Austria. Families with children may prefer the Zoom Kindermuseum and building buffs should explore the Architekurzentrum Wien.

Halle E+G is an exhibition space that sees an assortment of theatre, dance and music events, including the Wiener Festwochen festival – be sure to check what’s on when visiting. 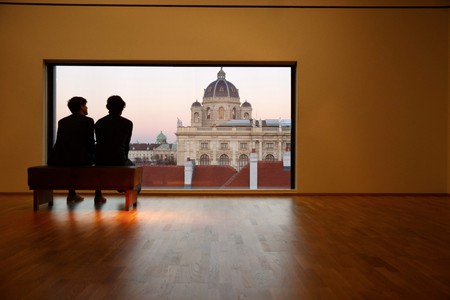 Art isn’t purely confined to the four corners of the museums, it spills out onto the courtyards and passages of the complex, with a range of public exhibitions and events taking place throughout the year for all to see free of charge. Passage, located between the Volkstheater entrance and the Main Courtyard, is a platform for sound artists, showcasing the work of the Artists in residence at Q21 and The Street Art Passage celebrates graffiti and underground work, with a permanent exhibition by French artist ‘Invader’.

The main yard is dotted with oversized pieces of outdoor furniture, designed by architects Anna Popelka and Georg Poduschka, making it an ideal summer hangout. 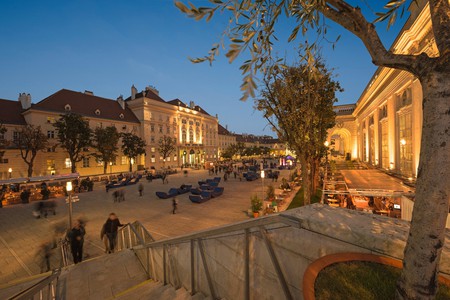 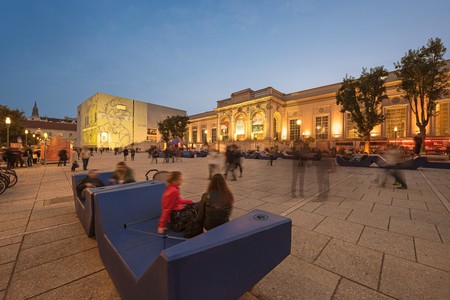 In addition to the numerous fast food and coffee vans that can be found in the courtyard (with some lovely Christmas-themed stalls serving Glühwein in the winter months), there is a wide selection of restaurants, cafes and bars to choose from if you need to take a pit stop between galleries.

Cafe Leopold has a traditional Viennese Kaffee Haus vibe and hosts various screenings and DJ events in the evenings. Corbaci marries Austrian and Mediterranean cuisine for an interesting foodie twist, and Glacis Beisl, also serving Viennese and Austrian dishes, has the addition of an adorable garden for lazy summer lounging. 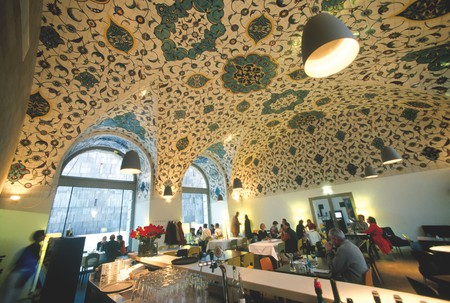