How the Snow Globe Was Accidentally Created 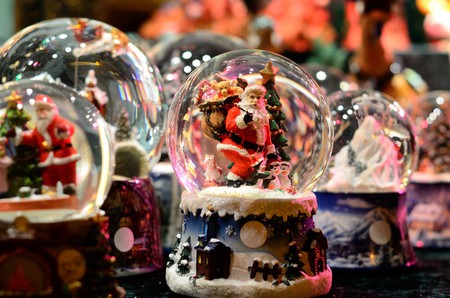 The dreamy little orbs containing your favourite landmark – a pocket-sized diorama encased in a permanent magical winter wonderland – can be found in nearly every gift shop in the world. They came into existence by sheer coincidence, created by an Austrian inventor in 1900. Here’s the full story:

In 1900, the Austrian surgical instruments mechanic, Erwin Perzy, was investigating ways to improve the brightness of the recently invented electronic bulb. Inspired by the shoemakers of the time – who used water-filled glass spheres mounted in front of a candle to get more light – Perzy wanted to recreate their method with a bulb instead of a candle.

During his experimentation, Perzy poured semolina powder into a glass globe and discovered that it created an atmospheric effect similar to snowfall. Recognising the potential of this accidental invention, he abandoned his original idea, and instead created a miniature diorama of a church scene inside the globe. 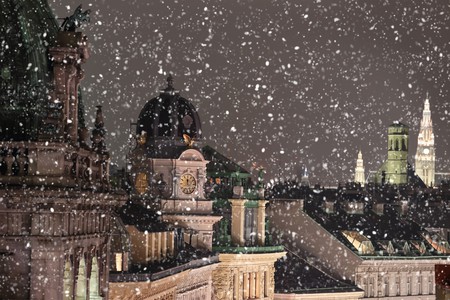 Vienna rooftops in the snow | © Gts/Shutterstock

Five years after Perzy invented the snow globe, mass production began in Vienna. It soon became an essential Christmas decoration and its popularity hasn’t decreased ever since. The Perzy family is still in charge of the company (with Mr Perzy III currently running the show) and they make around 200,000 snow globes annually. 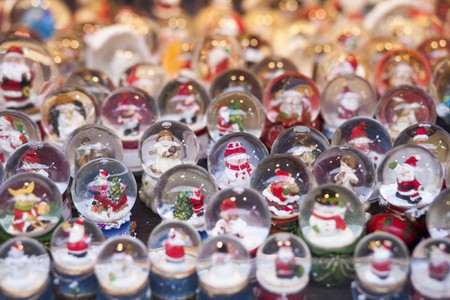 Today, the snow globe museum in Vienna is a popular tourist destination, comprising an atmospheric display of globes. The guided tours available here narrate the extended story of the invention. Also, there are hundreds of globes (around 350 designs!) available in the gift shop and these beautifully contain various Viennese landmarks ranging from the Stephansdom Cathedral to the iconic Wiener Riesenrad Ferris Wheel.