How A Ring Road Transformed Vienna 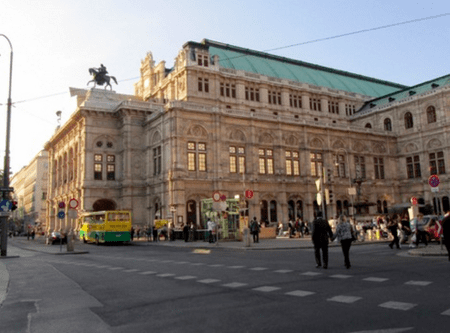 It was every urban planner’s dream. A well-developed capital city with high land prices and dense development suddenly opened up in a spectacular fashion. The walls that had saved Vienna from destruction so many times were being shed so that the city could embrace its belle époque. Now, more than a century and a half later, cities worldwide still look on in jealousy. But why? How did Vienna end up with the one ring road to rule them all? Read on to find out. 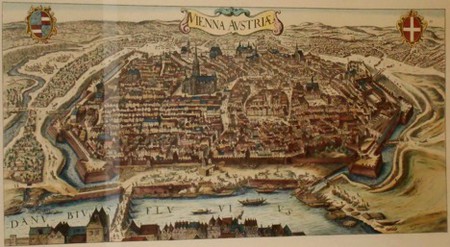 The Story of the Walls

In the 12th century, Vienna was becoming more and more important within the Holy Roman Empire. That importance demanded protection. The problem was that enormous fortifications around a city are outrageously expensive.

The solution” Obviously: to kidnap and ransom the famous crusader Richard the Lionheart. It may have gotten Leopold V, Duke of Austria, excommunicated by the Pope for detaining a crusader, but it did nab Leopold 100,000 pounds of silver for his trouble. That money built Vienna’s first fortifications.

These fortifications and their later additions worked well for more than 500 years. They withstood two immense Ottoman sieges and became an important symbol of the strength and resilience of the Austrians against them. However, by the 18th and 19th centuries, it was clear that they weren’t really useful or necessary anymore. 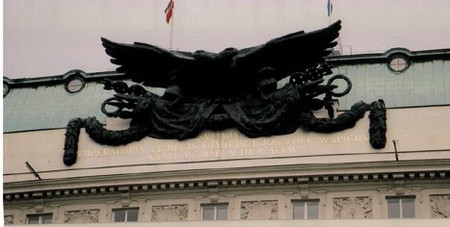 The Imperial Decree: Tear It Down

In 1857, Austrian Emperor Franz Joseph I ordered the destruction of the walls and the erection of a truly grand boulevard in their place. This new construction would fulfill several key roles: first, it would demonstrate the grandeur of the Habsburg dynasty; second, it would allow the emperor to really put his mark on Vienna – something every great leader wants to do.

Lastly, much like what Napoleon III had done in Paris, it would create wide streets that would be difficult to barricade in the event of unrest. It turns out that one of the great benefits of wide streets has always been crowd control: many of the circles built into Paris and Washington D.C. were designed to make it easy for artillery to fire down main roads to disperse crowds.

While demolition began fairly quickly, the process of constructing the elaborate public and private buildings that would eventually line the ring road took decades. In fact, the last major building on the road – ironically, the Ministry of War – opened in 1913, just a year before the beginning of the war that would destroy the dynasty it was meant to glorify. 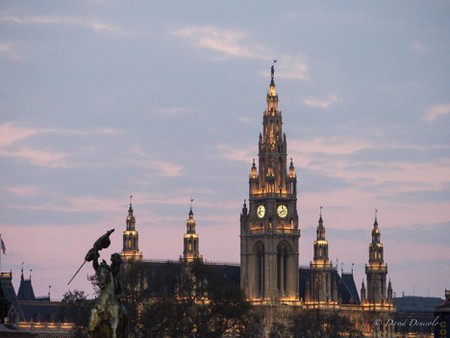 A Road Shapes a City, a City Shapes a Road

Once the walls were down, the city of Vienna was transformed. Shortly before the Emperor’s decree, the suburbs of the city had been formally brought under its administration. But after the construction of the road, the city felt unified as never before. The psychological difference between crossing a street and passing through a massive fortification made for an entirely new urban experience.

Beyond just tearing down the walls, the buildings that arose along the road came to define the city. Think of a famous structure in Vienna; there’s a decent chance it sits along the ring road. From the Rathaus (city hall) to the parliament building and the Vienna State Opera, many of the buildings and institutions that define Vienna culturally and politically are found here.

Besides the famous architecture, Vienna is shaped by the feel of the road: you just can’t say you’ve experienced Vienna until you’ve walked down it at least once. True, other cities, like Nicosia in Cyprus, have embraced their old fortification walls as a part of their identity, but Vienna took the opposite route. One may use the Champs D’Elysee to promenade and show off, but in Vienna, it’s the road itself that does most of the showing off. 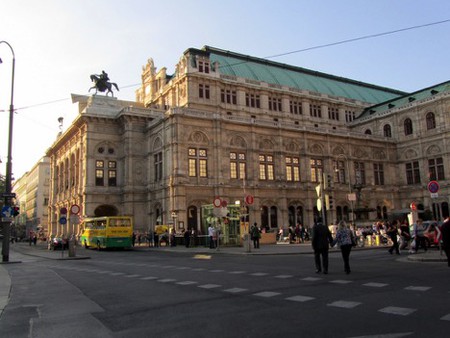 Celebrating 150 Years of One of the World’s Great Boulevards

The centrality of the ring road (Ringstrasse in German) to Vienna’s identity is clear in the celebrations of its 150th anniversary this year. Everything from special Ringstrasse cocktails to live Viennese opera and parades will be brought out for the Viennese to show their love and appreciation.

Today, whether you want to see European politics, the Vienna Opera House, or a world-class museum, the ring road offers an experience that’s second-to-none. Its influence on Vienna shows no signs of waning and frankly, why should it” It’s what makes Vienna Vienna.