Austrian painter Egon Schiele was a major artistic figure of the early 20th century. Famous for his nude drawings and self portraits, the artist is perhaps known best for his obscure, twisted female figures. Here are nine of our favorite works by Schiele. 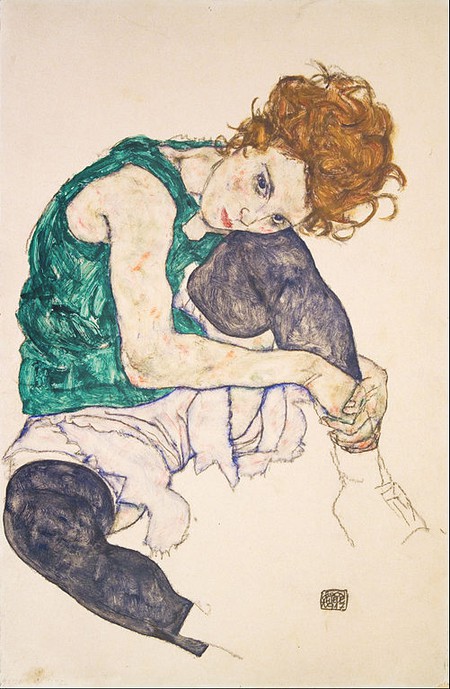 While most of his muses were painted nude, Schiele also produced a range of clothed depictions. The use of color in Seated Woman with Bent Knee is particularly striking, as is the stance of the woman. Many of his works are titled very literally, offering distinct descriptions of the subject and their position. 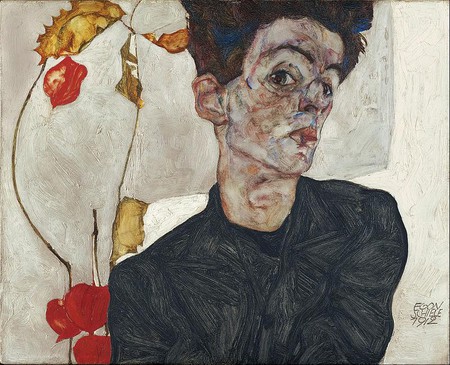 Self Portrait with Physalis | © Leopold Museum/WikiCommons

Self Portrait with Physalis, 1912

One of Shiele’s most famous paintings is his self-portrait. The artist frequently depicted himself, characteristically accentuating his cheekbones. The over-exaggerated features present in his self-portrait is typical of the Expressionist aesthetic. 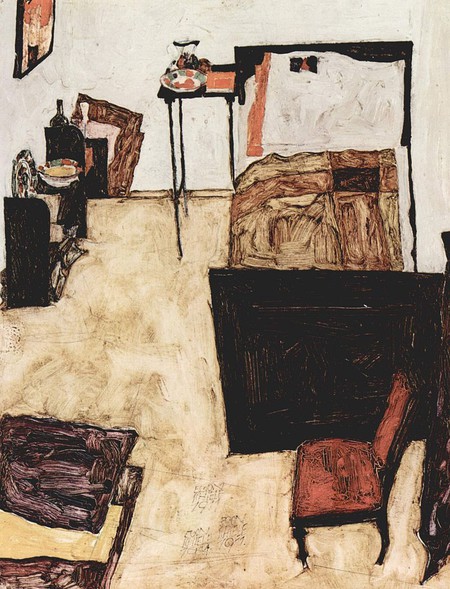 Expressionism emerged in early 20th century Germany, distorting images to show the world from a subjective and emotive perspective. Schiele is best-known for his portraits, but as is evident from Living Room in Neulengbach, the artist also produced landscapes and still-lifes. 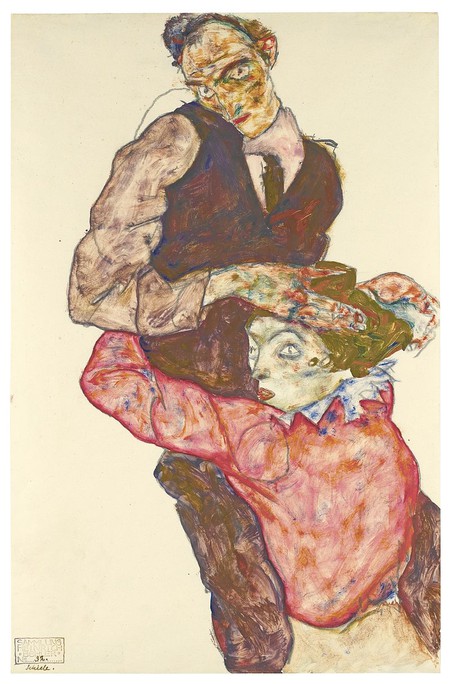 The woman in this painting, Wally, lived with Schiele in Vienna and modeled for him frequently. Schiele went on to marry Edith Harms, but he wished to maintain a relationship with his former lover. Upon hearing that he married Harms, Wally ran away. The two never saw each other again. 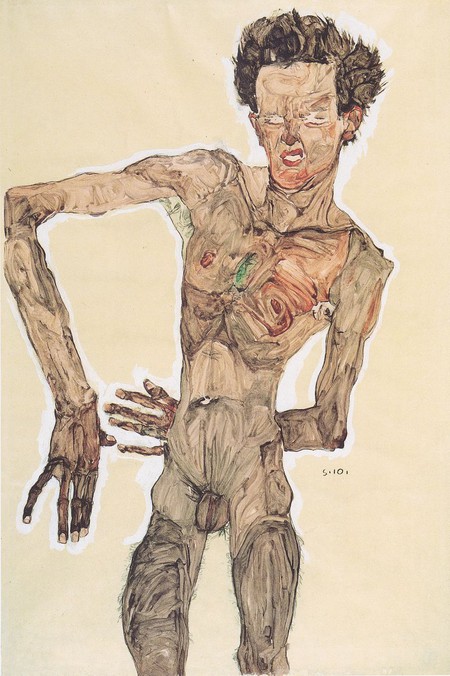 Another self-portrait, Nude Self-Portrait, Grimacing is one of Shiele’s more openly grotesque paintings. The anatomy of the figure is somewhat disturbing; spindly and twisted, the painting is inherently sinister in its depiction of the artist. 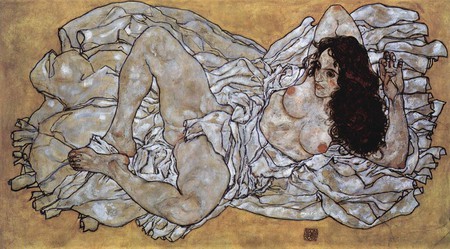 As seen in Lying Woman, many of Schiele’s female subjects are semi or totally nude. From 1915 onwards, Schiele’s female nudes became fuller in figure, with many deliberately illustrated with a lifeless doll-like appearance. 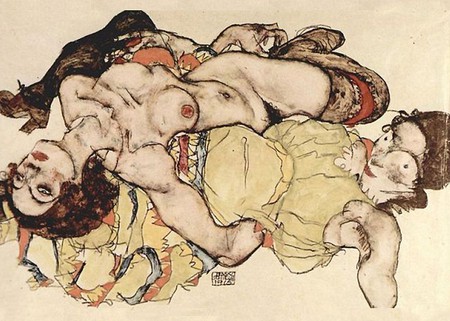 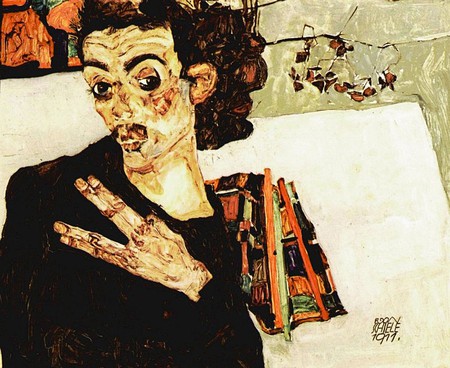 During the war, Schiele’s works became larger and more detailed. In contrast to the other self-portraits, this one is much darker in color, but it still emphasizes the angular aspects of the artist’s face. 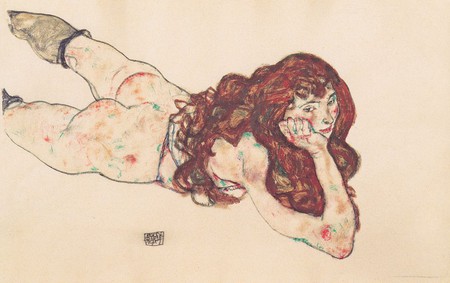 It is easy to see why Schiele’s work is considered artful pornography, as his paintings focus on sex, death, and exploration. Often decorated with dramatic splashes of color, the beauty of his work is consistently captivating, leaving a significant imprint upon the artistic world.