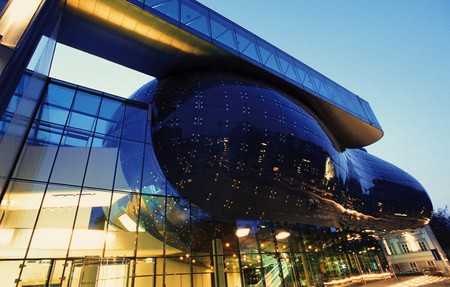 The bulbous exterior of the Kunsthaus | © Österreich Werbung, / kriskulakova

‘European Capital of Culture’ in 2003 and ‘City of Design’ in 2009, Graz is Austria’s second-largest city, often snubbed by tourists in favour of Vienna. Not only is it one of the best preserved historical areas in Europe, filled with lavish institutions and exciting new attractions, but it also has a lesser-known arty side that is well worth exploring. We list the coolest and most interesting neighbourhoods in this charming city, many of which surround the architecturally magnificent Kunsthaus – the futuristic art gallery known affectionately by locals as ‘the friendly alien‘ due to its eccentric design.

Located in the North of the city, Lendplatz is an area bursting with energy and cultural gems. The vibrant, eye-catching flower markets, restaurants, bars and cafes, entice students and Graz’s younger population to its streets, with many new venues opening up to keep the neighbourhood fresh. Uruguayan restaurant Chivito is a great pick for both food and drink, serving generously sized burgers, packed with flavour, and cocktails with a kick. Veggie visitors should head to Mangolds, a restaurant that charges by the weight of the plate or head inside the belly of the ‘friendly alien’ to the Kunsthaus Cafe, which serves tasty suppers for all. 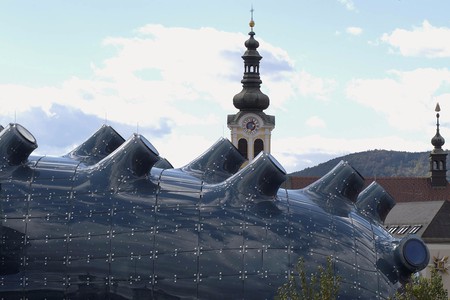 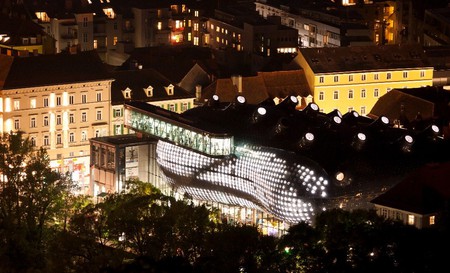 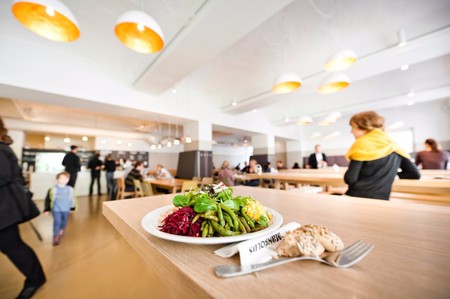 It’s difficult to get away with visiting Graz without taking a peak inside the architecturally intriguing Kunsthaus, which dominates the area like a crash-landed UFO. Commissioned to celebrate the city’s period as the European ‘Capital of Culture’ and designed by British architects Peter Cook and Colin Fournier, this singular structure has 1,066 acrylic elements in its ‘skin,’ and is a distinctive part of the city, and the area in particular. The Kunsthaus exhibits Austrian and international contemporary art shows, and the views from inside the building are truly spectacular. 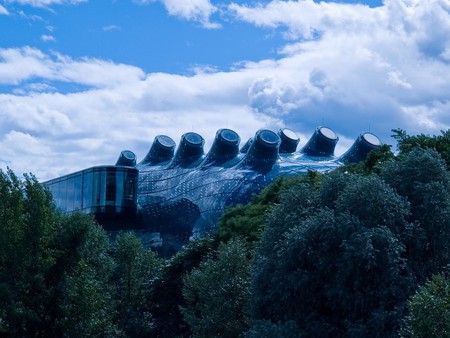 The 5th district of Graz, Griesplatz, is one of the city’s most multicultural neighbourhoods, comprising Bosnian, Serbian, Slovenian, Turkish and Albanian communities. During the summer, it sees many street festivals and markets pop up, filling the area with young energy and music from around the world. Grieskram is one example of this – an art, culture and cuisine festival that aims to create fun within the community. 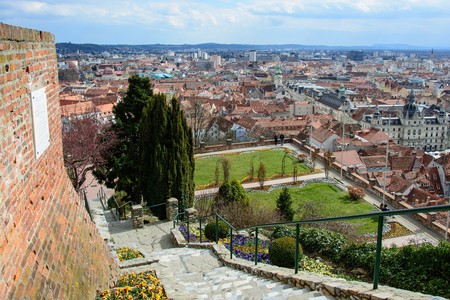 Geidorf, also known as the third district, is the location of the main university of the city, meaning that lots of student-friendly businesses are always popping up. One landmark that’s worth visiting is the Geidorf Kunstkino, the area’s art house cinema. It is also home to the Botanical Gardens, which is beautiful for summer strolls. If looking for a place to sit and have a drink in Geidorf, head to Cafe Harrach – a casual, charming cafe/bar on Harrachgasse. Geidorf is also home to one of Graz’s most special annual events, the festival of light and sound (Klanglicht), a magical spectacle that sees countless stunning installations by local and international artists installed in the area. 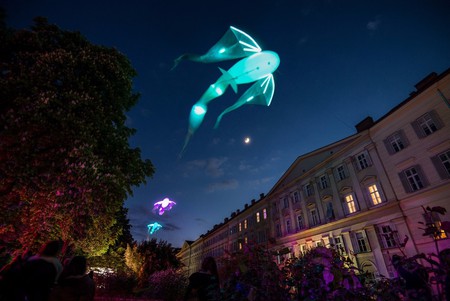