Every Year, the Tirol Mountains in Austria Are Set Ablaze For the Summer Solstice 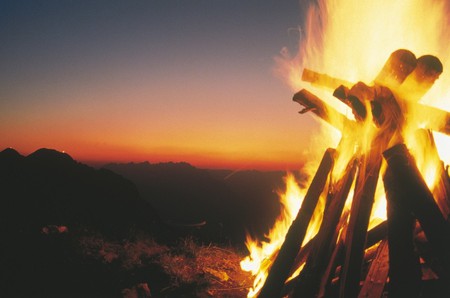 One of the individual fires | © Austrian Tourist Board

Midsummer inspires many cultures around the world and in Austria, the solstice is welcomed with various celebrations. The most spectacular and unusual tradition is the bonfires that are lit annually in the Tirolean Alps. Read on to discover more about this curious event.

The solstice bonfires that light up the night sky of the Tirolean Alps every June have their roots in the Middle Ages when the tribes of that time believed that fire was a symbol that showed appreciation towards the earth. Tirol has always been known for being an area that celebrates the closing of summer in the most extravagant way, with huge bonfires being lit – it truly is a beautiful display. 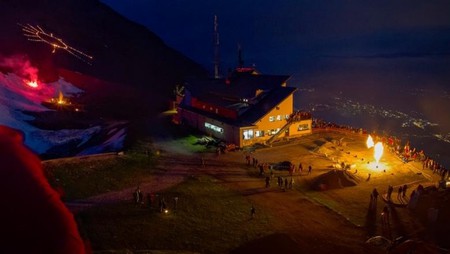 The celebrations as seen from above | © Tyrolean Tourist Board

Where best to see the fires

The bonfires are lit all along the mountain ranges of Tirol, however, there are some spots that are particularly majestic. In the Zugspitze area, which was recently declared a UNESCO World Heritage Site, the valleys are illuminated by around 8,000 small fires, making for quite the spectacle. Boat cruises take place along the nearby lake and the cable car, which offers unrivalled panoramic views, runs late into the night.

One of the individual fires | © Austrian Tourist Board

Tirol’s quaint capital, Innsbruck, also puts on an impressive display for midsummer – lighting up the Nordkette mountain range at night (the cable car runs until 11 pm) and putting on various other events, including musical performances and feasts made up of traditional cuisine.

The fires from afar

However, the fires are best seen from afar, when their entire shape is visible on the mountainside. Cruises along Lake Achensee are a popular way to experience the magic of the mountain fires from a distance. Setting off from Pertisau at 9 pm, the two-hour cruise takes you along some of the most picturesque areas, which become ‘bathed in light’. More details can be found here. 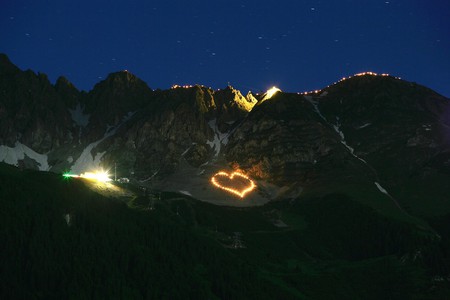 The fires burn on the mountainside | © Ria Baeck / Flickr 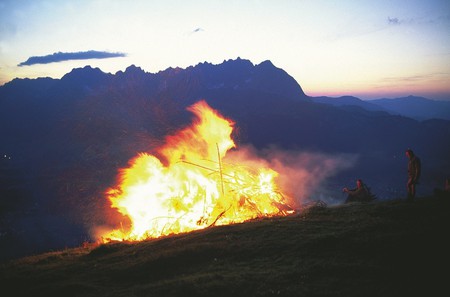 Fires burning atop of the mountains in Tyrol | © Austrian Tourist Board

Summer solstice in Austria generally falls in mid-June. Check out this page for updates on how you can see the bonfires.