The influence of Ettore Sottsass cannot be easily summarized. As a designer, he was much more than the sum of his creations and in order to understand his impact on modern design, it is necessary to broadly assess his life and work. We learn more about one of the most influential figures in the postmodernist movement, from popularizing Italian industrial design to leading the radical design movement in the 1980s with the Memphis Group. 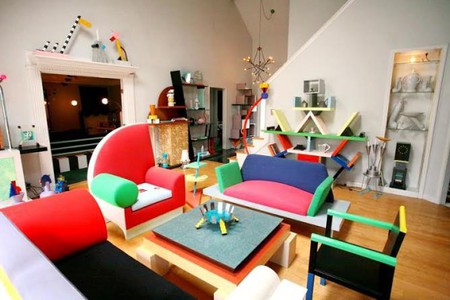 Ettore Sottsass was proficient in many different fields of artistry, from sculpture, architecture, ceramics and glass works to painting and drawing. Born in Austria in 1917 to an Austrian mother and Italian father, Sottsass spent his youth in fashionable Milan. He then proceeded to gain formal education in architecture – something his father, Ettore Sottsass Sr., a renowned Italian architect, deeply desired.

From childhood, Sottsass greatly enjoyed drawing, quickly sketching things he observed throughout his daily life. Drawing was however, ultimately not enough for him. Sottsass also carried with him a small camera that he used to document everything: doorways, furniture, kitchen sinks. Nothing was irrelevant to Sottsass, as by incessantly documenting everyday mundanity, he was trying to understanding and gather together the pieces that would shape his human-centric vision of design.

Despite tremendous support from his family and a sterling education, Sottsass’s career as an architect was quickly postponed. Shortly after graduating with a degree in architecture, the clutches of World War II descended upon the world and Sottsass soon found himself enlisted in the Italian army, subsequently spending most of the war in a Yugoslavian concentration camp after being taken as a prisoner of war in the Balkans.

After the war concluded, Sottsass moved back to Milan to work in various different roles. He began as a magazine writer before becoming an exhibition curator and eventually opened his own architecture and design practice. Sottsass’ breakthrough came in 1958 however, whilst working with Olivetti, the Italian manufacturer of computers and office machinery. Sottsass – along with his colleagues in Olivetti – won the prestigious Compasso d’Oro prize for the design of Olivetti’s mainframe computer, the Elea 9003.

Continuing his collaboration with Olivetti, Sottsass would continue to impress and left a lasting impression with his landmark design for Olivettis 1969 Valentine typewriter. Its plastic design and bright poppy red color made the machine stand out from the cluster of uniform, gray office equipment common at the time. Sottsass emphasized that when he designed the Valentine typewriter – or any other consumer products – he focused not on the technology of the machine he was working on, but on the psychology of the individual that was going to use it. It is no surprise therefore, that owning a Valentino typewriter soon became a fashion statement in itself, as the machine ascended to the status of pop icon. 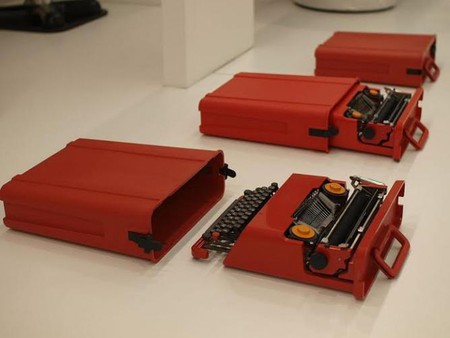 Having achieved international acclaim in the world of design, Sottsass continued to work with Olivetti but also undertook many personal trips to India and the U.S. These trips would turn out to be sources of considerable inspiration for the designer. Whilst travelling in India, Sottsass was mesmerized by the abundance of color in the culture. Bright fabrics and colors were not only limited to the upper classes, but were used by everyone. Sottsass was so impressed by the abundance of color that he took it upon himself to organize a color revolution through his own designs.

During his visits to the United States in the 1970s, Sottsass embraced local culture. He was especially enamored with the pop-culture movement and brought its influences into his own design work by co-establishing an experimental design collective entitled Global Tools in 1973. The 1970’s also marked the beginning of Sottsass’s experimentation with new materials – such as fibreglass – expanding into the design of a wider range of objects such as various homeware items. Influenced by his travels in both India and the U.S, his designs were radical. Sottsass incorporated altar-shaped forms and superstructures into household furniture and objects – something previously unseen.

Sottsass’s philosophy of human-centric design and color was further popularized in 1981, when he and a group of Italian designers and architects founded the Memphis Group. The collective worked towards liberating design from itself by using materials and methods previously unheard of in high-end design, such as plastic laminates, fibreglass and colorful asymmetrical shapes.

The idea for the movement came to the group after they had spent a night talking about design whilst listening to Bob Dylan’s Stuck inside a Mobile with the Memphis Blues Again. Whilst not achieving quite the success of Dylan, the Memphis group did become increasingly popular, now considered to have been one of the biggest cultural phenomenon’s of the 1980s.

Due to this steep increase in popularity, many international artists began contributing to the collective, making the group a considerable influence in the world of international design. Thanks to Sottsass’ leading ideas and his philosophy of putting the consumer at the center of the design process, there was finally a rejection of the creative limits imposed by the faceless design industries. The best example of Sottsass’ lasting impact on design can be seen in another of his landmark pieces – ‘The Carlton Room Divider’ – created for the Memphis Group. The room divider is essentially a luxury piece made of plastic laminates – not fine woods as was common in high-end furniture at the time.

The divider conveys a strong sense of the avant-garde, suggested by the symmetry of colors and spaces. Lead by Sottsass, the Memphis movement garnered enormous attention worldwide, seen as purporting a flamboyant and extremely energetic approach to design.

Having been the leading figure behind the radical design revolution and single-handedly having deconstructed assumptions related to traditional product design, Sottsass was an important figure in late 20th century design. His passion for color and rejection of the status quo has directly influenced many of the products and buildings we see around us today. Sottsass’ work lives on through the Sottsass Association, a design consultancy firm that Sottsass established in 1980 in order to expand his ideas into the realms of architecture and to publish his designs on a much larger scale. Maintaining the ethos of its founder, the firm continues to move forward and push the creative limits of architecture and design by helping young and talented architects establish new ground with their artistic vision.