The Dark And Unnerving Films Of Austrian Cinema

While Austria is renowned for its musical brilliance, its cinematic reputation is somewhat obscure. Shining a light on this hidden treasure, Culture Trip investigates the best of Austrian film, analysing the dark and controversial work of directors such as Michael Haneke and Markus Schleinzer.

Little known yet widely influential, Austria’s film industry is unique amongst world cinemas. While naming your favourite Austrian films may be a challenging exercise, this landlocked country also boasts one of the world’s most controversial and influential directors: Michael Haneke. Without a doubt he is the most internationally successful Austrian filmmaker working today, and his cinematic impact resonates globally. However while Haneke has received worldwide praise, there are many Austrian directors who are yet to receive the recognition they deserve. Following the footsteps of Haneke are directors such as Ulrich Seidi, Markus Schleinzer, Stefan Ruzowitzky and Barbara Albert. Each have made thought-provoking, strong pieces of cinema that merit wider international acclaim.

As Michael Haneke fans would already know, Austrian cinema is renowned for its dark and disturbing tone, packed with bleak imagery and shocking narratives. However even by Austrian standards Markus Schleinzer’s Michael is a sobering example of filmmaking. The film portrays the life of a paedophile kidnapper and his ten-year-old captive, and Schleinzer treats this difficult and repellent subject matter with unnerving simplicity. The directing is inspiring, the writing is superb, and the acting is spot-on. Michael is arguably one of the most deeply disturbing character studies that cinema goers will ever see. Schleinzer’s cool, clinical direction is very much school-of-Haneke, and whether the title of the film was a conscious decision to use Haneke’s name is open to question.

Haneke’s mark on Austrian cinema is transparent in one of his most provocative and radical films yet: Funny Games. The sadistically intense thriller follows an innocent family as they stumble upon two strangers who introduce themselves as friends of their neighbours and then begin to torture them from that moment. A truly unnerving film, the suspense does not slow down from the very first minute the audience meets the two strangers all the way through to the final credits. A true thriller, Haneke frightens the audience with what they don’t see; there isn’t actually much physical violence screened, but the psychological violence is enough to make this film also unbearable to watch. Nevertheless, Funny Games is an intelligent, interesting and thought-provoking film that makes it worthy of being named one of the Austrian auteur’s most memorable projects. 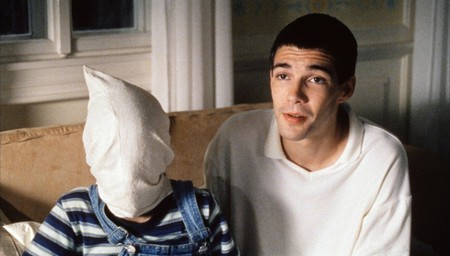 Stefan Ruzowitzky’s The Counterfeiters is a bold study of moral ambiguity. The film is based on a real-life Nazi operation from Adolf Burger’s fact-based book The Devil’s Workshop. Ruzowitzky’s direction brilliantly captures the claustrophobia of the setting, while also conveying the moral complexity of the characters’ choices. This 2008 foreign Oscar winner is arguably one of the most unnerving and disturbing true-life accounts of the Nazi operation ever to be made.

Although Ulrich Seidl’s Paradise Trilogy is not a stand-alone film, it deserves recognition and praise for pushing boundaries in a way that Hollywood would be too afraid of doing. The protagonists of the three films are of the type that we don’t expect to see on screen. Paradise: Love, the first part of the trilogy, shows a middle-aged sex tourist manhandling Kenyan toy boys, while Paradise: Faith depicts the story of a middle-aged Catholic woman, and Paradise: Hope portrays an adolescent girl at a weight-loss clinic, pining for her doctor. Writing about Paradise: Love, journalist Mark Olsen from the Los Angeles Times describes Seidl’s characters as ‘inhuman puppets for his amusement.’ Whether this is true is debatable, but Seidl succeeds in getting his films noticed either way. Similar to Haneke, Seidl knows exactly how to keep his audience captivated while rattling them with discomfiting precision. Just like the pervious films mentioned, this is also a brutal, anxiety-inducing and almost unbearable-to-watch piece of filmmaking, but just as worthy of wider recognition and success.

Having repeatedly mentioned the influence of Haneke in Austrian filmmaking, it is fitting to conclude with one of the auteur’s most critically acclaimed, powerful and outrageous films, The Piano Teacher. This is a story that questions how far a man is willing to go to be with the woman he desires. Haneke examines yearning, loneliness, desperation and self-denial in a powerful and gripping way that manages to haunt the audience days after viewing. Both the main characters give the performance of their lives, managing to suck the viewer in, no matter how difficult and uncomfortable the viewing experience is. Once again, there are elements of sadism, brutality and psychological torture involved, which makes this an outrageously memorable film, and one of Haneke’s best.

Isabelle Hupper in The Piano Teacher | © MK2 Diffusion
Give us feedback