The Best Festivals in Austria 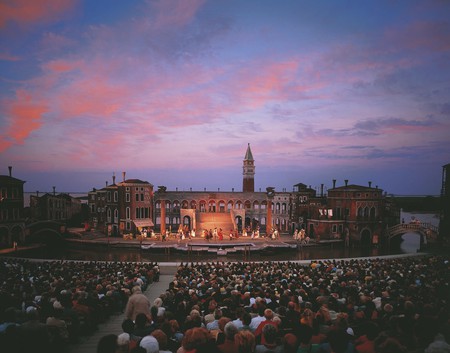 Theatre at dusk | © Austrian Tourist Board

If you’re planning to visit Austria this year, why not discover some of the most exciting festivals that the country has to offer, from a pop music event held in front of Vienna’s Baroque church to one of Europe’s finest international film festivals? In this diverse cultural community, there is something for everyone.

The long-running Viennale international film festival (since 1960) takes place annually in October. Premiering an incredible range of films, the festival takes place across Vienna’s many vintage cinemas, including Gartenbaukino, the planetarium Urania Sternwarte, Metro-Kino, Filmmuseum and Stadtkino. Documentaries, short films and experimental cinema are among the genres that are seen and the festival includes a number of events, such as talks with directors and special galas. 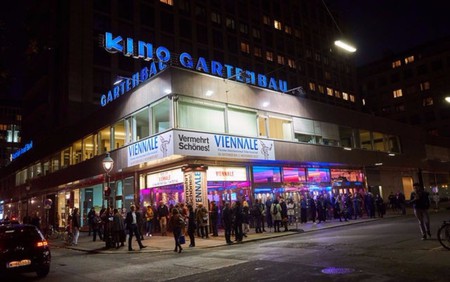 The opening of the festival | © Viennale

Held beneath the gaze of Baroque masterpiece the Karlsplatz church, the Popfest four-day festival takes place annually in July, attracting around 60,000 visitors. The festival’s programme largely features Austrian acts, with a particular focus on pop music – as you may have guessed!

Established in the 1950s, this six-week festival pays tribute to all things cultural with the opening taking place outside Vienna City Hall. The festival was originally set up with the aim to reshape the city’s image after the Second World War, encouraging people to unite through culture, as the website says: ‘Wiener Festwochen doesn’t aim to be a glossy festival. Rather, it seeks to understand art as a process that enables new solidarities by creating temporary Ground Zeroes, thus becoming a field for experimentation for a future society.’ 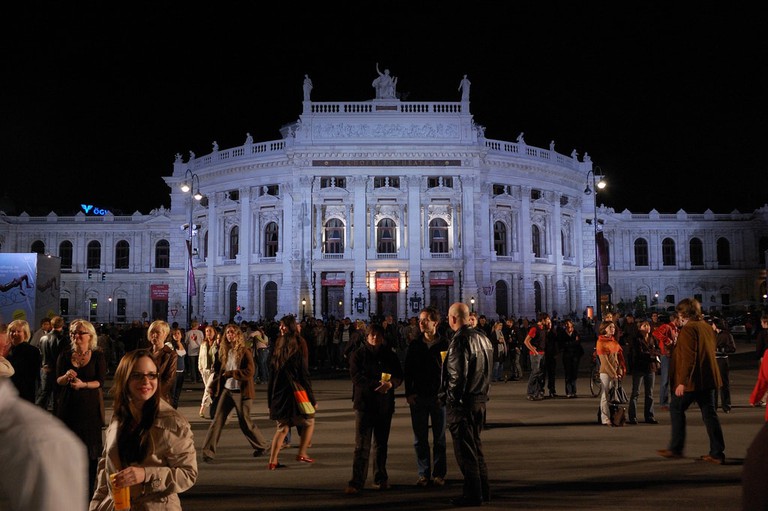 An operetta is a lighter version of an opera, in both its themes and musical style, and this festival pays tribute to it. One of the highlights of this festival is the stunning backdrop of Lake Neusiedl, an area of gorgeous natural beauty. Attracting a diverse crowd of fans, the festival is described by the organisers as a ‘limitless cultural enjoyment that whisks visitors away into a magical world full of melodies from operettas and musicals, far from the worries of everyday life.’ 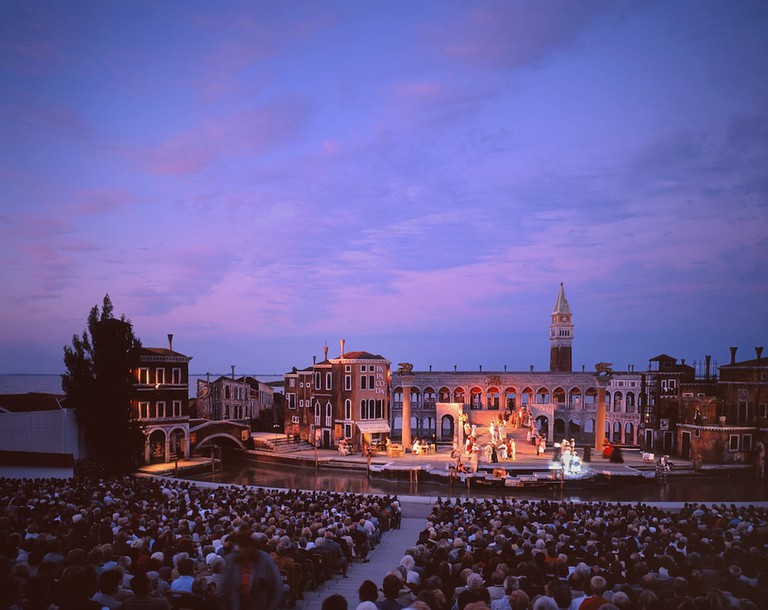 The festival at dusk | © Austrian Tourist Board

From 23 to 25 June, Vienna’s Danube Island transforms into a party hub for around 3 million visitors for the Danube Island Festival. Musicians from all over the world, and of all genres, provide the visitors with over 600 hours of concerts, and countless food and drinks vans line the banks. 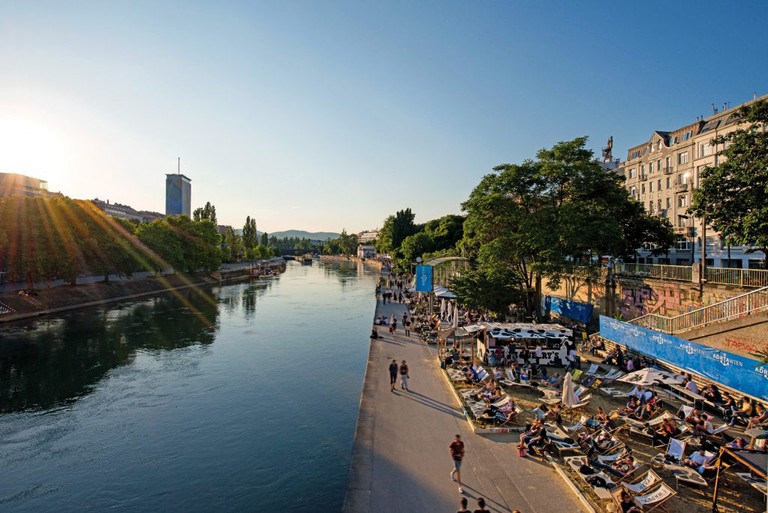 Taking place annually in autumn, this festival is Vienna’s most prominent art event, bringing together artists from all over the world. Many different faces of the art world turn up at the Leopold Museum to enjoy this cultural feast, from classical art collectors, to up and coming contemporary artists. 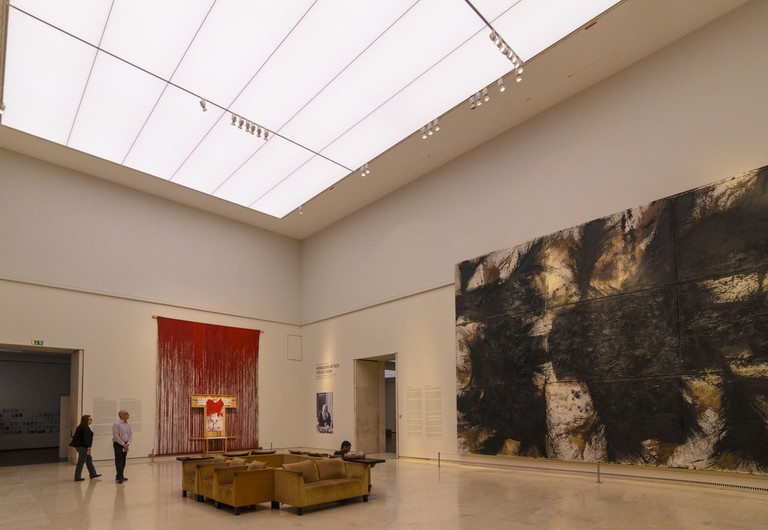 ImPulsTanz has established itself as one of the most important festivals for contemporary dance, attracting thousands of dancers, choreographers, teachers and dance aficionados from all over the world, who gather in Vienna to investigate new and innovative ideas in the dance and performance art world. 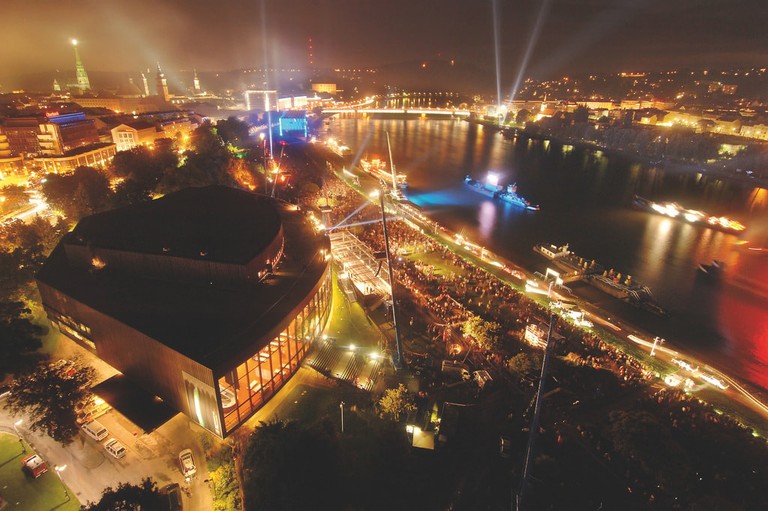 The festival lit up at night | © Austrian Tourist Board