Best Cruises on the Danube To Go On 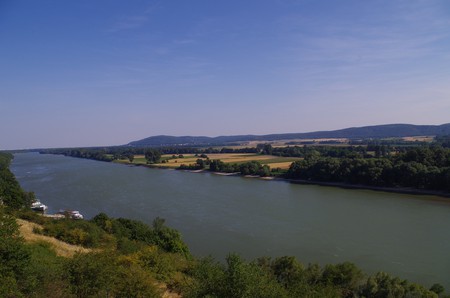 The Devin Castle of the Danube River | © Ajale/Pixabay

The River Danube connects Austria with numerous countries in Eastern and Central Europe – and gives travellers the option of hopping from Vienna to nearby cities such as Budapest or Bratislava by boat. Day trips on the Danube range from exploring domestic villages, such as Hallstatt to excursions further afield. Take a look at our suggestions for some inspiration…

This is a magical part of the country, with an endless expanse of rolling hills, historic fortresses and vineyards, all set around the River Danube. The Wachau area in rural Upper Austria is perhaps most famous for being the site where the notorious English King Richard the Lionheart was captured and imprisoned for a year after he insulted Duke Leopold. In 2000, the Wachau was named a UNESCO World Heritage Site for its rich architectural and agricultural history. This tour, organised by DDSG river cruises, takes you through the historic towns of Krems and Dürnstein, with the chance to stop for a glass of wine along the way. 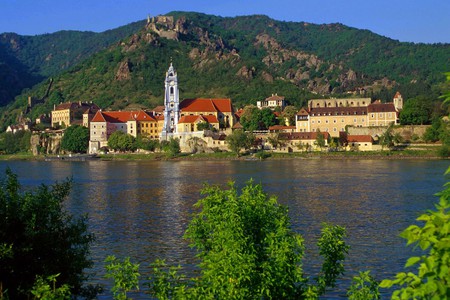 Vienna is conveniently centrally located, making it an ideal hub for travelling around Europe. Hungary’s capital, Budapest, is a wonderful city to visit for a day trip, with its dreamy thermal spas and epic royal architecture. Avalon Waterways organise an epic eight-day cruise from Budapest to Vienna, passing by Slovakia’s vibrant capital of Bratislava, the quaint town of Dürnstein with its baroque Stiftskirche (Collegiate church) and Melk’s awe-inspiring Benedictine Abbey along the way. 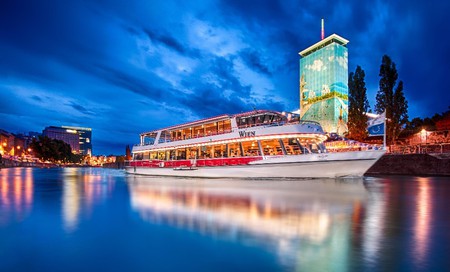 Bratislava, Slovakia’s low-key capital, directly neighbours Vienna and is reachable in just over an hour when travelling by boat. The Twin City Liner, which leaves from Schwedenplatz, is a 109-seater catamaran, that travels to the city around five times a day. Read up on the best of Bratislava here.

Exploring Vienna by boat is a great way to get to know Austria’s capital, and there are numerous ways you can get around. Glide across the Danube with an excursion ship of the DDSG Blue Danube, soar down the Danube Canal with the Twin City Liner, explore the Donau-Auen National Park with the National Park boat, or enjoy a quaint boat picnic on the Old Danube. 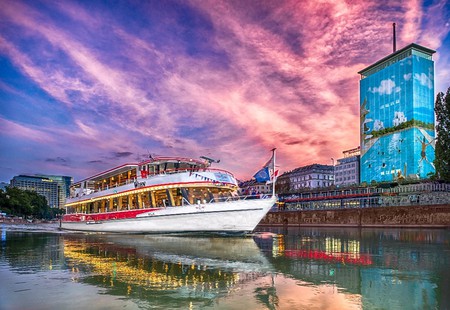 A cruise boat sailing through Vienna | © Blue-Danube
Give us feedback