Snipes, a Los Angeles based photographer who specialises in sports and portrait based photography, revealed that this recent assignment to promote the event was one of the highlights of his professional career, despite frequently working with the likes of international brands and publications such as Sports Illustrated, Time, ESPN, Nike, Gatorade and The New York Times. Snipes said, ‘It was such an amazing experience to get to work with the Austrian volleyball team and the iconic Spanish Riding School. On top of that, to photograph them inside one of Austria’s most beautiful landmarks made this one of my favourite photoshoots to date.’

Snipes admitted, ‘Working with animals is always unpredictable, but as a photographer that enjoys a challenge, this shoot was especially fun. Going into the shoot, we knew there would be a few unknowns but luckily I was working with a great team and we were able to problem solve them along the way.’

The Spanish Riding School, the oldest of its kind in the world, some sources indicate was first used as a riding area in 1565. The exquisite building that stands today, designed by the architect Joseph Emanuel Fischer von Erlach, was built between 1729–1735. The main hall, and the sunlight it allows to flood in, ensures an incredible backdrop for any event is guaranteed. 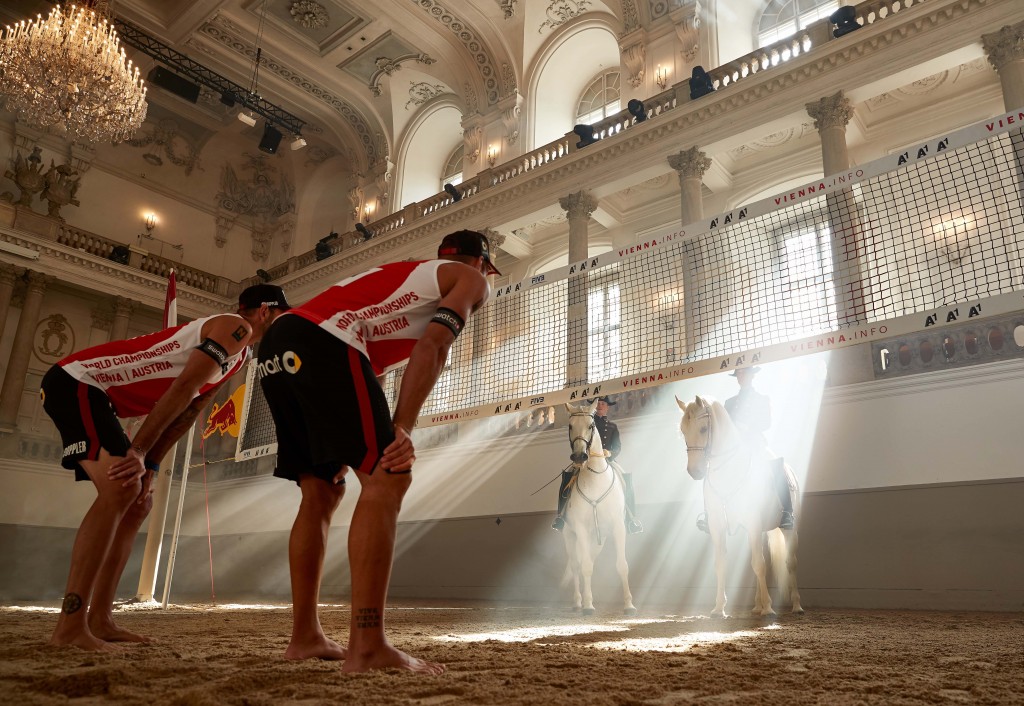 Vienna’s world famous Danube Island will host the sport’s showpiece event between July 28 and August 6 2017, where the world’s best players will battle it out for the title and US$1 million (around £800,000). It will be the first time Austria’s capital city has hosted the main event, but Austria has held 18 men’s and 15 women’s FIVB World Tour events in the past, regularly welcoming the world’s top teams.

The state-of-the art Vienna Centre Court at Donauinsel will be the event’s main venue, close to which is a beautiful view of the Danube River and the FIVB Beach Village. The nation to beat is said to be Brazil, they have a hefty lead in the medal count in both the men and women’s FIVB World Tour Austrian events – the men have won 26 medals, the women have 18. 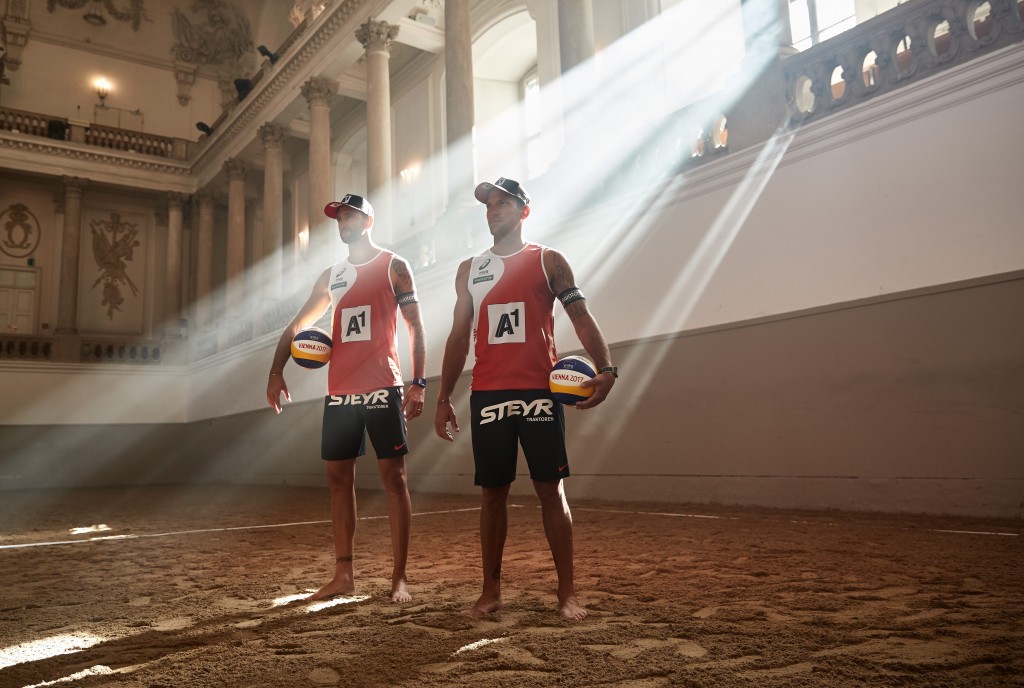