Austria’s 10 Best Designers, From Furniture to Homewares to Textiles

Austrian design preserves and challenges classic design principles, creating not only conceptual products but also services and systems that are highly adaptable. Based primarily in Vienna, these ten designers and studios represent the fusion of classic craftsmanship and innovation in Austria’s thriving, multi-faceted design scene. 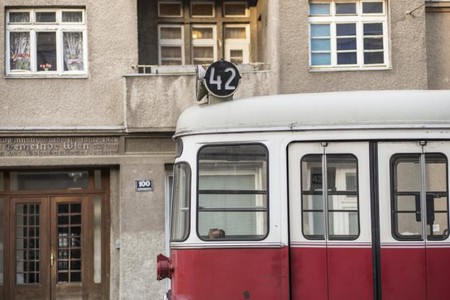 Veronika Persché has worked as a freelance textile designer since 1999. At her Viennese knitting workshop, she creates striking fabrics and three-dimensional fabric structures for clients in Austria and abroad; her products are in high demand across several design disciplines, most notably in the fashion industry. With the help of a computer-driven knitting machine, Persché creates a range of organic and high-glamour fabrics from an innovative combination of materials. Her original approach to ‘knit design’ has a strong graphic feel, with her repeat patterns bearing a strong resemblance to the drawings of Dutch artist M.C Escher. Inspired by her creative upbringing, Persché’s practice combines precise design skills with traditional handicraft and underlying elements of theatrical performance, resulting in a vast number of unique designs. 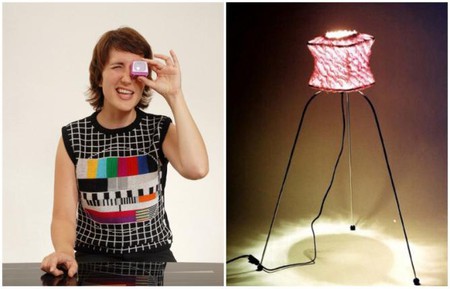 Designer Rainer Mutsch specializes in furniture, product and industrial design; having previously worked for design studio Werner Aisslinger in Berlin, he eventually set up a studio under his own name in Vienna. His activities revolve around creating independent projects and designs for international clients; among them is garden-styling brand ETERNIT, for whom he created the modular outdoor furniture system Dune (2010). Formed of six elements, each modular section of Dune has been 3D-modelled from one whole 100% recyclable panel of ETERNIT cellulose fibre cement. This highly modular and expandable system allows the user to adapt the positions of the seats to their needs and individual taste. For this design Rainer Mutsch was awarded the Green Good Design Award (2011), the Good Design Award (2010) and the Red Dot Design Award (2009). 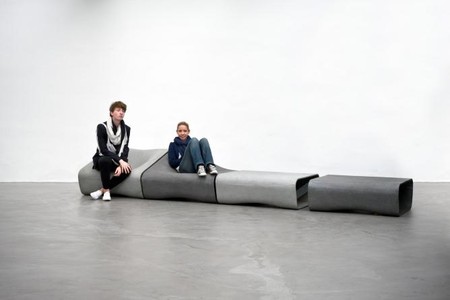 Vienna-based, Bulgarian-born designer Valentin Vodev has studied at the University of Applied Arts, Vienna (Industrial Design) and the Royal College of Art (RCA), London, specializing in design products. His studio works across transportation, furniture, lighting and interior design, with a vast international client base including Absolut Vodka, Barbican Art Centre, Mothercare and Tetra Pak. Vodev has also worked with British-Israeli designer Ron Arad on his touring exhibition Restless. Vodev’s designs include the Vienna Bike, a versatile, electrically assisted tricycle produced with support from Impulse/AWS and launched at London’s eco-rally (2011). The bike boasts an innovative steering and suspension system and is designed to carry up to 40kg of shopping; the idea behind it is in line with Vodev’s philosophy of converting design into products that define new functions and forms. Indeed, as he attests, ‘design is a cocktail of logic’ that can be used anywhere. 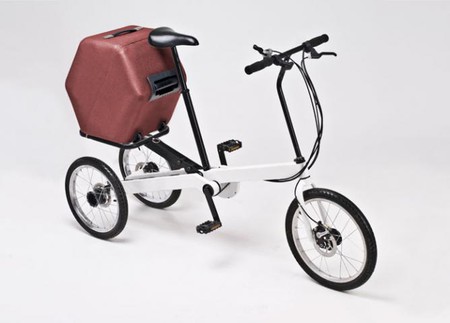 Thomas Feichtner started off his career by designing industrial goods and products for the Austrian industry. Today, at his own studio in Vienna, he focuses on experimental and artistic design approaches. Always on the lookout for a more independent approach to design away from globalization and mass production, Feichtner has participated in collaborative and freelance projects for several traditional craftsmen, as well as design companies Vitra and FSB. He has been awarded numerous international design awards such as the Design Award of the Federal Republic of Germany, the European Design Award, the Josef Binder Award and the Austrian State Award for Design (2011). In addition to his own practice, Feichtner has also worked as a product and visual communications designer for international clients including Tyrolia, Fischer, Swarovski Optik and Adidas Eyewear. His works can be found in various international design collections. 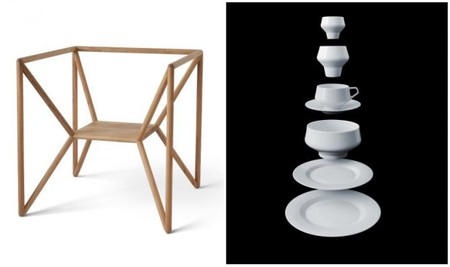 Artisan ceramics studio, Feinedinge, was founded in 2005 by Sandra Haischberger, a graduate from the University of Applied Arts, Vienna, and former consultant for the Viennese Architecture firm Embacher. In 2006, Silvie Siegl joined the studio, followed by Judith Geifing in 2011. Every piece of Feinedinge porcelain is 100% handmade in Vienna. Their products are first cast in plaster moulds and then decorated either through the process of transfer printing, or by hand – as with the delicate, glowing Moonstruck series, where each element had been elaborately perforated by hand. Their porcelain has a true sense of personality, rendered highly touchable by their delicate approach and attention to detail. Feinedinge works also stand out from common, industrially produced ceramics by the slight irregularity in form, colour and décor visible in each unique piece. 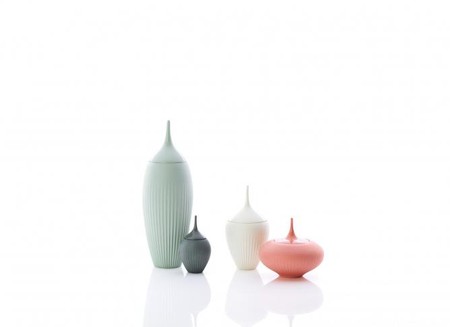 Provocative Vienna-based designer Nina Levett’s work can be best described by, “three to five P’s: PUNK and PORN – and maybe PROTEST but that sounds so harsh – so maybe PAIN would be better.” Her bold patterns and ornaments express uncompromising observations of society and relationships and are applied to a number of surfaces or products such as cutlery, glassware and tableware to textiles, moveable wallpapers and porcelain. Levett’s high-end design works are distinct in her use of decoration; influenced by the Wiener Werkstätte tradition, she combines its old premises with modern ideas and inspiration from the internet. In addition to working independently, she creates illustration installations for clients such as Blickfang, for whom she prepared the Believe Liar installation. Her works can be found at the Austrian Museum of Applied Arts in Vienna, the Alessi Museum in Milan and in art galleries and fairs across Europe, Asia and the USA. 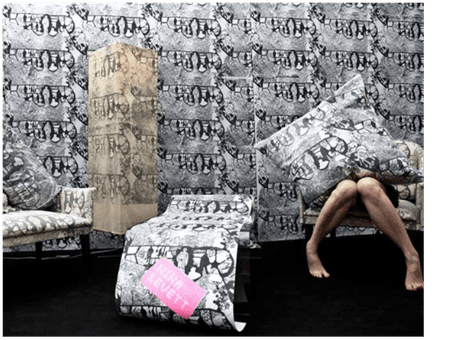 Hungarian-born, Vienna-based graphics and illustration designer Bea Kraus creates lifestyle, fashion, conceptual, editorial, advertising, textile and surface designs. Though she has a wide array of intriguing interests, the bulk of her work revolves around fashion and nature, abstract patters and surfaces. She has over ten years of experience in graphic design, having worked for advertising agencies, brands, publishers and magazines; her extensive client base includes Swarovski, St Ives, Vossen, Triumph International, Elle, Vogue and Mercedes Magazin. Kraus was featured in the design publication ‘200 Best Illustrators Worldwide’ by Lürzer’s Archive for her ‘Nature’ illustration created for Naturgarten. Moreover, as an accomplished artist, Kraus has exhibited globally, showcasing her designs at the Australian Academy for Design, Melbourne (2007), the MuseumsQuartier, Vienna (2007) and at the CAA Foto & Illustration Review. 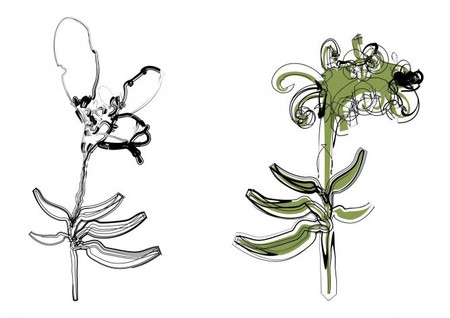 Founded in 2009 by Katharina Mischer and Thomas Traxler, design studio mischer’traxler is based in Vienna. They combine their design products, furniture and installations with a focus on experimental design approaches and the context of their designs, resulting in conceptual design pieces such as ‘Trapped Flies.’ This audio-kinetic installation was commissioned by the Austrian Cultural Forum Rome and consists of 52 different glasses, each containing an artificial fly attached to a motor. As the flies collide with the glass wall they emit a sound specific to each glass thus creating “a little concert of 52 flies.” Through their use of unexpected materials, Mischer’traxler’s work conveys a balance between handicraft and technology, combined with strong elements of sustainability and consideration for the natural world. Through their intensive design process, they examine, experiment with and reject critical ideas about the relationship between producer, object and owner.

Trained as a goldsmith and sculptor, Andreas Eberharter began his career as an assistant to several renowned artists and jewellers. He has been working as a freelance designer since 1992 and founded his own label AND_i in 2001. A worldwide success, the studio now creates “authentic jewellery for real individualists,” and enjoys great popularity. Eberharter has been awarded several prestigious design awards such as the Vienna Fashion Awards; Best Accessories Designer (2010) and Best Branding Designer (2012) and the Mercur Innovation Award for Creativity (2011). The AND_i aluminium eye patch is his most recognisable and successful design to date, appearing at the Thierry Mugler Men’s Show 2009 and in Lady Gaga’s video for ‘Paparazzi.’ Thanks to this publicity, the eye patch has gained the status of a cult object, while Eberharter’s jewellery and accessories have become ‘must-have’ fashion items. 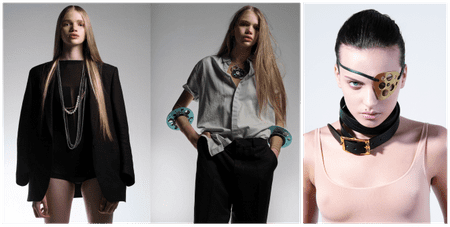 Fashion designer Julia Cepp has been working under the name mija t. rosa since 2001. She studied fashion design at the University of Applied Arts, Vienna, and won the Rondo/Nokia Fashion Award in 2004 for her graduate collection Angels. Her innovative approach to fashion design and presentation style reflects the relationship between real life and its utopian vision; her shows are stunning performances often accompanied by conceptual albums. But she also cites photography as an important aspect of her collections, allowing her to maintain a joint vision as a designer and photographer. One of the main themes in Cepp’s design collections, such as les choses de la vie (A/W), is the image of women. Her designs aim to represent self-determination, freedom of action, but also the social barriers faced by modern women; she is particularly inspired by actresses and the characters they play. 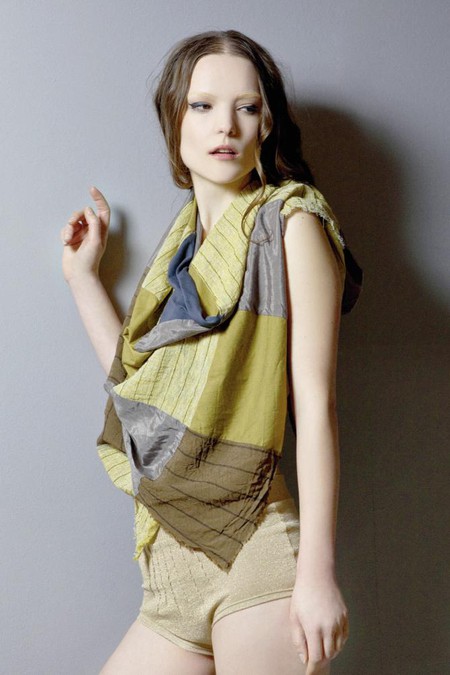 © mija t. rosa
Give us feedback