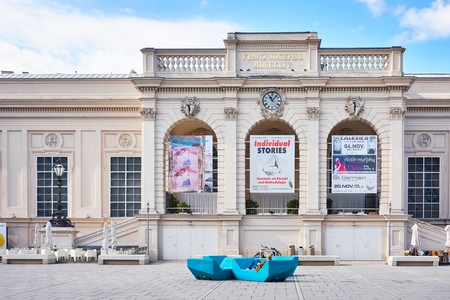 Vienna, once home to Gustav Klimt, Friedensreich Hundertwasser and Egon Schiele, is renowned worldwide for its deep and impressive artistic roots. Today, the city’s art scene continues that tradition with works by contemporary artists in exhibition halls and museums including Kunsthalle Wien, mumok and Belvedere 21, as well as galleries such as Galerie Nächst St Stephan, Galerie Krinzinger and Gabriele Senn Galerie. 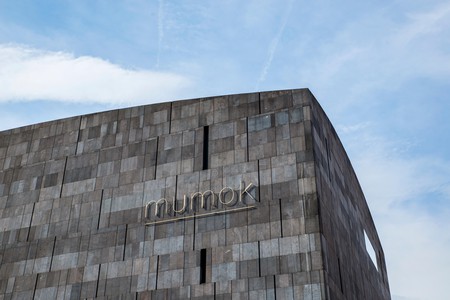 “There are a lot of art worlds within the city,” says Vincenzo Della Corte, owner of Vin Vin, a well-regarded and fairly young art gallery in Vienna. Describing the art scene in the Austrian capital, Della Corte adds: “It’s a little bit difficult to define one direction. It’s a kaleidoscopic universe.”

Though Della Corte stresses that Vienna is not yet comparable to London, Paris or New York in terms of its contemporary art, its art scene has rapidly accelerated in the last four to five years. New artists have arrived, perhaps attracted by the low living costs in Vienna. Rents are still affordable in Austria, and the state offers welcome support to artists. Many first come to the city attend the Academy of Fine Arts or for residences, and choose to stay. Meanwhile, the recent popularity of Vienna for creatives may be due to the fact that cities that have typically been perceived as artists’ hotspots, such as New York and London, are “becoming more difficult [for artists] to remain in”, Della Corte explains. 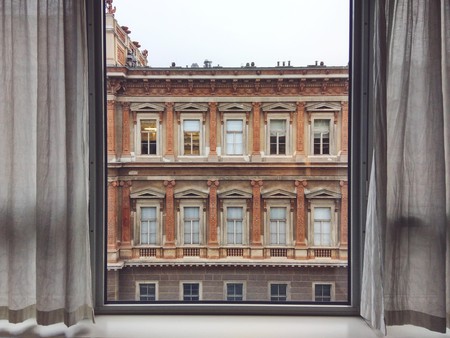 And Della Corte adds that the international collectors are following the artists: “Vienna is more and more on the radar for buyers.” The city sits at the gateway to Eastern Europe, providing a fascinating crossroads of cultures, as well as easy access to artists from countries such as Germany, France, Denmark, Croatia, Slovakia, Poland, Hungary and more.

And Vienna’s illustrious creative past is still at the forefront of many people’s minds when considering the city’s art scene.“When buyers come to Austria, the first element they look at is the historical figures, like Maria Lassnig,” Della Corte says, referring to a well-known Austrian painter who died several years ago. But soon, the current art shines through: “Afterwards, they are really open to exploring the peculiarities of the art world.” 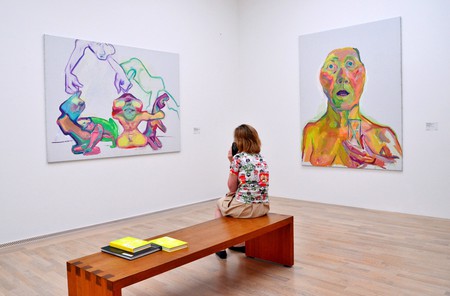 Today, Vienna showcases contemporary art in particular. The capital is home to annual events such as Curated By, a festival during which international curators put on exhibitions at Viennese galleries under a unifying theme. Another major art event that takes place in the city is viennacontemporary, an art fair that brings together more than 100 galleries from 26 countries and has a focus on Central and Eastern Europe.

Though the Austrian art world is concentrated in Vienna, other cities have events going on, too. Innsbruck hosts a biennial of the arts called Innsbruck International, which gives artists from around the world an opportunity to show their work in various new and old spaces around the city. In 2018, the theme was Agents of Social Change. 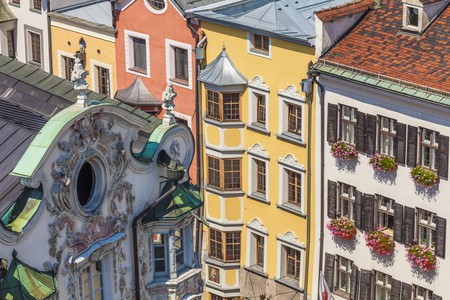 Della Corte himself moved to Vienna in 2008 to study orchestral conducting at the University of Music and Performing Arts. He made his debut as a conductor several years later with the Vienna Radio Symphony Orchestra, working in Italy for several years. Before then, he travelled around the world as a violinist. In 2016, he opened Vin Vin, a gallery that showcases emerging contemporary art. The gallery represents several exciting artists, including Martin Hotter, Saskia Te Nicklin and Dino Zrnec. Te Nicklin and Vin Vin recently won the LCA Law Firm Prize for the Emergent section at Miart 2019, the International Modern and Contemporary Art Fair in Milan. We spoke to Della Corte for his take on the best artists working in Austria at the moment.

As part of his process, Nicolas Jasmin paints layer after layer onto a canvas for days or weeks. Once complete, he uses a laser beam to eliminate the top layers, revealing how the painting was constructed. In the past, Jasmin has then hidden his paintings in boxes.

Jasmin is fascinated with art history and pop culture, often using images from the “collective pictorial memory”, i.e., images that many people around the world easily recognise. While operating under his pseudonym, N.I.C.J.O.B., he created a work in which an organist in a Baroque hall played a song by Missy Elliott. “I find the beautifully manipulative way he recontextualises elements of our collective pictorial memory really interesting,” Della Corte notes. See Jasmin’s work at Croy Nielsen.

Barbara Kapusta – The Creator of Creatures

Kapusta “investigates urgent matters such as diversity, vulnerability, body, materiality” while maintaining a high level of aestheticism, Della Corte explains. With disembodied hands, fluid shapes and broken words, Kapusta’s first solo show imagined a group of creatures who have survived an apocalypse and explored their lives in the world that remained. Kapusta works in multiple mediums, using ceramics, videos and words to tell stories about the vulnerability of broken bodies, tenderness, despair, brutality and the non-existent line between good and bad. Kapusta’s work can be viewed at Gianni Manhattan.

Pale, misshapen figures drawn with coloured pens and neon markers onto aluminium plates, each one representing laziness, gluttony, greed; signs that say “I Dream To Be Inside of You Without You” and “But How Does It Feel”: these are a couple of examples of Saskia Te Nicklin’s works. Te Nicklin exhibits a “consciously pursued clumsy aesthetic”, explains Della Corte, whose gallery represents her. Della Corte adds that some of the themes Te Nicklin explores in her work are “life, death and power games”, as well as the body’s role as an “actor in our contemporary society”. Te Nicklin’s work is currently on display at Vin Vin. 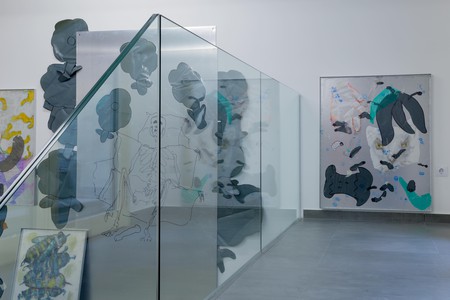 Nicola Pecoraro is an artist who has shown himself to be adept at using various materials, including foam rubber, clay and enamels, from which he has previously created a sculptural fountain, or bamboo sticks, which he used alongside another artist several years ago to fill a room. “[Pecoraro] always achieves an extremely elegant and compact gestural result,” Della Corte says. More recently, Pecoraro has moved away from sculpture and into drawing, examples of which will be exhibited at Ermes Ermes in 2020. 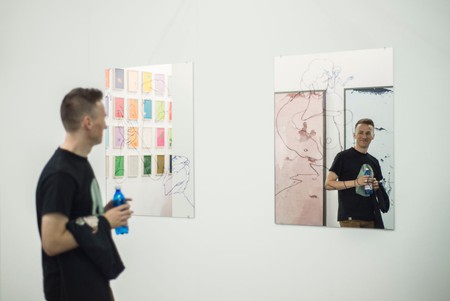 Depicting friendship and the effects it leaves on the soul through the use of steel and latex seems difficult, but Liesl Raff pulls it off, adding tears to a steel table, tangling cords of latex and leaving her fingerprints – literally – on final products. “I appreciate the fluctuation, within her works, between a purely artistic layer and the human one,” Della Corte enthuses. Through her work, which can be seen at Galerie Sophie Tappeiner, Raff finds humanity in the world of objects.