An Expert’s Guide to the Best Art Galleries in Vienna 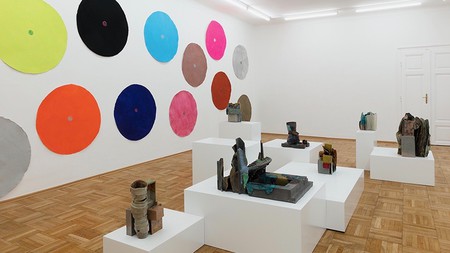 Though small in size, Vienna has a lively contemporary arts scene. Here, galleries maintain strong connections with artists, which translates to thoughtful programming and imparts a palpable personal touch to the Austrian capital’s exhibitions. 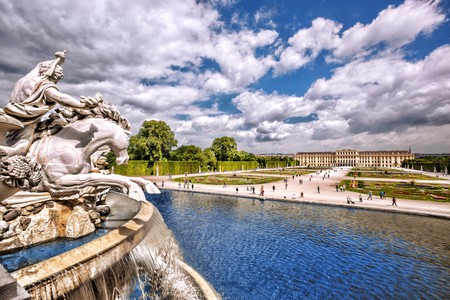 “Galleries are an important element of the work of curating,” says Bärbel Vischer, who has been a curator and head of contemporary art collections at MAK, Vienna’s Museum of Applied Arts, since 2007. 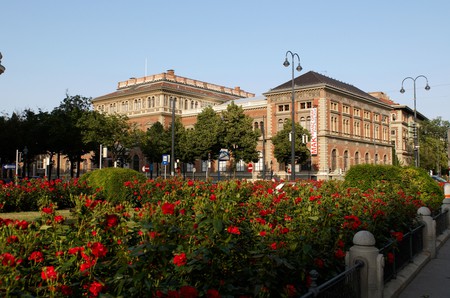 Vischer, who has curated solo exhibitions with Franz West, Liam Gillick and Thomas Bayrle, among others, as well as group shows on themes such as Romanian art and Chinese contemporary art, is in touch with gallerists in Vienna throughout the week, every week. “They’re usually the first to find new artists,” says Vischer, crediting Vienna’s gallerists with seeking out the latest talent.

She also notes that, unlike in Germany, Switzerland or the UK, there are not many art collectors in Austria, so galleries tend to rely on collectors from abroad, giving the city a strong connection with the international scene. One example of this is the Curated By festival, during which international curators are invited to organise shows and exhibitions in Vienna. The long-term, close-knit relationships between artists and gallery owners in Vienna means that the latter are able to develop clear identities.

Here, Vischer shares with Culture Trip her favourite galleries to visit in Vienna. 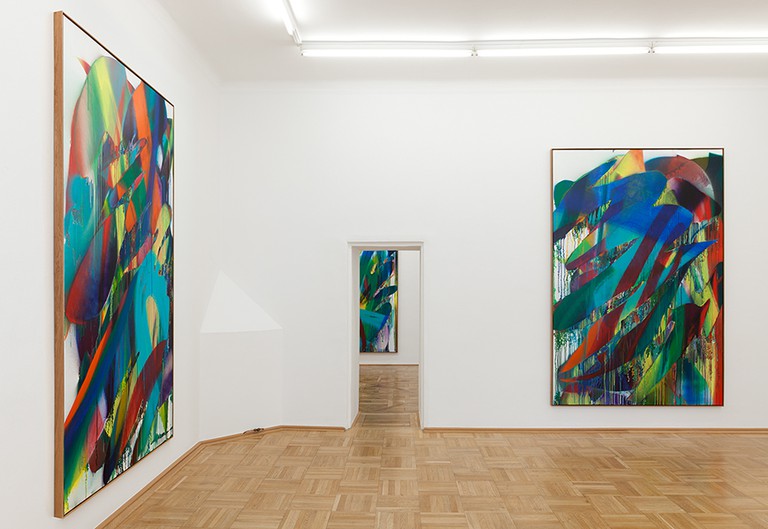 Founded in the 1920s, the name of this place means Gallery Next to St Stephen, referring to its location near the centuries-old cathedral in the centre of Vienna. Vischer describes Galerie Nächst St Stephan, which was the first in Austria to show Minimal and Conceptual art, as “legendary”. Imi Knoebel, Gerwald Rockenschaub, Gerhard Richter and Richard Prince have all had exhibitions here. Today, it shows the work of creatives such as Miao Ying, “one of the most interesting young contemporary Chinese artists”, according to Vischer. Miao, whom Vischer included in a 2019 show at MAK, explores the internet, the “Great Firewall” and smartphones in her work. After visiting the gallery, Vischer recommends stopping for a coffee at Café Prückel, which has a charming 1950s interior and is just a short walk away. “Everyone from the art scene goes there,” she tells us.

Dr Ursula Krinzinger founded her gallery in 1971 in Bregenz. It quickly became popular, so she moved it to Innsbruck, and then to Vienna. Over several decades, Dr Krinzinger has worked with artists who focus on body-related art, such as Marina Abramović and Chris Burden, as well as those who exemplify Viennese Actionism, including Günter Brus and Hermann Nitsch. The gallery is in a former apartment building. “It’s very beautiful,” Vischer enthuses. “[Dr Krinzinger] is in her 70s, but she’s still very active and she has a second gallery in Vienna that’s dedicated to a more experimental programme of artists, called Krinzinger Projekte,” Vischer says. Galerie Krinzinger also runs an artist-in-residence programme with locations in Austria, Croatia, Hungary and Sri Lanka. While in the area, Vischer suggests popping over to grab a drink at Loos Bar, which is a five-minute walk away and “one of the most beautiful bars in the whole world”. 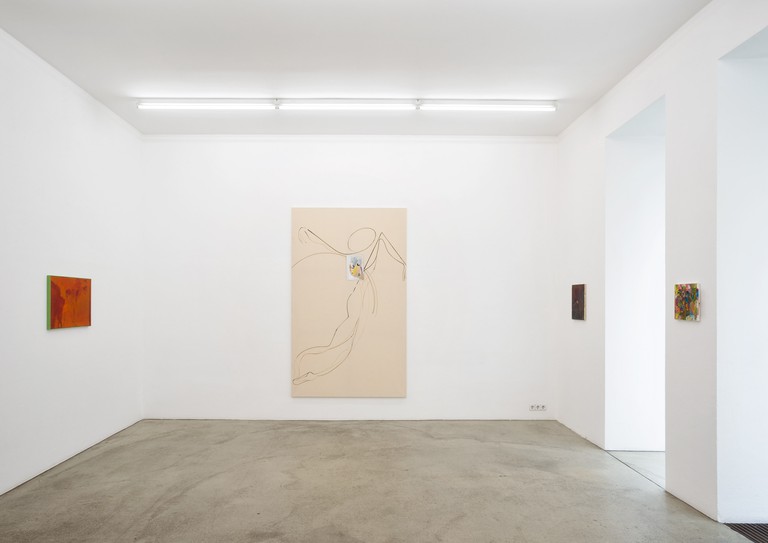 Gabriele Senn Galerie has exhibited the works of important German artists | Courtesy of Gabriele Senn Galerie / Iris Ranzinger
“This was the first gallery in Vienna to show some of the most interesting and important German artists,” Vischer explains, mentioning exhibitions of works by Kai Althoff and Cosima von Bonin in the late ’90s as examples. Althoff recently had a solo exhibition at the Museum of Modern Art in New York, a major milestone, and von Bonin’s work is included in the collections of museums such as Tate Britain, the Stedelijk Museum in Amsterdam, the Museum of Contemporary Art in Los Angeles and the Museum of Modern Art in New York. “Gabriele Senn builds up artists from the beginning of their careers,” Vischer explains. It maintains long-term relationships with international and Austrian artists including Elfie Semotan, Kathi Hofer and Cäcilia Brown. Gabriele Senn is ideally located for art lovers, on a street that’s lined with a number of popular galleries.
Open In Google Maps
1 Schleifmühlgasse, Wieden Wien, Wien, 1040, Austria
+4315852580
Visit Website
Give us feedback 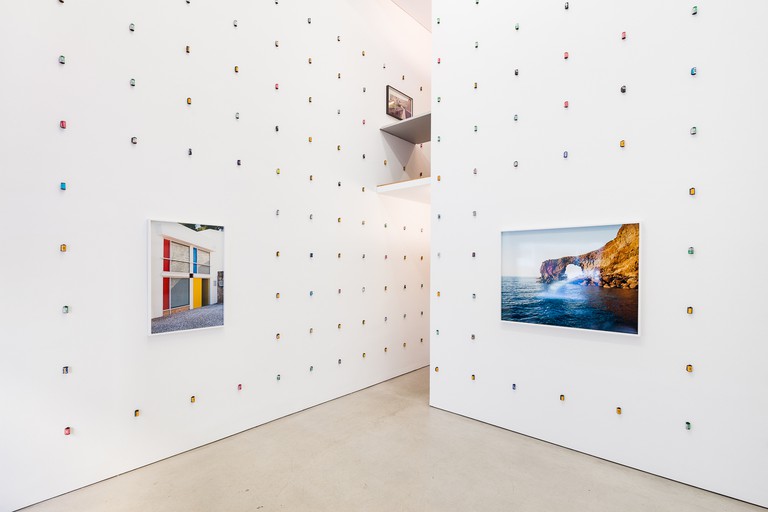 Artists exhibited at Georg Kargl Gallery include Mladen Bizumic | Courtesy of Georg Kargl Gallery
In 1976, two friends opened Gallery Metropol in Vienna. About two decades later, they split their original project into two galleries: Georg Kargl is one, Galerie Meyer Kainer is the other. “They have very poetic, very thoughtful and very conceptual exhibitions,” Vischer says. “It’s inspirational for curators in terms of creating exhibitions.” She explains that unlike many gallerists in other major cities, Viennese galleries such as Galerie Georg Kargl don’t follow the market. “They all try to create their own profile,” Vischer says.
Open In Google Maps
5 Schleifmühlgasse, Wieden Wien, Wien, 1040, Austria
+4315854199
Visit Website
Give us feedback

Of Galerie Meyer Kainer, Vischer says, “They have a very contemporary programme with international and Austrian artists.” She describes the exhibitions here as “very fresh”. Galerie Meyer Kainer often exhibits the work of new artists, such as Verena Dengler. “She’s a young Austrian artist, and she’s fantastic,” Vischer says. It also represents those who are more established, including Franz West, Heimo Zobernig, Liam Gillick, Yoshitomo Nara and Raymond Pettibon. The gallery puts on special exhibitions and concerts; for example, a 2016 event showed a collection from the fashion label Atelier E.B.

“His programme focusses on Conceptual art, but with a poetic force,” Vischer says of Martin Janda. The gallery features international artists and works in media like painting, drawing, film and video, photography, sculpture and installation. Vischer notes that Janda is one of the few gallerists in Vienna to work closely with Eastern European creatives, including Roman Ondak, a Slovakian artist who has a studio in Bratislava. Martin Janda’s gallery is on the same street as Galerie Meyer Kainer.

A two-storey space, Galerie Emanuel Layr has “a very young, very ambitious programme”, says Vischer. Layr works with young international newcomers and builds them up, she tells us, citing artists such as Lili Reynaud-Dewar and Anna-Sophie Berger. Layr“works with an older generation of artists” too, in an intermingling of generations that’s at the core of the gallery’s approach to its programme. 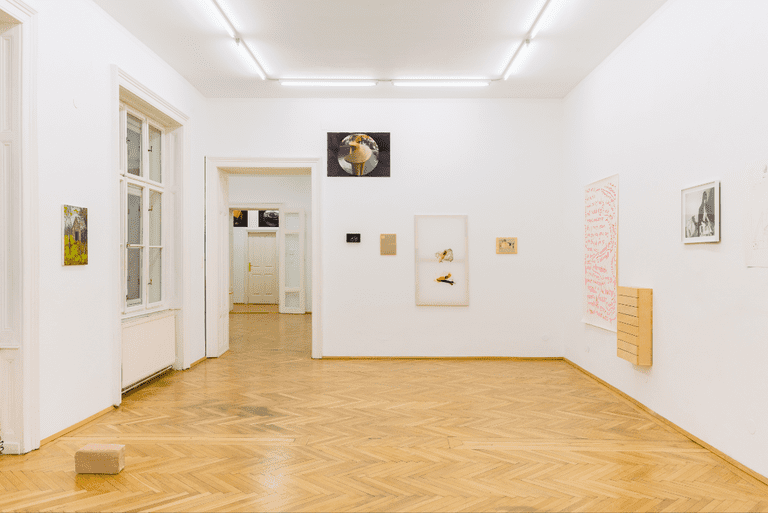 With previous exhibitions including Femme Maison (2019), which featured large-scale paintings and photographic prints of female celebrities with their children, and Post-Apocalyptic Formation 1 (2019), a show about catastrophe, Felix Gaudlitz clearly embraces the contemporary. “He has beautiful exhibitions,” Vischer says. Felix Gaudlitz plays an important role for other curators in Vienna, such as Vischer, by discovering fresh talent. “They’re very close to their artists,” Vischer says.

Driven by the goal of providing exposure to new artists, Vin Vin plays an important role for collectors and curators by doing work akin to talent scouting. “They bring in really young international artists,” Vischer explains. The gallery, which opened in 2016, participates in fairs abroad, in cities such as Turin, Verona, Milan and Warsaw. “These galleries are important for art students who study here in Vienna,” Vischer says.