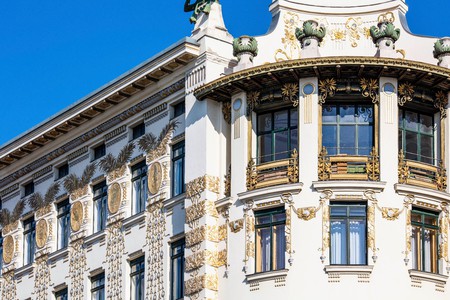 Characterised by lavish and organic ornamentation, the Art Nouveau movement blossomed in Vienna at the turn of the 20th Century, with influential Austrians architects Otto Wagner and Adolf Loos making significant architectural contributions that helped shape the city’s skyline as we see it today. This tour takes you around a few highlights, starting with the splendid Secession building and ending up at the Naschmarkt.

The generously decorative style of Art Nouveau feels very much at home in Vienna, where, among the Baroque and Gothic buildings, elaborate edifices are not out of place. Some of the city’s most recognisable landmarks and tourist hot spots feature the style, including the pavilions and bridges that surround the U4 U-Bahn line, formerly known as the Stadtbahn. This is a place to start your tour, outside the old entrance to old Karlsplatz station. Designed by Viennese Otto Wagner, the Stadtbahn Karlsplatz pavilions, now an exhibition space and a café, were created using marble and adorned with golden steel engravings, and are prime examples of the ostentatious spirit seen in Art Nouveau architecture. 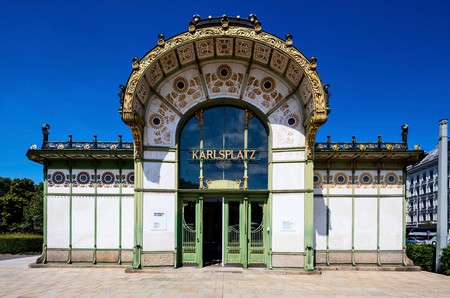 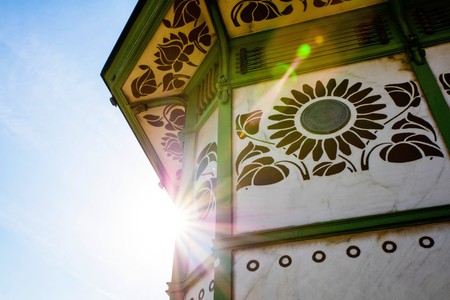 Now, if you cross the road, you’ll continue onwards to the main event; the epitome of Art Nouveau architecture and one of the city’s finest galleries, the Vienna Secession. Showy in style, this building is wonderfully unapologetic in its boldness, immediately recognisable from the giant laced leaf shimmering orb, known as the ‘golden cabbage’, that shines proudly above the entrance with text that reads ‘to every age its art, to every art its freedom’.

The gallery’s origins date back to 1896 when a group of artists and architects, including Otto Wagner and Gustav Klimt, banded together to form the Secession, an association that sought to reject old-fashioned forms of art and present progressive ideas. The building, constructed in 1898 by architect Joseph Maria Olbrich and given the same name as the association, was one of the first in Europe to primarily feature modern art and today acts as an ode to Art Nouveau, celebrating its ornamental nature inside and out. 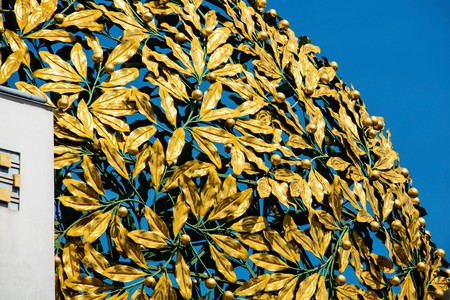 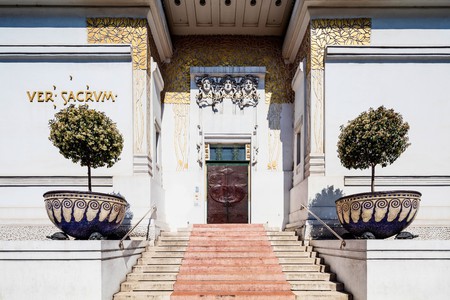 Once you’ve had your fill at the Secession, head along to the nearby Naschmarkt, Vienna’s sprawling food and fleamarket, for a bite to eat and admire the apartment facades that line the street either side, including some of Otto Wagner’s most beautiful architectural works; the apartment building at Number 40, Linke Wienzeile No. 40. Standing out among the grey with a rosy facade and golden vines creeping up the floral pattern, this an exquisite example of Art Nouveau architecture, woven seamlessly into the city’s ordinary apartment stretches. 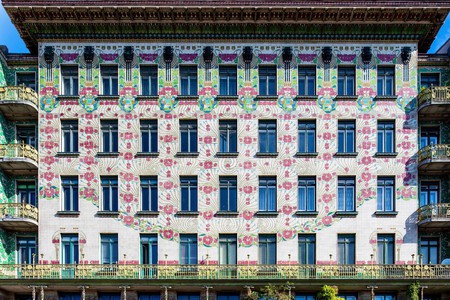 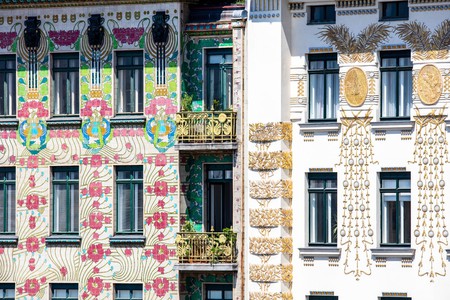