An Alternative Guide to Vienna 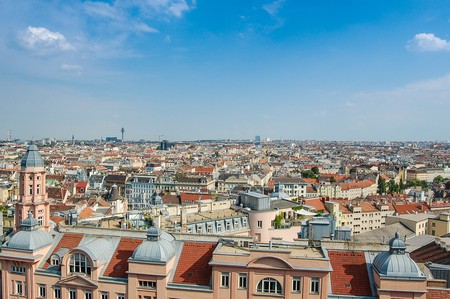 When abroad, it can be difficult to divorce yourself from the well-trod tourist track. Many people arrive in Vienna with visions of strudel, schnitzel, classical music, and good beer. Although these things are undoubtedly wonderful perks of the city, and shouldn’t be avoided, taking a leaf out a local’s book shouldn’t go amiss either.

Swim in the River Danube

During the summer months in Vienna, there is an abundance of unusual, authentic Viennese activities you can absorb yourself in. The Danube, a thick vein of a river that runs through Germany, Austria, Slovakia and Hungary, acts as a refuge from the stifling heat that hits Vienna in the summer and is a frequently visited spot for locals, who sip cans of beer and submerge themselves in the cooling waters. The Danube Island is a favourite spot and has a family beach and a climbing park.

If the exhibitionist inside you feels like emerging, then look no further for Vienna is not a city for prudes. One bank of the river is dedicated to the nudists, who strip off during the summer months for a nice, even tan. If swimming isn’t your forte, then take a bike ride along the river bank – you can even go all the way to Bratislava and beyond if feeling spritely. 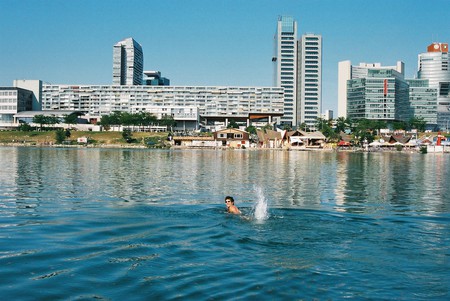 This is a vibrant, developing and multicultural area of Vienna with a loud and colourful market at the weekends. The Yppenplatz piazza is frequented by locals, who hang out and sip espressos in the summertime. Try out Wetter, a restaurant that was formerly a laundrette, and still maintains an industrial design concept, serving Ligurian food, from Italy.

Walk among the vineyards and eat like a local

Go for a ramble in the hills among Vienna’s vineyards around Kahlenberg and end up at one of the cosy Heurigers, where you can indulge in a traditional Austrian dish and sample the speciality Viennese wine, Gemischter Satz. Head up to Bellevue-Höhe, where you can stand at the spot that was supposedly the Austrian neurologist Sigmund Freud’s favourite haunt for philosophising – it is rumoured to be the place where he devised his infamous theory of the unconscious mind. Have a ponder yourself while gazing over the modest city skyline below. 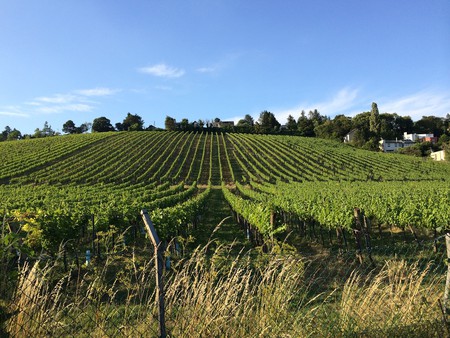 Vineyards in Vienna's hills | © lafilledevienne / pixabay
Give us feedback