From the Vienna Secession to a Rationalist revolution, Adolf Loos paved the way to Modernism. From humble beginnings in Moravia to widespread international acclaim, Loos was one of the first architects to abandon excessive architectural decoration. Here’s a look at an individual who redefined architecture for the modern age, developing his own unique style born of a love of ultimate simplicity. 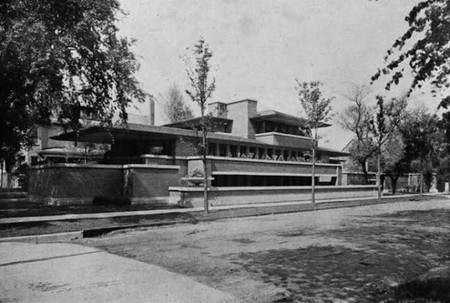 Born in 1870, in the midst of the Austro-Hungarian Empire, Adolf Loos resembled a Victorian gentleman. His ideas however, were far from traditional. He travelled to Chicago – where he likely came into contact with Frank Lloyd Wright and Skyros – and was impressed by the simple cubic-architecture of the Greek islands. From the beginning of his break with Secessionism, both locations became significant inspirations for his aesthetic.

‘Smooth and precious surfaces’ – these four words are the essence of Adolf Loos and his approach not just to architecture, but to everything (even gingerbread). In his lecture of 1910 entitled Ornament and Crime, Adolf Loos made his opinion clear: he would rather eat plain gingerbread than ‘one shaped like a heart, or a baby, or a Cavalryman’. However there is more to Ornament and Crime than Loos’ taste in biscuits. Adolf Loos expressed his intention to break from the Vienna Secession and their ideas of decadent decoration in pursuit of the simple, the plain, his vision of ‘smooth and precious surfaces’. 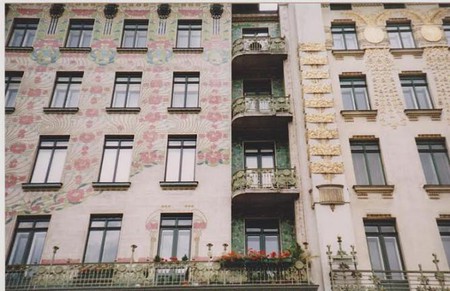 Loos broke away from his contemporaries, such as Gustav Klimt and Otto Wagner – designer of the floral confection of Majolica House (1898) – to pursue his own unadulterated, pure form of design. Haus Steiner (1910) is an early, yet conclusive demonstration of his Spartan aesthetic. Here Loos begins to eradicate any hints of ornamentation. Although he maintains a frontal symmetry and a contrasting roof colour, he begins to dissolve ideas of regularity and pattern on the side walls of the building. Windows rhythmically pierce the stucco walls in differing shapes and sizes, each one placed exactly where it is needed.

At this time Loos very much embodied a Rationalist Architect. His architecture was stripped of decoration to leave the purity of functionality. However Loos was perhaps more avant-garde than his contemporary Rationalists – a sense of order was of lesser importance to Loos than creating a fluid spatial construction.

At the heart of the Rationalist idea was the concept that ornamentation would degrade with time. They believed that decoration was irreparably linked to taste and with the changing of taste the building lost its inherent aesthetic value. This was borne from the idea of two forms of beauty: a lesser emotional beauty, subject to changing fashions, and a higher beauty that through purity becomes both timeless and universal. In his title, Ornament and Crime, Loos conjures images of the murdering ornament, cutting short the life of otherwise enduring objects, rendering them obsolete and unwanted – it is exactly this, that he was striving to avoid in his architecture.

Haus Scheu (1912) takes the form of a great ziggurat (stepped, terrace construction) and is notable for its overt use of the flat roof, which at the time was still very much unheard of. The severe aesthetic of Haus Scheu lead to numerous complaints following its construction. In fact, Loos was ordered to grow ivy around the building to dampen its reverberating impact. Despite the constricting ivy, Haus Scheu exemplifies personal liberty. The terraced roofs can be accessed from every bedroom, reflecting avant-garde values of the liberated body outdoors. 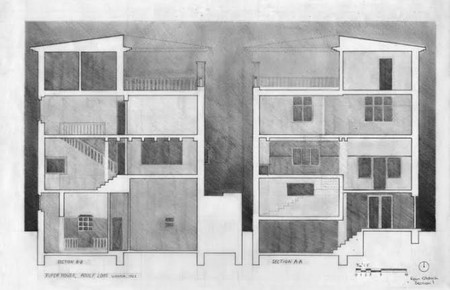 Loos was a contemporary of artists such as Ernst Ludwig Kirchner, another anti-secessionist. Kirchner’s Bathers at Moritzburg demonstrates the importance of freedom to avant-garde artists and architects at this time. Extending the love of the outdoors in Haus Rufer (1922), Loos brings the landscape inside. In this build, a single floor is comprised of varying surface levels. On the second floor, the living and dining areas are provided with separate levels connected by a small series of steps. However, the difference in floor height does not totally interrupt the flow of the building. The living and dining areas are open plan, creating a free space, whereas the study is a separate, private room, disconnected from the other areas. The terrace on this level is an outdoor space carved from the indoors, with the floor above overhanging the space. In this way he brings the outdoors inside, blurring the lines of not only floor plans, but of walls as well. 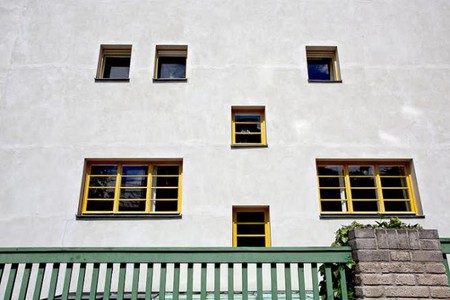 Villa Müller (1930) is a culmination of Loos’ style. He unites the irregular pierced windows of Haus Steiner, the terraces of Haus Scheu and the multi-level floors of Haus Rufer. Yet Villa Müller is not a compilation of borrowed elements, Loos injects the austere build with colour. The vibrant yellow window frames belie a riotous interior of colour. You enter through glossy emerald green walls with fire-truck red radiators, but the rooms are eclectic. Some rooms take on a country-house vibe with chesterfield sofas and Persian carpets, others are sleek and Scandinavian with naked wood the colour of ochre whilst the summer dining room appears almost oriental. This juxtaposition of styles and eras enhances each space, creating an intense contrast where every room is a surprise in itself.

Adolf Loos was a true radical with a love of simplicity and a yearning for freedom. After breaking with tradition, he redefined the timelessness of architecture, paving the way for architects such as Le Corbusier with their sleek, refined Modernism of the 20th century. Ferociously, he rejected ornament in favour of purity of form, declaring ‘to me, it tastes better this way…behold, the time is at hand, fulfilment awaits us. Soon the streets of the cities will glow like white walls! Like Zion, the Holy City, the capital of heaven. It is then that fulfilment will have come.’