A Look at the Timeless Sophistication of Vienna's Old-World Coffeehouses

| © Cafe Sperl
There is so much more to Viennese coffee culture than espresso and cake. First emerging around the 19th century, these coveted cafés developed to be distinct fixtures in the city that are unique to Vienna and impossible to replicate.

Coffee Shop, Restaurant, Austrian, $$$
© Hackenberg-Photo-Cologne / Alamy Stock Photo
One of the most authentic, as it has largely remained unchanged since opening in 1880, is Cafe Sperl—a time capsule of an establishment that emulates an elegant, yet worn around the edges, charm.

The special atmosphere of Sperl is created by a blend of the soothing smell of coffee, the unmistakable Viennese décor of parquet flooring and sofas of faded fabric, and the smartly-clad waiters wearing wry expressions. Although the other houses possess a similar sense of sophistication, the Sperl is particularly special as it is the only one that has never been rebuilt or modernized. Austrian culture is conservative in many ways but this is one element of their dedication to tradition that can be forgiven.
More Info
Open In Google Maps
11 Gumpendorfer Straße, Mariahilf Wien, Wien, 1060, Austria
+4315864158
View menu
Visit website
Visit Facebook page
Send an Email
Give us feedback

Cafe, European, Austrian, $$$
Café Hawelka is located in Vienna’s prestigious first district | © Priwo
Cafe Hawekla’s legacy dates back to the 1930s, when Leopold and Josefine Hawelka set up their first cafétier on Baeckerstrasse. This little coffee shop, then known as Cafe Ludwig, would go on to become a household name, attracting various notable intellectuals and artists through its doors during the 50s and 60s (Andy Warhol and Arthur Miller reportedly visited), establishing itself as one of Vienna’s finest coffee houses. Besides the addition of a few necessary mod cons, the interior has stood the test of time and much of the original furniture, including marble tables and Thornet armchairs, remains today.
More Info
Open In Google Maps
6 Dorotheergasse, Innere Stadt Wien, Wien, 1010, Austria
+4315128230
View menu
Visit website
Visit Facebook page
Send an Email
Give us feedback

Cafe Central counts some impressive names among its former clientele—Sigmund Freud, Adolf Loos, and Leon Trotsky are among some of the most famous visitors. Favoring grandeur over coziness, Cafe Central’s interior boasts swooping marble arches and polished parquet flooring, making it one of the most distinguished coffee houses.

Coffee Shop, European, Austrian, $$$
Established in 1908, this low-lit, intimate joint has a rustic, old school charm that attracts Vienna’s younger crowd, who take advantage of it being one of the last remaining cafés in which you can smoke inside. The interior is relaxed and dainty, with cozy corners and intriguing antique posters.
More Info
Open In Google Maps
8 Capistrangasse, Mariahilf Wien, Wien, 1060, Austria
+4315861317
View menu
Visit website
Visit Facebook page
Send an Email
Give us feedback
Mon - Thu:
8:00 am - 12:00 am
Fri - Sat:
8:00 am - 1:00 am
Sun:
10:00 am - 11:00 pm

Known as “Vienna’s foremost cafe on the Ringstrasse,” Café Schwarzenberg has stayed true to tradition throughout the years, preserving the old style Viennese with precision. As well as treating its guests to fine coffee and cake, there is a colorful cultural calendar of music events, readings, and private viewings. 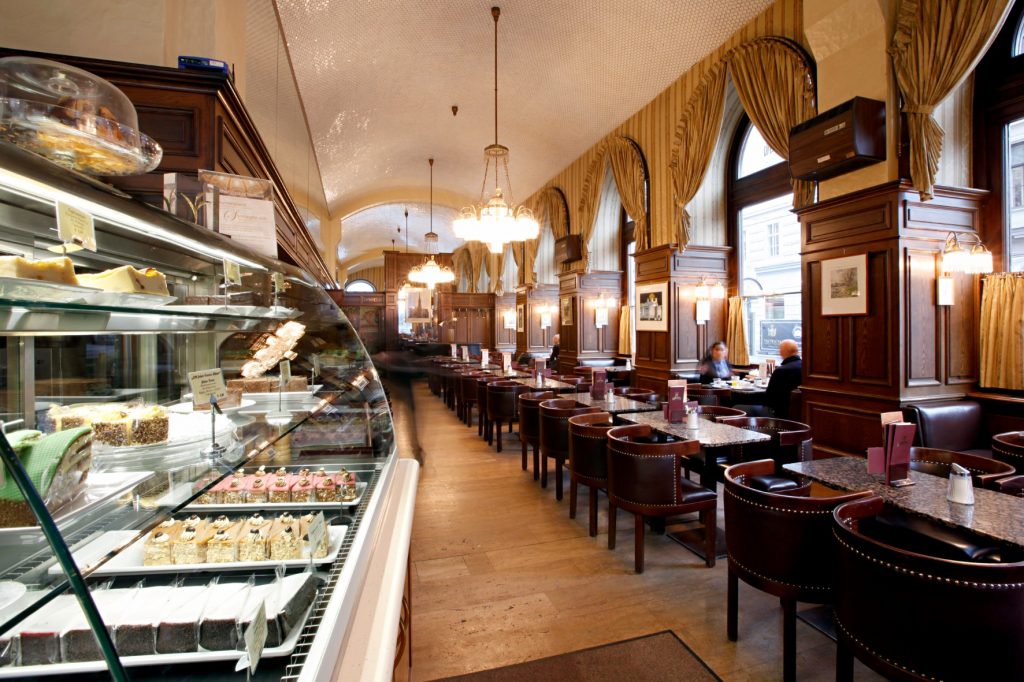 Exquisite Viennese coffee and cakes have been served here since the 1800s, its past regulars including Gustav Mahler and the critic Karl Kraus. Today this elegant, listed coffeehouse has a reputation for serving one of the city’s best and most authentic Wiener Schnitzels.

This elegant institution, named after Austria’s most beloved resident, is the setting in which Graham Greene wrote his novel, The Third Man and was a hugely popular stomping ground for a whole host of musicians and intellectuals throughout the 19th century—unsurprising, given its close proximity to the Vienna State Opera House. Predominantly frequented by tourists today, Cafe Mozart is a timeless establishment with a strong legacy and classic Viennese charm. 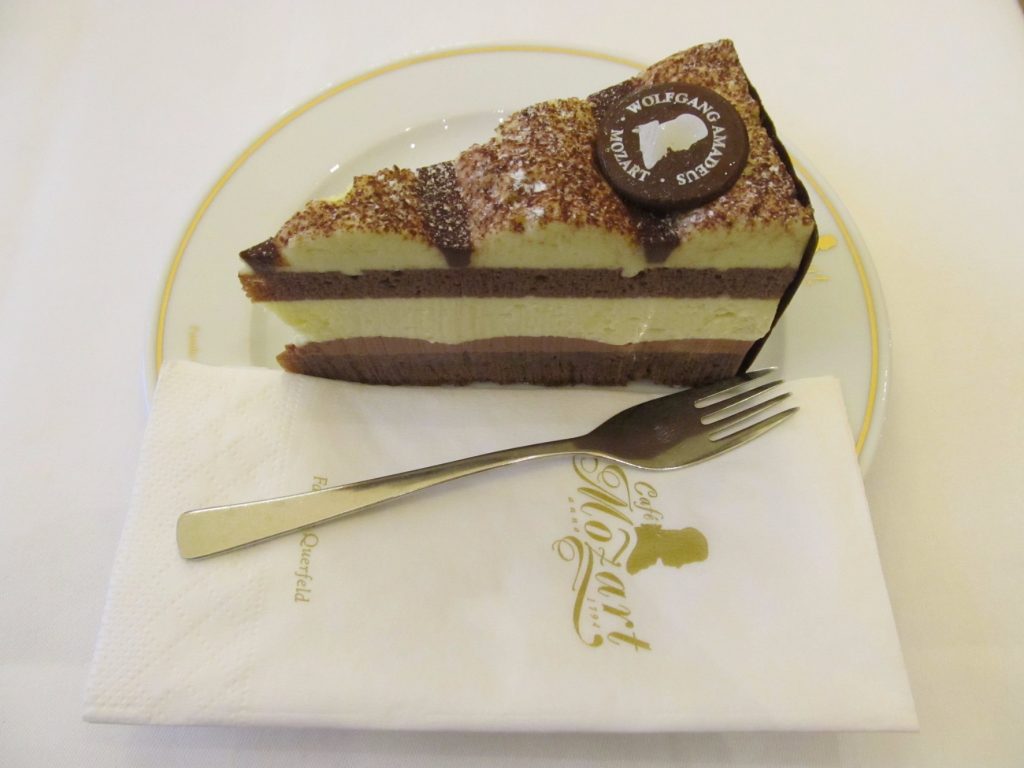 One of the cakes at Cafe Mozart |© dobihristov / Flickr