A Brief History of the Sachertorte, Austria's Dreamy Chocolate Cake 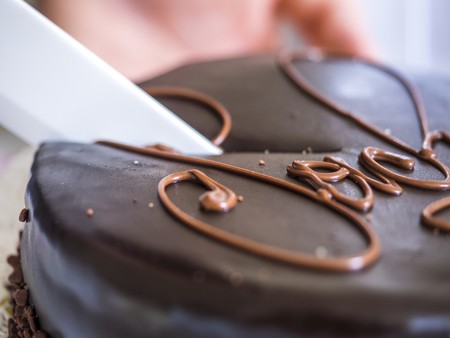 Coming close in at second place in the contest of Austria’s favourite culinary specialties, succeeded only just by the ubiquitous apfel strudel, is the darkly rich, showy sachertorte. Austrian chef Franz Sacher dreamed up the dessert in the 19th century, creating a simple yet indulgent recipe of chocolate cake laced with a thin slither of apricot jam running through the middle. Here is a guide to the dessert.

Recognisable from its shimmering mirror glaze, and a neat disc of solid milk chocolate on top, the cake is found all over Austria, sitting proudly behind glass counters of bakeries. A sachertorte is only a true sachertorte if served with a generous helping of thick cream, helping to counteract its somewhat dry texture.

The authentic recipe is a preciously guarded secret, developed in 1832 by Franz Sacher, who aged just 16 at the time of its creation, was working as an apprentice at the court of Prince Metternich. Rumour has it, the talented young chef pulled the recipe out the bag while under pressure to create a new dessert for the prince and his guests. The sachertorte was born and became an instant success. 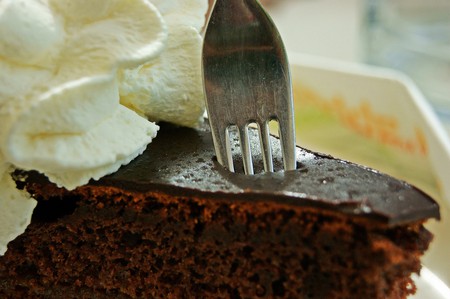 Fork in the sachertorte | Pixabay

Later in 1876, Franz’s son, Eduard Sacher, opened a luxury boutique hotel in centre of Vienna and decided that the cake created by his beloved father should become the trademark of the hotel, sharing the family name of Sacher.

Many counterfeit versions exist and in the 20th century, the torte was caught up in a complex legal battle between Hotel Sacher and Demel Bakery, who quarrelled over who was the true holder of the stamp of ‘The Original Sachertorte’. In the end, after a long and arduous war, the case was settled outside of court, with Hotel Sacher ultimately coming out on top when they were granted the legal rights to ‘The Original Sachertorte’.

I had a lot of fabulous bday treats today, but the Sacher torte my mom ordered direct from the Hotel Sacher in Vienna takes the cake. #sachertorte #wien #vienna #dasoriginal #hotelsacher A post shared by Suzanne Klein (@teafoodie) on Feb 14, 2017 at 8:31pm PST

December 5 is National Sachertorte Day in Austria, so, if you happen to visit Vienna around this time be sure to participate by popping down to Hotel Sacher to indulge in a slice of this acclaimed, glorious dessert.