A Brief History of the Apple Strudel 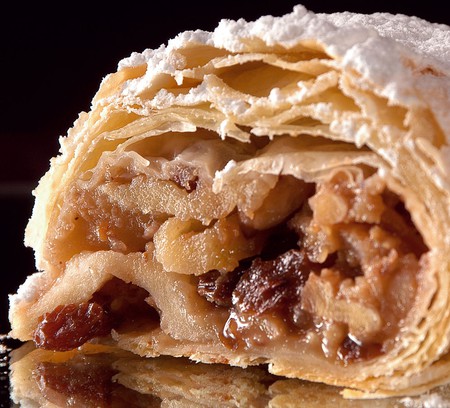 Meaning ‘whirlpool’ in its mother tongue, due to the characteristic swirl of pastry and apple filling that is visible when you cut a slice, this iconic dessert is one of the national dishes of Austria. But what’s the story behind this tasty treat?

Frequently mistaken as being of German origin, this comforting confectionery has its roots in the 17th century, with the first known handwritten recipe for a milk strudel dating back to 1696, surviving in the halls of the Vienna Town Hall Library. Although the dessert is now considered a proud patriot of Austria, and formerly of the Austro-Hungarian Empire, it is likely that cultures collaborated during its original creation, as the thin layers are reminiscent of many Turkish pastry recipes, such as Baklava. 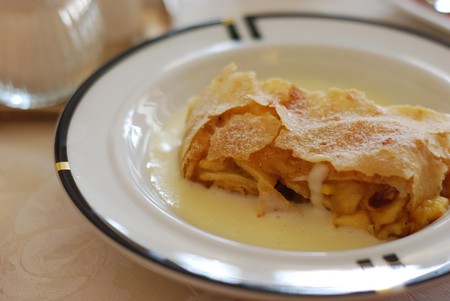 How is it made?

Building a strudel is an art. After flogging and stretching the unleavened dough to make it thin and elasticated, the filling (most commonly grated apple and brown sugar, lemon, cinnamon and nuts) is added intermittently between pastry layers in order to create the ‘whirlpool’ effect. Lastly, it is baked to glorious golden perfection and then dusted with icing sugar when cool.

Those who wish to master materialising strudel should consider taking an expert-led course at the bakery of Cafe Landtmann, or simply enjoy a voyeuristic experience by watching the Strudel show, taking place on the hour in the bakery of Cafe-Restaurant Residenz on the grounds of Schönbrunn Palace. 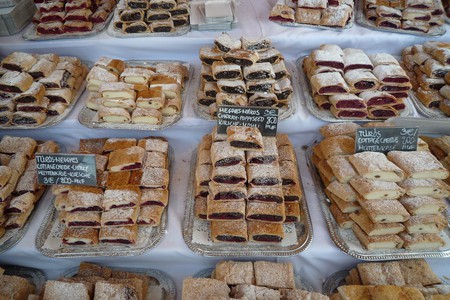 How Should It Be Eaten?

Ideally, strudel should be enjoyed in the traditional surroundings of a Viennese coffee house, accompanied by a generous dollop of whipped cream or vanilla custard and a strong cup of espresso. Although apple will be the be the most common variety you encounter, fillings that you may also come across include; cream cheese (known in Vienna as Topfenstrudel), berry, potato or spinach. 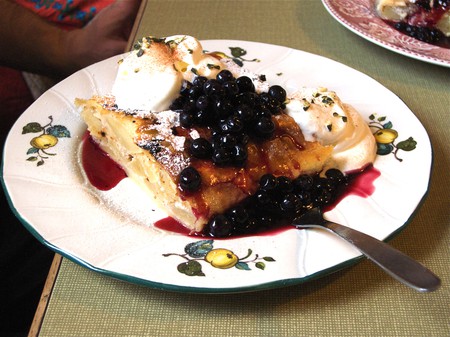 Apple strudel with blackcurrants | © Björn Láczay/Flickr
Give us feedback