7 Films to Make You Fall in Love with Austria 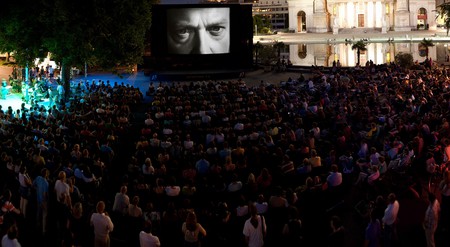 Fall head over heels with these seven cinematic wonders set in Austria. Be beckoned by Salzburg’s glorious mountainous scenes in The Sound of Music (1965) and let yourself feel beguiled by Before Sunrise (1995) as it captures Vienna’s romantic side.

This is a simultaneously beautiful and bleak portrayal of Vienna. Largely set in the glorious Kunsthistorisches Museum, the story follows lonely museum guard, Johan, after he befriends a guest, Anne, who is visiting Austria due to a family emergency. The two attempt to navigate themselves through tough times — using art as a way of making sense of the world around them.

One of the most successful German-language films ever made, Sissi was a triumph when it premiered in 1955. The first of a trilogy of films, this comedy tells the story of Austria’s ill-fated heroine, Empress Elisabeth — more commonly known as Sissi. Filmed at many of the locations that the empress frequented, such as Schonbrunn Palace, this gives an interesting insight into Vienna’s Imperial days.

Two strangers meet on a train and decide to get off in Vienna together, embarking on an evening of philosophical chit-chat and romantic sightseeing. Beautiful shots of the city’s landmarks — including the Vienna State Opera, the Cemetery of The Nameless and the Wiener Riesenrad (where the pair share a kiss at sunset) will entice you towards Vienna. Before Sunrise, directed by Richard Linklater, premiered at the 1995 Sundance Film Festival and was highly praised by the critics.

With incredible shots of idyllic mountainous Salzburg, this 1965 musical helped shape our modern vision of Austria. This heartwarming tale follows Maria and the Von Trapp family on a musical journey through wartime Austria. Based on a true story, this film will make you want to prance and trill through Austria’s dreamy rural lands, surrounded by Edelweiss.

Set in Vienna during the late 18th century, Amadeus tells the story of Austria’s classical music poster boy; Mozart. The strained relationship between Mozart and his rival Italian composer Antonio Salieri is at the core of the film, suggesting that Salieri was fraught with jealousy over Mozart’s success. Winning 40 of 53 nominated awards, the film was a huge critical success when it was released in 1985.

With stunning shots of Vienna in black and white, The Third Man is a true iconic masterpiece. Written by English novelist Graham Greene, this cinematic heavyweight is set in occupied Austria and takes you on a unique tour of some of the capital city’s landmarks and underground sites — such as the sewer system. Atmospheric and gripping, the film will stir your intrigue for Vienna and its past.