11 Inspiring Women to Know From Austria 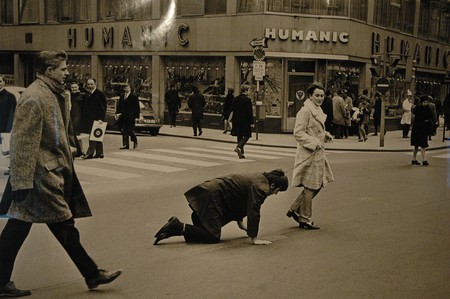 Whether creative, athletic, or using their platforms to promote awareness and action, many women in Austria are making a name for themselves. From feminist writers and avant-garde visual artists working in heavily male-dominated industries to a savvy blogger advocating a green and sustainable lifestyle, here are just a few incredible women from Austria to keep track of.

Half-Iranian Sofie Fatouretchi started her career at an early age. Having played the violin since the age of four, she originally specialized in classical music. However, the 25-year-old musician has changed direction drastically and is now gaining a reputation for being one of Austria’s hottest DJs. Known for playing an eclectic mix of hazy beats, psych, funk, dusty grooves, and rare tape rap, she is currently based in Vienna and has already played at some of Europe’s notable venues including London’s famous Boiler Room.

Austrian mountaineer Gerlinde Kaltenbrunner deserves to be admired for a number of reasons. She is the second woman to climb the 14 eight-thousanders (the 14 independent mountains worldwide that are more than 8,000 meters above sea level) and the first woman to do so without the use of supplementary oxygen or high-altitude porters. She was also awarded the National Geographic Explorer of the Year Award, one of the most prestigious awards in the field of mountaineering. She is a wonderful role model for female athletes and for ambitious women in general. 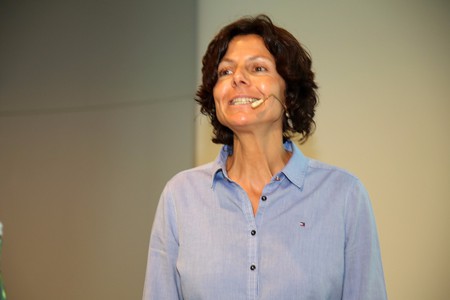 Originally from Somalia, Waris later settled in Austria, gaining Austrian citizenship in 2005. Model, author, actress, and social activist, Dirie previously worked for the UN as a Special Ambassador for the Elimination of Female Genital Mutilation. From modeling for L’Oreal to being appointed Peace Ambassador for the Year of Peace and Security by the African Union, her career has been diverse, admirable, and exciting.

Born in Styria in 1946, Jelinek is one of Austria’s most celebrated novelists and playwrights. Her work focuses on themes of feminism and social criticism while exploring Austria’s complex history with fascism. Her work has been considered controversial, often dividing the opinion of literary critics. In 2004, she was awarded the Nobel Prize in Literature for her novels and plays; however, she did not attend the ceremony in person.

Sustainable lifestyle blogger Maddie, AKA Daria, is a self-made woman and an inspiration for younger women all around the world. Maddie, who is based in Vienna, is the mastermind behind one of the most popular blogs in the German-speaking world and has dedicated her time to writing about how to be more green. Check out her popular blog here.

Iconic artist Valie Export first made waves in the industry with her controversial, feminist performance pieces. She is now well renowned in the art world and has work featured in cities and galleries all around the world including Centro Pompidou, Paris, Tate Modern, London, Reine Sophia, Madrid, MOMA, New York, and the MOCA.

One of the Austria’s most acclaimed photographers, Marina Faust’s work is displayed at Vienna’s Contemporary Art Tower. See more of her work here.

Sculpture and visual artist Eva Grubinger was born in Salzburg in 1970 and is now recognised all over the world for her work. Grubinger, currently based in Berlin, tends to work with familiar objects, transforming them to make them unrecognisable to the viewer. A past professor of Sculpture—Transmedial Space at Kunstuniversität Linz, she is currently a guest professor at the Academy of Fine Arts in Düsseldorf, Germany. 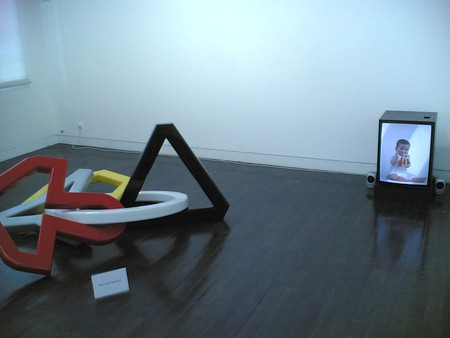 Originally from Turkey, Nilbar now lives and works in Vienna. Güre’ş work explores the intricate relationship between women and their homes and public spaces as well as the interactions between women themselves. She works with a variety of mediums including painting, video, and performance. Explore more of her work here.

Provocative Vienna-based ornament designer Nina Levett’s work explores society and relationships. In addition to working independently, she creates illustration installations for clients such as Blickfang, for whom she prepared the ‘Believe Liar’ installation. Her works can be found at the Austrian Museum of Applied Arts in Vienna, the Alessi Museum in Milan, and in art galleries and fairs across Europe, Asia, and the US.

Müller is a remarkable, forward-thinking contemporary visual artist, self-described as ‘an artist who has created a feminist, theoretical, and frankly activist body of work that situates art-making as a means to (en)action’. She is a member of the New York-based feminist genderqueer group LTTR as well as an editor of its eponymous journal. She also represented Austria at the Cairo Biennale in 2011. Check out her work here.