10 Souvenirs to Pick Up in Innsbruck 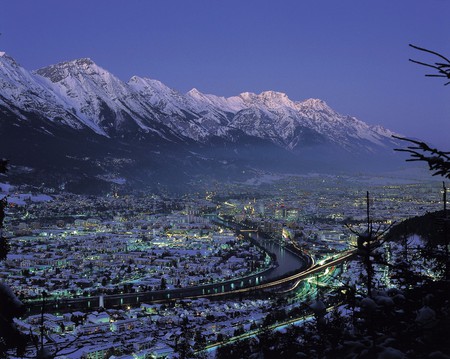 From smoked Tirolean ham, to delicious, homemade sweet treats – here are some of the best and most unusual treats to pick up on your trip to Innsbruck.

In the months leading up to Christmas, Innsbruck transforms into a magical winter wonderland, with markets popping up around the city bringing much-needed seasonal cheer. Some unique items you can pick up include tree hangings, wooden puppets, snow globes with a mountainous scene inside or Tracht-clad animals, all delicately and lovingly handcrafted. Try the market outside the Golden Roof in the Old Town for an authentically Austrian experience. 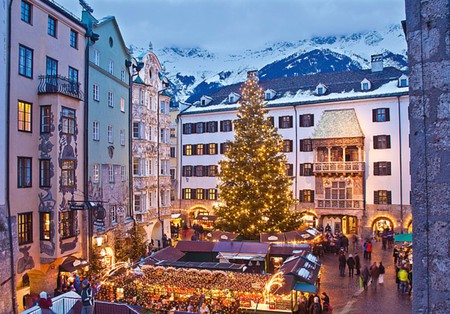 Locally made honey, or Honig as it’s called in German, is always a charming souvenir to take back with you to remind you of your time away. Pick up some of the golden stuff from local beekeepers at one of the farmers’ markets, such as the Saturday market at Wilten Square. 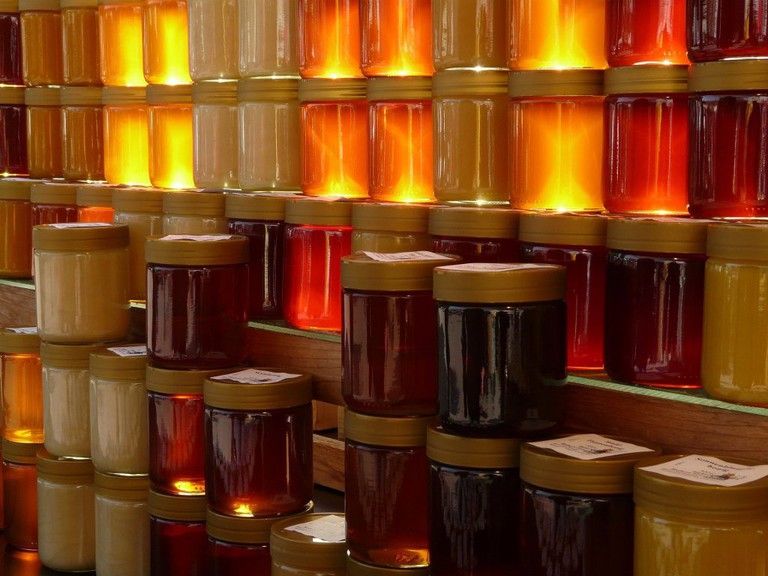 House shoes are considered an imperative in many Austrian households, especially when the snow starts to fall outside. Doggln are traditional slippers, made from felt, that are among the most frequently sported in Innsbruck and around the rest of Tyrol. You can find them at markets or shoe stores around the city.

Tirolean bacon – a type of ham flavoured with the sharp zing of juniper berries – can be picked up at farmers’ markets or in village butcher shops. The Market Hall farmer’s market, taking place Monday-Friday has many stalls where you can sample this specialty and the Farmers’ Market at Sparkassenplatz Square also has a wide variety. Some locals claim that the secret to perfecting the meat is the time given to the smoking process. As it usually comes conveniently vacuum packed, smell-free transportation shouldn’t be too much of an issue. 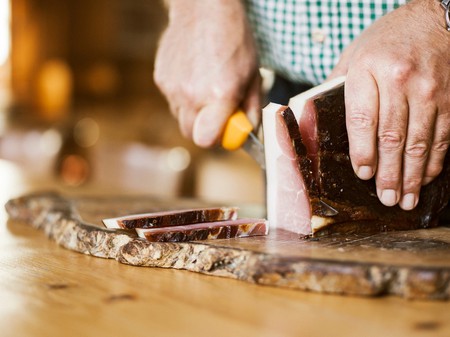 Liquor is a stable in Tirolean households, used as a warming remedy in the chilly months. The Christmas markets in Innsbruck offer the opportunity to pick up some home-brewed Schnapps, or if you’re not visiting during the seasonal months, then head to Culinarium in the Old Town – one of the city’s biggest suppliers of fine Austrian fruit brandy, wine and various foodie treats.

Tirolean grey cheese, named as such for the grey mold that grows on the rind, possesses an incredibly pungent aroma, therefore you’ll want to make sure it’s securely wrapped before taking it on the plane. Traditionally served with vinegar, oil and occasionally onion, or in a soup – it is a boldly flavoured cheese that is usually created by farmers in the Alps. 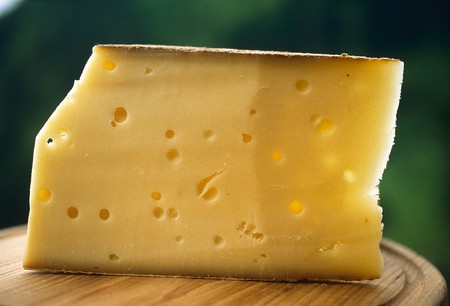 Tiroler Edle chocolate is a gourmet sweet treat from Landeck in Tirol. It’s a rich and bittersweet, high-grade chocolate, packed with yummy fillings, such as walnuts, caramel or nougat. For a huge variety of confectionary, try Arko beneath an arch Herzog-Friedrich-Straße, one of Innsbruck’s biggest sellers of all things sweet.

This peculiar, otherworldly grassy mound, located just outside Innsbruck, is the gateway to a blindingly glitzy underground museum that holds dazzling crystals, where you can pick up some sparkling souvenirs. Founded in 1995, to celebrate the anniversary of the company being founded, the ‘crystal world’ houses a rich collection of precious gems, arranged inside ’16 chambers of wonder.’ Alternatively, if this diamond-studded play park proves too trippy (and who could blame you), there is a store located in the Old Town where you can smother yourself in the shimmering stones. 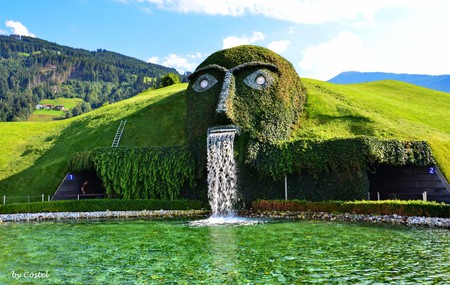 The enchanting snow globe, now a staple in souvenir stores worldwide, was created in Austria by surgical instrument mechanic Mr Perzy I in 1900. He came up with the idea when attempting to improve the brightness of the newly invented electric lamp. There are a few Innsbruck monuments to choose as the setting inside your globe, including The Golden Roof or a mountain scene. 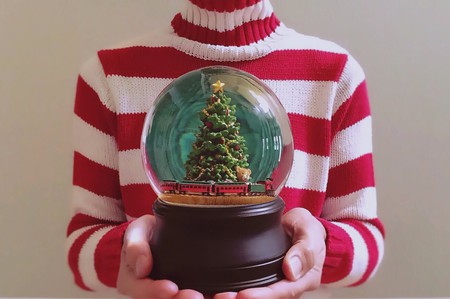 You will find a variety of animals around Innsbruck sporting the traditional attire but the cuddly bear is probably the most popular. These outfits, known as Tracht, comprising leather breeches for men and frilly corset dresses for the women, are originally from the Alpine regions of Austria. If you want to go full-throttle Austrian, then pick up an outfit for yourself — they are available in both children and adult sizes. 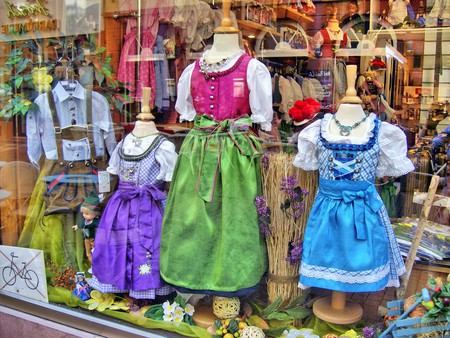